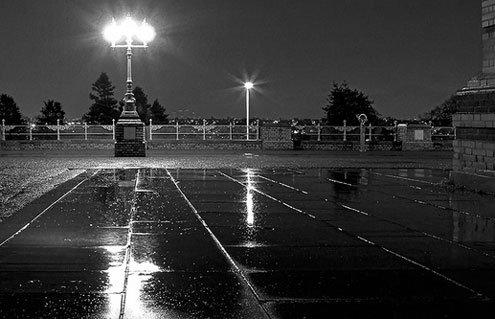 How about a movie?
I

t had been raining for nearly a week. City residents were finally beginning to surrender to the changing of the seasons. They retired sandals and sundresses to little boxes under the bed, and with them, they tucked away their swimsuits, sunglasses, and any hope of one last beach weekend.

Ally had had a pretty great summer and was sorry to see it end. Between house shares in the Hamptons and waterfront music festivals she’d exchanged a number of glances and later shared sweaty kisses in dusty doorways, tasted the salt on her lovers’ lips, and lost strands of tangled hair in their frenzied embraces.

As always, with the first cold temperatures comes the reminder that our beds are warmer in company, and a desperate urge to partner takes hold of the city. Those old phone numbers suddenly glitter with promise, and we see on those faces that had once seemed ordinary, a possibility.

So when Eric texted Ally to ask her how her summer had been, she answered.

And when he called a week later to see if she might like to grab drinks sometime, she said yes.

Eric was a kind ex-coworker from her last job at a marketing firm. He was the type that could be counted upon to show up to office happy hours, he knew all of the latest Indie bands, and he could deliver an intelligent, witty even, commentary on the current Hollywood blockbusters.

He was predictable in a comforting way, and thus no sparks had ever flown between them.

But Ally was craving a connection, and something told her to give him another chance. She told herself she just needed to get back in the game, that the drinks would be fun, and who knows?

They met at a wine bar in Midtown. He’d read about it in one of those city secrets daily emails-the ones that reach thousands of people a day-so that by the time they got there, it was no longer anything spectacular. But the wine they shared (a Mendoza Malbec) was rich and warm. Ally felt it go immediately to her legs, and halfway through the bottle she forgot about the rain, removed her scarf, and sensed a blush taking over her face.

When the bottle was gone, they took one look outside at the wet pavement, and umbrellas rushing past. Ally was certain he would suggest they split another bottle.

In that instant her hopes for wine-washed abandon were dashed.

How about a movie?

Nothing appealed to her less than to sit in a cold, dark room side by side.

“It’s raining so hard. What else could we do?” he asked.

Ally compiled a mental list of several things they could do, but kept it to herself.

It was a Saturday afternoon. The best shows would inevitably be sold out.

Ally hoped her eyes hadn’t rolled too obviously and was grateful for the low light.

“Ok, but how about a shot of something before we leave, just in case it’s really bad?”

They ordered round of tequilas, paid at the bar and left licking limejuice from corners of their mouths.

As expected, the only shows available were a sequel to an animated film and a third rate costume drama about repressed English nobility, featuring an waifish American TV actress and a whole slew of nameless, if perfectly accented English stars.

They settled into their seats in the back row and draped their coats over their legs. They were both quite warm and the liquor surged up and down Ally’s arms and settled somewhere in her lower back. She glanced at Eric and caught him glancing at her. His eyes were bright.

The opening credits drifted onto a scene of misty English countryside, and just when Ally was wondering how that dreary country could be so lush, she felt a hand on her knee. At first she thought he’d mistakenly reached for her en route to his water bottle, but his palm was decisive around her kneecap. At the sound of galloping horses it tightened into a squeeze.

She moved toward him.

The first corseted ladies appeared in the parlor, and his fingers inched higher to where her thigh-high stockings ended in ruffled elastic. Ally took a deep breath and kept her face forward.

Eric’s hand had been hesitant at first; predictable even, but now his fingertips moved in deliberate circles and dared their way up.

At the crack of a hunting rifle, Ally gasped and turned to him.

“It’s better than I thought…”

Without another word they gathered their things and dashed out into the rain.