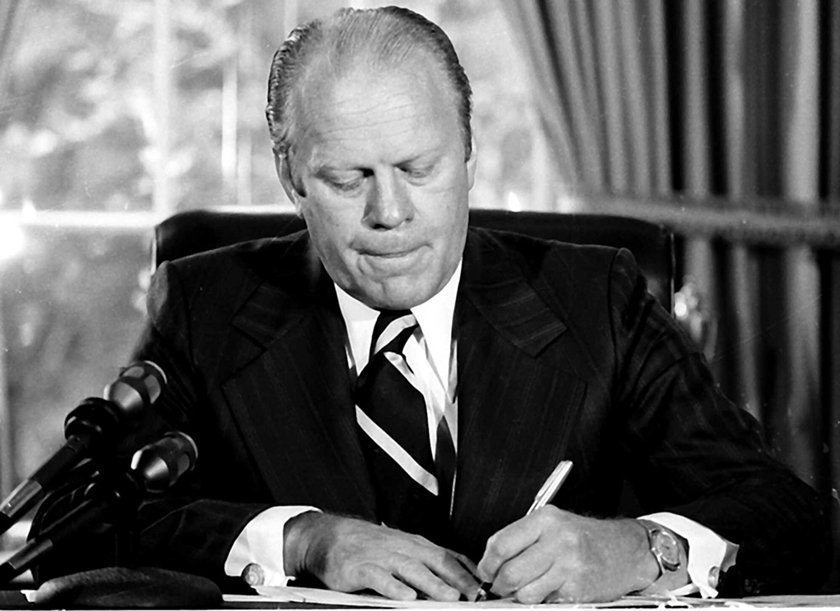 t is painful to behold the United States at this moment, painful to the point of heartbreak. For four years, Donald Trump basted the country and those he disliked in an unending litany of ridicule, invective, disdain, much of his verbal stomping little more than outright lies to facilitate what amounted to a separate reality. He did so with an impresario’s vindictive zeal, a gift picked up in part from being a Manhattan tabloid pariah for 30 years. He was not, as some said, a fascist, merely a loudmouthed opportunist eager to pick fights and win them, reveling in his own cleverness but never interested in heading up a dictatorship, since enemies, absent under authoritarian rule, were key to stoking≠≠≠ his momentum.

Now that he has been unseated, as using an unconscionable but predictable incitement to riot as an excuse, his enemies and until recently a few friends are adopting the same tone of shaming tactics, crude and outlandish, to ensure he is buried so deeply not even insects will visit his abode.

All this as the incoming president said time and again what mattered most was healing, a word that is all but inoperative in the climate of outrage that seems to burn both ends of the American candle.

The Trump spectacle is on all sides and at every level hideous, no righteous available to defend any of those running amok through the detritus of the end of his term.

President Gerald Ford chose against all advice to pardon disgraced former President Richard Nixon, arguing that lengthy court procedures would drive further wedges into a recession-riven country and bring about no positive result save satisfaction among those convinced Nixon deserved hard punishment for abusing the system he was charged with, a crime as deep and grave as Trump’s riot bid.

Ford lost the 1976 election in part as a result of this choice, but he never stood down from it. In fact, late in the campaign against Jimmy Carter he picked up traction and nearly won.

By then the name Nixon had receded a bit from daily headlines and all could see that Ford then, like Joe Biden now, was a consummately decent man who decided on an unpopular choice not because of political animosity or preference but because he thought it was the right thing to do at the time.

Perhaps that is what has vanished from this America, devoutly immersed as it is in its own quarrels, those quarrels imbued with a crueler feel than ever before, as if each bull in the ring must be put out of its misery as a matter of public ritual, civilian gladiatorial warfare.

Again, did Trump bring this on himself? Without doubt. He goaded others into seeking any opportunity to close out the blood feud on their terms. He all but begged for his own mugging, which of course will take a more elegant name.

At a time when the new president should be making efforts, however challenging, to suggest there still are states and they still are united, the spew and sputum will instead continue, its new purveyors convinced theirs is the high ground.

If only the good and common sense existed, as in the Ford era, to suggest there is no high ground in this divide, so best to set it aside and keep extremists from concocting new and more elaborate reasons to loathe all that is politics.

No luck. No luck at all.