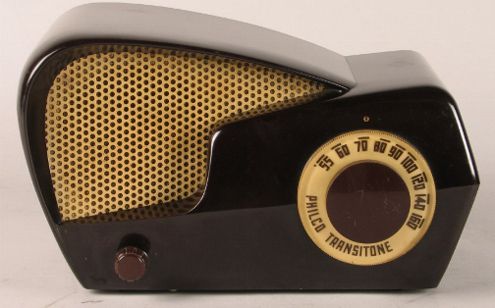 Do you have a common household problem you'd like solved?”
H

ousehold problems were my specialty. I could fix a leaky drain, or pretend to. Pretending was easier. I’d bring a wrench into the kitchen and stare at a dripping pipe for a specified amount of time. “It’s fixed,” I’d tell my mother after intense staring. Pipes loathed stares. They also hated wrenches. Such was the power of positive thinking.

My mother was to blame for what later would be labeled my “presumptuousness,” a word I rather liked but didn’t understand. It was she who brought the Philco radio — a plastic gingerbread box of wires — and put it on my nightstand table as a decoration. “Don’t ever plug it in,” she warned. “It’s broken.” I did. It wasn’t.

My bedtime in my household problem years was 9:15 p.m. Not 9 or 9:30 but 9:15. I negotiated the quarter hour after sitting at the dining room table with my father. My feet still didn’t touch the ground. I pretended he was Eisenhower and I was Khrushchev. “Nine o’clock,” he announced, as if declaring the imminent detonation of some new atomic weapon. I knew he was bluffing. I ran Soviet Russia after all. “Nine-thirty,” I countered. We agreed on 9:15. I left the table with my countless invisible advisors, all with elaborate mustaches. I was a brilliant leader, a skilled diplomat and a good liar.

But I knew nothing about wrenches.

One late winter night, while using my remarkable powers to keep the monsters behind the yellow bookshelf at bay, I slipped out of bed, plugged in the Philco. Soon, it glowed and a voice spoke.

It was 10 p.m., well into monster hour, and for the first time in my life I listened to live radio alone. “Hello,” said the friendly voice, “Do you have a common household problem you’d like solved?” I didn’t. Not yet. It turned out the voice belonged to a man named Bob Allison whose program was called “Ask Your Neighbor.”

Aside from keeping ghouls and other creatures at bay (his primary task from my viewpoint), Bob Allison also had a way with wrenches, pipes, and skittles of wire, and recipes. He could tell you how to repair a moaning dishwasher or, falling short of moan-cures, had neighborly advisors that knew what to do. I, Khrushchev, leader of the Union of Soviet Socialist Republics, negotiator of bedtime pacts, listened awestruck.

This went on for months. As my parents concluded their evenings the rooms below, their omnipotent son clandestinely tuned to Bob Allison. “So, let’s say you have a leaky pipe, where it bends,” said Bob. “What you need is a wrench to get at the mouth of…”

But the moment Bob Allison turned practical was usually when I turned out. Advice often came past 10. By then, Bob had neutralized the room’s demons. Romantic tyrants required their beauty sleep.

One night, after Bob discussed the mysteries of Popcorn Cake (which seemed like something we in Soviet Russia should make), he turned to the matter of keeping kitchen drains free of “debris” — which sounded suspiciously like some vagrant noun from my Parisian infancy. “Debris…” said Bob, mulling over the word. This made me sleepy, then sleepier, and by the time I tuned back in he was already broadcasting the drain solution, which was somehow “Crème de Menthe.” Soviet leaders should always pay attention, I decided.

No matter. Crème de Menthe was debris’ sure cure.

The next week, while washing dishes, the kitchen drain backed up. My father found a plunger and plunged. No luck. My mother stared. That too failed (she lacked my powers). I said nothing.

But I had Bob’s Crème de Menthe debris plan, and better still, we had some Crème de Menthe — which was kept, oddly I thought, in the living room and not under the kitchen sink, where most potent agents awaited their turn.

I descended the steps at 10:30, careful to tiptoe. The light in my parents’ bedroom was on but the door closed. I whisked into the living room, retrieved the bottle, and poured its thickly minty contents into the drain. I was certain this would put the “debris” in its place. And maybe it did.

I suffered a setback in the next bedtime negotiating session. My invisible advisors assured me it was temporary. I fired a minister or two. I may even have invaded a small country. But the efforts led nowhere. The Philco radio was extracted. Bob Allison left the building.

I now keep a bottle of Crème de Menthe as a souvenir. It’s above the sink on a ledge. It helps me remember when I ran an empire, when I had a radio of my own, when I solved all problems, when the night ran amok with ideas, when solving household problems — What bravado! What skill! — was my specialty.