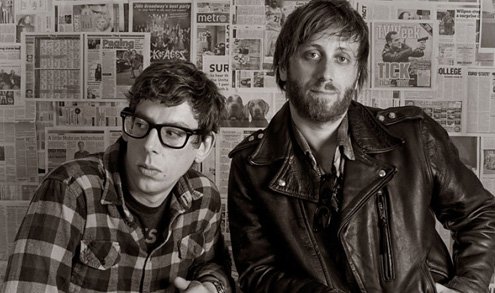 The Black Keys: What exactly are the cultural implications of two white Midwestern singers honoring the Blues?
H

e played the record you was doin’ on Junior — and I think you’re doin’ a remarkable job. I like it, you know. You about the only ones that really really plays like Junior played his record. And I am very proud. It makes me feel very proud.” • Mildred Washington

In 2005, the now celebrated Akron-born blues-rock duo The Black Keys recorded Chulahoma, a remarkable seven-track tribute to the late bluesman Junior Kimbrough. No music hypnotized me the way these powerful and melancholy songs did, each one characterized by a drone-like riff, unintelligible lyrics, and a plodding drum line. To describe it, it seems impossible that such a simple and rough record could have such a deep impact on musical taste and thinking.

And yet, when I first heard the songs — four years before starting to teach in the Mississippi Delta — they conjured up images of rusty cars, desolate sun-kissed fields, and smoke-filled rooms. The music that these two Midwesterners ripped off from an unsung hero of late Mississippi hill-country blues to me defined what “real” blues and “real” Mississippi should feel like. This was genuine, authentic, and loving music. My sentiments were, and maybe still are, confirmed by Mildred Washington’s endorsement — she is Kimbrough’s widow — at the end of the record: “I think you’re doin’ a remarkable job.”

A decade after my initial response, I still feel the same way, but with a wince.

In music, the line between authentic tribute and cultural appropriation is growing increasingly thin. Debate has emerged around who has cultural legitimacy over musical genres and the themes the music suggests. White rapper Macklemore, though endorsed by black artists, has run into the controversy despite (or perhaps because of) his ham-fisted embracing of social justice. Beyonce’ has been accused of recently claiming ties to New Orleans though she has no connection to the city.

In a small-scale way, the back and forth tussle between appreciation and appropriation has come to mirror the kind of the change that will be necessary if the U.S. is to move toward a more progressive and less racially divided society.

The debate is about far more than debating the intentions of specific musicians. Power and profit aside, it concerns genuinely appreciating culture across racial lines and establishing just what kind of cultural exchange reflects an honorable and mutually respectful society.

Will white musicians always make a greater profit off of the music of black artists? (Mississippi-born Elvis Presley drew heavily from blues and gospel music.) More to the point, is raising the question itself actually preventing us from genuinely loving, appreciating and expanding separate cultural roots in a shared space?

The issue seems more cut-and-dried in visual and artistic worlds. At a recent Mardi Gras, I eavesdropped on a white man wearing a polo shirt, clutching an imitation of a Native American headdress in his hand. “Six people told me to take this thing off! SIX!!!” he exclaimed, “Whatever happened to Cowboys and Indians?”

There can be little argument about the dubious ethics of a white man belittling the past, however unwittingly. His privilege, regardless of his ancestral background, is based on the genocide of Native Americans and the slavery of Africans. That is fact. The same concern is behind the debate over whether the Washington Redskins football team should change its nickname.

But the argument grows more nebulous when it comes to working within cultural “products.” Though cultures aren’t costumes, can someone “wear” a musical genre in a way that is genuine enough to show true appreciation?

White appropriation of the blues is old hat, and has arguably set the direction for all rock and pop music, as well as considerable hip-hop. Collaborations between white rockers and rappers abound from the Black Keys with Wu-Tang alumnus RZA to rap genius Kendrick Lamar with the dark pop-rock band Imagine Dragons.

Our current definition of what is acceptable in terms of musical appropriation is defined less by a hard-and-fast rule of who is permitted to cross racially determined lines of genre and more by our evaluation of the music. Is it good? Is it authentic? In music, wearing the headdress is fine, so long as the idea is to honor the source.

Better understanding the line between tribute and appropriation is something American society will need to consider in the years ahead. Defining the line is vital if we want to make the wincing go away.