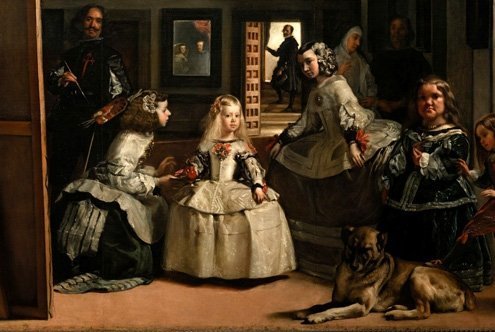 y recent trip to Madrid was like running into a high school boyfriend. Spanish was after all my first love. It was the language I studied voraciously through my academic years. We would even spend the summers together: I would bring next year’s “¡Buen Viaje!” textbook to the beach, and eagerly learn next year’s verb tenses, reciting new conjugations in my head as I floated lazily in the surf.

Eventually, though, I met Italian, and year-by-year I began to stray. I officially broke it off when I chose to study abroad in Italy instead of Spain — Spanish and I were never really the same after that.

While I did graduate with a dual language degree, I’m embarrassed to even admit that Spanish and I had a history. Although I’ve made castellano speaking friends during my time abroad, I conveniently neglect to mention my membership in the Alpha Sigma Nu, the Spanish Honor’s Society. Most recently, a tourist from Mexico stopped me in Rome to ask for directions — for the life of me, I could not conjure up the words for “go straight, and take a left.” I resorted to a strange mime reminiscent of an exuberant flight attendant before take-off.

My reunion with Spanish was initially awkward. I fumbled through introductions with the host of the B&B: she wasn’t the owner of the apartment, he was out of town, but would be back on Sunday. She was from Peru, and her nine-year-old son was staying in the house with her, she said, gesturing to a small pair of white tennis shoes by the door. I smiled meekly, mutely.

The next afternoon on my search for lunch place, I got miserably lost. “¡Hola!” I called out to a business type with a tie. “English?” he responded immediately. I burned with shame. Things didn’t fare very well at the taberna, either. After ordering the wrong dish by accident, I stopped my waiter. I wanted something else, en vez de (instead of in Spanish) bistecca (steak in Italian). I still ended up with steak. Later, the medley of dishes I ordered elicited a raised eyebrow and a flicker of confusion — had I committed a Spanish gastronomic sin? Was what I’d just asked for the equivalent of ordering a post-dinner cappuccino in Italy? I mournfully nibbled on my patatas bravas.

By the second day, I’d given up. I no longer knew Spanish, and I had never known Spain. There is a certain joy in being an outsider, a foreigner. It’s strangely humbling. In my patchwork Spanish, I made friends with a boutique salesgirl, and she patiently listened as I ran down the list of dishes I’d eaten on my neighborhood food tour. We both realized we had experienced the end of long-term relationships. Mine had lasted four years, I told her, this time in English. Mine six, she replied in Spanish. She squeezed my hand before I left. I bought an overly priced smoothie at the Parque del Retiro and watched buskers by the estanque, the artificial lake, getting an angry pink sunburn in the process.

Later, I went for tapas with an expat friend who had put down roots in Madrid, and asked him to do all the ordering. I drank too much vermouth and red wine, even sloshing the former down my front. Cheese from Asturias competed boldly with cheeses from Italy, a revelation, and I savored spoonfuls of white bean and chorizo stew.

A few hours after, my sister and I sprawled out on a bench, tipsy, faces turned towards the sky. We were supposed to be heading to the Prado Museum, but didn’t make it a block from the final bar where out local guide had left us. Velázquez’s “Las Meninas” would have to wait. I ate well, slept well, drank well, and in the end, bid Spain farewell with a kiss, a glimpse of how things could’ve been, if I’d stayed faithful.