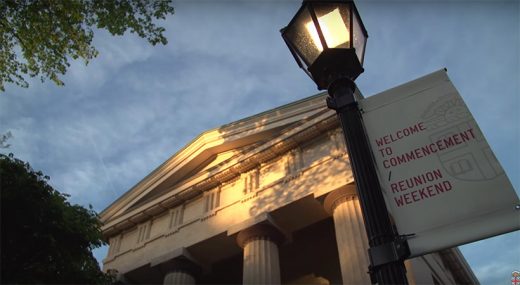 The author may not be speaking at Brown, but she still has a lot to say.
I

t’s commencement speech season. I have never been under the illusion that any educational institution would ever ask me to give America’s answer to the papal benediction. Yet over the years I have saved up advice, just in case I might be summoned.

This may be the moment.

It turns out that Brown University, where my daughter will graduate in a few days, has the unique tradition of graduation without an outside speaker. To keep her from missing this rite of passage, I put my maxims for living down on paper.

Before I get to them, two things: First, let me confess that I don’t always follow my own advice. But when I do, life is usually better.

Carry the book boxes up in stages, floor-by-floor, instead of climbing to the top all at once.

And second, when I remember these nuggets, they remind me of where they came from: wonderful people who all made it through life just fine.