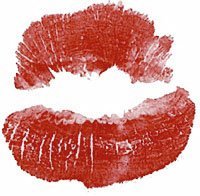 i>Mwa…mwa…slurp…slurp…smooch…smooch. That was all I heard on my bus ride home from the center the other day. The kissing couple were young teens I had the dubious luck of overhearing for the better part of half-hour. I wanted to scream, “Get a room!” Instead, I counted: 35 times in 30 minutes. I had to do something to keep sane.

Between each kiss they’d exchange an “Amorino” or “Bambolina.” I could even swear I heard the boyfriend doing a puppy barking noise.

I remember the excitement the day after a teen make-out session with my boyfriend while growing up in Miami. I’d tell all my girlfriends, “We kissed for an hour and a half … non-stop!”

Naturally, they’d look at me with envy, adding a few “wows.” It was something you looked forward to and talked about — when you were a teen.

But it was also something you did behind closed doors, in the car or somewhere private … not on a jam-packed bus

After four years of living in Rome, public displays of affection should be normalissimo for me. From time to time, though, I’m still jarred by how in-your-face some Italians can be with intimate moments.

My mom was also a bit shocked during her first visit to Italy. At first I thought she was just upset by some teens engaging in tongue-wrestling action.

We were on the Rome Metro when two 20-somethings embarked on a massive make-out session with my mom suddenly struggling to keep their armpits out of her face.

She turned to me and said, “Wow, people sure love to kiss around here.”

It happened again later that day on the bus.

My mom was sweetly convinced that Rome must be a romantic city.

I in turn was convinced that Rome was city that suffered from a deep lack of privacy.

Think about it. Many Italians (in Rome at least) live at home until they marry. Some live with five-plus roommates.

So where are they supposed to make-out?

They can’t exactly get intimate with mom in the kitchen making gnocchi.

Nor does the idea of exchanging kisses in a triple bedroom shared with two others seem very romantic.

To be fair, in Miami, we probably had more access to privacy and more options. It allowed us to be more resourceful than most young Italians. The Executive Hotel near the airport with its heart-shaped beds was ranked in the top-10 for young Miamians looking for privacy.

The beach and the airport parking lot (great for, um, watching planes take off…) were other faves.

Personally, if I had to choose between public mass transit and the park, I’d choose the park any day.

But I guess the park has lost its glitz and glamour. I mean, why pick the park when you have the amazing No. 80 Express!