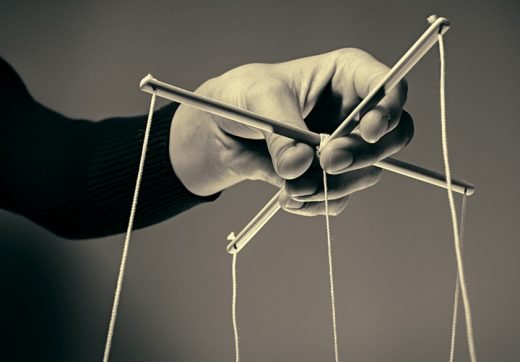 In Italy, a so-called racommandazione can alter the landscape, merit aside.
B

ack in my greenhorn days in Italy, when I was practically fresh off the boat, a hospital colleague asked me how they selected among applicants for medical school in the United States. “College grades, mostly,” I answered, “But also scores on a Medical College Admission Test, a personal interview, recommendations . . .” He chortled and said, “Allora tutto il mondo è paese!” — so all the world’s a village. “Even in great America, you have to know somebody.” I was mystified, not realizing that by translating recommendations as raccomandazioni I had produced the Italian word for having someone powerful pull some strings for you.

According to author Roberto Saviano, who has written extensively on the Italian underworld, the key players in one major Naples scandal had no notion they were doing anything wrong because no money had been traded, only favors such as giving someone’s brother-in-law a job. According to Saviano, many responded to the idea that the innocuous and ubiquitous raccomandazione could be seen as a form of corruption “with genuine stupor and indignation.”

According to Saviano, many responded to the idea that the innocuous and ubiquitous raccomandazione could be seen as a form of corruption “with genuine stupor and indignation.”

As an examining physician for Italy’s pension-regulating Social Security Administration, I once experienced the frisson of being the object of a genuine raccomandazione. A government under-secretary phoned to let me know how displeased the minister would be if a certain Signora was not given a pension. It was slightly disappointing to find on examination that the Signora in question was morbidly obese and diabetic, thus actually meeting the criteria for disability. Pension applicants devoid of connections sometimes offered small gifts, which I would gently push back across the desk. Once I made an exception, when an elderly woman brought six eggs her chickens had laid two hours earlier. The crime of her bribe paled before the crime of leaving those fresh eggs uneaten. I reprimanded the patient but accepted the loot and handed it around to my staff, who proceeded to stick pinholes in both ends and suck ’em raw.

I used pull once myself, to fix a traffic ticket. I had entered a freeway by mistake, asked the guys at both toll booths what to do, made a U-turn and drove off as they instructed, and a month later got socked with a fine for half a million lire (more than $500). I called a politician friend, he must have called somebody, and . . . the fine dropped into a black hole. What a perverse pleasure sprouted in my bosom from this tiny dabble in Italian-style transgression! Italians sometimes try these tricks in other countries, irritating the hell out of people.

Being somebody is even more important than knowing somebody. One friend happens to share a name with a star soccer player, and when cops see his license they tear up the speeding ticket. When a patient of mine got admitted to the San Giovanni Hospital for coughing up blood, I had a gastroenterologist friend who works there stop by to chat up the docs, so they’d know she wasn’t just a random carcass.

A musicologist pal in the States once wrote asking me to go to the Museo Braschi, near Piazza Navona, and buy a postcard of a particular painting that featured a small orchestra. I walked over, saw they didn’t sell postcards . . . and when I tell the story to an Italian that’s as far as I get.

“You should have gotten in touch with me,” one interrupted, “My sister-in-law works in the Art Ministry!” Another: “I have a friend who knows the director of the Villa Giulia Museum, she could have made a phone call!” What actually ensued was that I asked a guard, he opened the door to the administrative wing, and I knocked at the office of the museum director. When she heard my request she complained about the trashy exhibit that was hiding my painting behind a panel, searched unsuccessfully through her personal lecture slides for one that would do, and finally arranged for a museum photographer to come in the next week and take the picture that is now reproduced in my friend’s book. Despite what Italians think, you don’t always need a raccomandazione.