Pull the plug on AstraZeneca 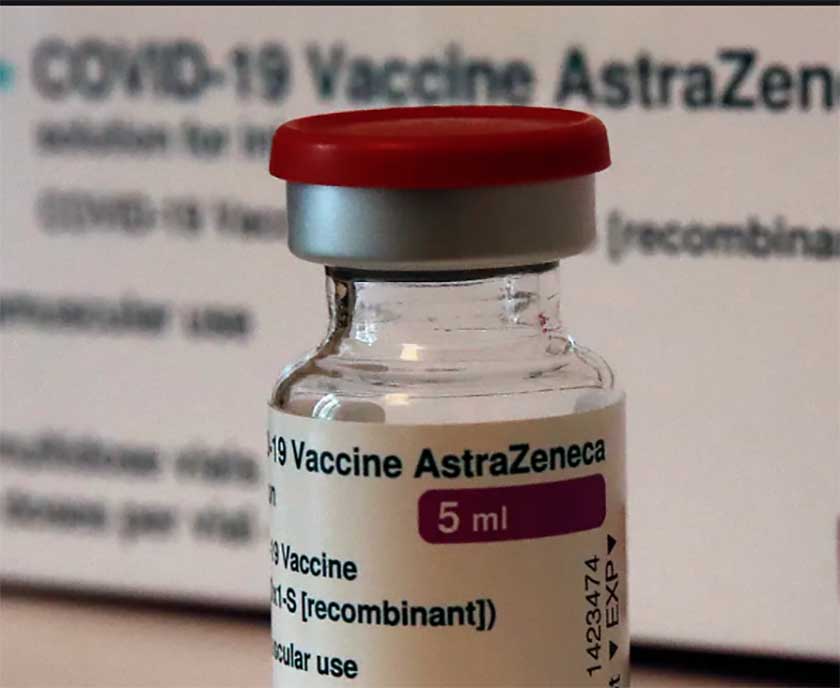 No more slack for AstraZeneca.
T

here’s no other way to put it: AstraZeneca’s COVID vaccine is in deep trouble. While other massively circulated vaccines, including Pfizer’s and Moderna’s, have been administered throughout Europe largely hitch-free, the British concoction can’t seem to stay away from disturbing headlines. The problems began months ago, when American scientists examining the company’s Phase 3 trial noted the vaccine’s efficacy was closer to 70 percent than the 80 percent peddled by company officials. That alone set off alarm bells and the U.S. has largely bypassed AstraZeneca in favor of Pfizer and now Johnson & Johnson. This is bad news for Europe and many parts of the world that pinned their hopes on AsztraZeneca orders only to have to rethink everything when side-effect news went viral.

Now, the company itself has readjusted its topline efficacy level from 80 to 76 percent. But the vaccine game is a tricky one that deepens heavily on public perception. Put side-effect headiness together with the company’s backtracking and you get a truckload of doubt all around.

This means the modest downgrading of the vaccine’s efficacy rate is all but irrelevant because the perception damage has been done. The vaccine is seen by many as inferior, like damaged goods.

The American authorities who previously looked favorably on the vaccine will now be tasked with dissecting every bit of data they have before recommending let alone authorizing its use in the United States.

But there’s an important caveat in what would seem to be an impossible deep rut. Whatever AstraZeneca’s overall efficacy rate is, and whatever U.S. authorities finally decide, already analyzed data suggests that AstraZeneca is extremely effective among elderly patients who receive the vaccine and its booster a month later. In that four-week gap between shot and booster, the elderly were 100 percent protected from hospitalization. That figure is far higher than the 70-to-80 percent rate reported in Britain. Why? The British wait 12 weeks between initial dose and booster.  That’s clearly too long.

Since AstraZeneca is in use throughout the continent, I hope the European Medicines Agency comes to recognize this critical detail and alters its recommendations to narrow this gap. If they do, European countries would be more likely to immediately revise their own vaccine-booster timetables to better protect those most at risk.

I’ve used my own backchannels to lobby my views with the EMA. I hope I’m not alone in trying to bring this fact to light.

Unfortunately for AstraZeneca, suspicion is mounting that the vaccine itself may be triggering these blood clots.

Unfortunately, however (and this takes us back to the story), the EU is already retreating from AstraZeneca based on side-effect news, some of it admittedly media hyped.

Several EU countries, including France, Spain, Holland, and Germany, have imposed restrictions on its use based on the possibility of cerebral blood clots. Significantly, these clots have cropped up in patients usually under the age of 60. Italy has so far not followed the Franco-German lead.

Germany and France have gone even farther, proposing that people under 60 who have already received the initial AstraZeneca dose be given a Pfizer or Moderna mRNA shot as their booster, bypassing AstraZeneca entirely. AstraZeneca is a viral vector vaccine. Messenger RNA (mRNA) vaccines prompt the body to make a protein that mimics part of the virus, triggering an immune response, while viral vector vaccines use a common cold virus to carry DNA instructions for doing the same thing. The switch is intended to reduce the risk of blood clots among the younger.

Unfortunately for AstraZeneca, suspicion is mounting that the vaccine itself may be triggering these clots, which takes matters beyond the side-effect stage. There is no definitive proof of this, however.

The company is clearly uneasy about the clotting issue, so much so that it suspended its ongoing trial of the vaccine among children.

My own view is straightforward: AstraZeneca clearly carries risks. But now that it’s far from the only vaccine in town, why not pull it and stick with less problematic vaccines? True, a 63-to-70 percent efficacy rate among young people is much better than nothing. True as well that the clotting odds are one-in-600,000 overall (one-in-100,000 among those under 60).

Yet that doesn’t change my mind. This vaccine is simply too controversial to be used among tens if not hundred of millions. Since developed nations do have the luxury of choice (which poorer nations do not), they should stop playing on the AstraZeneca roulette wheel.