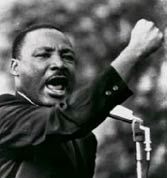 olitical promise has two sides. The first responds to programs and schemes. The second is susceptibly romantic. Neither is empty.

The reflection comes to mind as two candidates, a Republican and Democrat, gang up on a third, also a Democrat.

Barack Obama, says Republican John McCain, issues an “eloquent but empty call for change that promises no more than a holiday from history.”

But the threat Obama poses to McCain and Clinton is not, for now, issue-related. It reflects a weary combination of wanderlust and yearning. Obama is young, loquacious, physically attractive, and relentless.

The notion that he isn’t presidential material, another sound-bite bromide, makes no account for other candidates in his untested position, including Jimmy Carter and Bill Clinton, both southern regional governors who rose quickly and unexpectedly.

Carter won in 1976 (barely) because his adversary Gerald Ford was a sweet fumbler whose pardon of Richard Nixon produced public backlash; the all-oil economy was also in tatters. Clinton won in 1992 (decisively) because George Bush slumped into inarticulateness and the economy, yet again, was cheerless.

Both Carter and Clinton behaved cheerfully and energetically. At their best they were effortless and engaging.

Obama has received John F. Kennedy labels because his novelty transcends geography. Kennedy was a 42-year-old Catholic in an aging Protestant nation. Obama is 45-year-old black man in a country managed largely by men and women a decade older, most of who are neither blacks nor minorities.

This rich situational confluence tells Obama rivals they can only beat him if they make him an empty vessel, a vacation dream to McCain, a sheet of reusable paper to Clinton. Americans don’t trust vacations and disdain copying as menial. A repeat is a repeat. It can’t be disguised.

But Obama eludes these categories. His grace is smooth enough and his political instincts sufficiently relentless (in this like Kennedy) that making him resemble some imagined and failed past is unlikely to succeed. This doesn’t make him either the Democratic nominee or the next likely American president. It merely suggests efforts to dismiss him are doomed aforethought by the yearning that created him, and that facilitated his ascent.

Dreamy college students don’t own the abstract romance of promise. That’s a homespun fallacy. It’s arises instead from a general willingness to seek hope through unfamiliarity. It represents a kind of dynamic desperation that is occasionally invested, usually fervently, in a stranger. It comes to the fore when the need arises and awareness of the need is a byproduct of what it produces. This time, the need has produced and nurtured Obama.

Whether he’s destined to endure (whether he can) in an unfocused society that changes allegiances as quickly as it upgrades its roaming devices is less easy to establish. Carter and Clinton broke through before the Internet’s amazing coercions. When JFK debated Nixon, television was in its edgy, black-and-white infancy. Obama faces never-before-seen rigor. So far, and remarkably, he hasn’t faltered, once again suggesting he is not only a candidate but also a mood.

If that’s true, attempts to discredit him using traditional methods also trivialize the mob-affection he’s wakened. He’s desired because people need him to be. Seen that way, he’s not promise, but response. He’s a credible receptacle for both slight and extreme social displacement. Skeptics and cynics are more likely to say they’ve seen his likes before, they don’t trust him, he’s a shallow man, a hollow man, an opportunist. But the sum of such allegations is reactionary.

A holiday from history, says McCain. If only he recognized how deeply some wish to take such a holiday — a cruise into uncharted waters — so long as they feel strongly enough about the substance of the captain. So far, some would follow him anywhere, which ironically includes the political Promised Land.