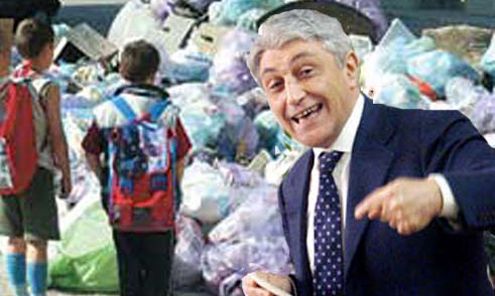 What if Antonio Bassolino was asked to write on the topic: "Think about a challenge you faced, how you overcame it and how it made you grow."
M

arch brings to fruition our household’s major fall project; my 15-year-old son’s application to “highly selective” American boarding schools. This isn’t the place to discuss the project’s merits or implications. But it has given us all much to think about.

My mother-in-law warned that my son may stop loving me if he goes away. Other mothers were suspicious at the apparent ease with which I let him go. Still others envied his chance for a rosier future outside Italy.

I discovered American realities new to me after two decades abroad. College and school admissions have become an industry. Ordinary experiences such as field trips or summer camp are now grist for the mill of America’s vocabulary of ambition — “challenge, passion, growth, motivation.” Paradoxically, the industry’s practices flatten individual achievement, which becomes easily-parodied and bland.

Diversity, a creed preached in innumerable brochure photos of smiling rainbow faces, rings of categorization; Inuit, Asian, Hispanic. With only the “Causcasian” box to check, my son looks more like a boy who has never been beyond Westchester County than a bilingual descendant of Spanish rabbis and New England puritans, Swedish pioneers and Venetian landowners.

Despite their claims to the contrary, I wonder if these schools really “get” international students who are not from recognizable English-language schools. Yes, you can translate school documents, but can you translate the realities of Italian liceo and life?

With 10 a theoretical top grade, the application industry wonders why my son “only” has eights and nines, which Italian parents would kill for. Imagine class rank in Italy? Or glowing recommendations from principals — who only meet students who are troublemakers? Prizes won? Offices held? Public service?

Try to explain that in Milan the real extra-curricular achievement is doing anything at all. Rowing means taking two buses. German and music lessons mean a walk downtown. Without a presentazione, my own advanced art history degree couldn’t get a volunteer job at a local museum. Figurati a 15-year-old boy.

Italian friends were derisive and disbelieving. After years in Italy, I too found mottoes such as “Freedom with responsibility” hard to believe. The self-marketing part made me cynical. Earnest essays sounded false. Muddled distinctions between padding and stating facts made me uneasy. It all made my old-fashioned WASP concept of modesty seem pretentious — and suicidal.

This is how meritocracy, however flawed, works, I told my skeptical Italian friends. Personal contacts that are essential here don’t reach across America’s vast social geography. In America, objective standards such as grades and school ranking are the currency of trust. Open institutions not individuals create value and make reputations.

Underlying the applications were messages and expectations that are no less important for being subliminal. They are about hope and self-knowledge, the responsibility of privilege. In the context of America’s presidential 2008 campaign — very much about such messages — and Italy’s current malaise, they are revealing. When 15-year-olds present their dreams, career plans, and personal strengths they may be self-important and sophomoric. But deprived of a chance to believe in themselves, who else will? These applications take adolescents and their plans seriously. Putting dreams on paper gives them a reality and a possible future.

Even before being accepted, these applications have told my son he has a place in the world that he must fill well. One school asked, “What are you grateful for?” Another wanted to know how he helped people. Over dinner, we got punchy making up silly answers that mocked our own privilege. The application’s message had spread and, laughing, we recognized our good fortune.

One essay asked the applicant to design an inter-disciplinary course on a topic that interested him. Here was a serious outlet for my son’s uninformed rants about Italy’s anti-immigrant feeling and the use politicians make of it. His research unearthed real statistics on Romanian immigrants, integration and crime. If only some Italian newspapers would do that.

Whatever the outcome, I am grateful my son applied. He may lose his liceo’s five years of Greek and Latin. His measurable knowledge may be less after American school. But he knows now that any life he wants, he must make. He knows that privilege has duties and they must be earned.

I feel guilty about sending my child to an elite private school and not supporting public education, which needs serious, upright and ambitious students. But I’m gratified by the idea of my son sharing schools with John F. Kennedy, Franklin Roosevelt, Kerry and the Bushes. Suspend personal bias and reflect on this: What if Silvio Berlusconi at 15 had had to write a factual essay about a real issue? What is Walter Veltroni grateful for? Has Clemente Mastella ever reflected on the meaning of helping others? What if Antonio Bassolino was asked to write on the topic: “Think about a challenge you faced, how you overcame it and how it made you grow.”

And yes, I will miss my son. And I think he’ll love me anyway.