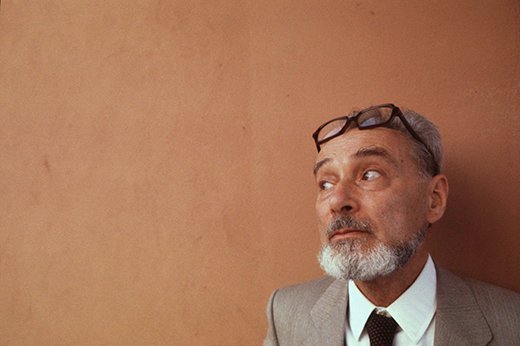 he year 2019 marks the centennial of Turin-born Italian writer Primo Levi’s birth. “If this is a Man,” a searing autobiographical account of his Nazi-era death camp internment, was and remains his most remarkable — and necessarily unforgettable — literary accomplishment to date.

As an Italian Jew, Levi (1919-1987) felt both a religious and personal obligation to chronicle his experience of the Holocaust years on the fringes of Auschwitz.

In many respects, his writing uses the recording of events to effect catharsis.

But what he most wanted was that his memoir act as a “vaccine” against the recurrence of evil as a contagious infection. Even now, nearly a century later, the memoir is as vital today as when it was first published in 1947 (it was translated into English only 11 years later but has since been repeatedly republished.)

More or less consciously (many) believe every foreigner is an enemy…[It is] in the back of their minds, like a latent infection

The prologue eerily describes the kinds of social conditions necessary to spawn and nourish an authoritarian regime that might resort to ethnic cleansing. He describes the process as gradual and contagious. “It may happen,” he writes with unsettling prescience, “[that] more or less consciously (many) believe every foreigner is an enemy. Mostly, this conviction remains in the back of their minds, like a latent infection. It manifests in sporadic acts and events and does not develop into an entire thought system or ideology. But when it does, when unarticulated dogma becomes a fundamental premise of a syllogism; then, at the end of this chain of thought, lies the Lager.”

Throughout the narrative, Levi alludes to Dante’s “Inferno” as among the most ambitious early reflections on the nature of good and evil, as well as the relationship between the two. Particularly poignant is a scene in which Levi, notwithstanding months of crushing degradation, unexpectedly summons Dante to mind and recites lines from the “Inferno” to a fellow prisoner. After brain-numbing months, Levi is awakened again to the existence of his mind, and its instinctive, unconditional respect for human life and suffering.

Once freed from the camp, a period covered in a section called “The Truce,” he must spend five months in limbo (the source of further torment) before being allowed to return to Italy. It was in this period that he transcribed still-fresh camp memories that would become the backbone of the memoir. The prose is spare, unadorned, and rich in moral clarity. The result is a vision of evil far more compelling than any pointed finger or emotional outrage.

From the start, Levi plays witness, studiously avoiding invective, leaving the reader to judge “what a man’s mind can wreak upon another man’s mind.”

Camp protocol is simple. Prisoners — an assortment of criminals, gypsies, homosexuals, and above all Jews — are first dehumanized and then systematically murdered. This genocide is intended to further Nazi Germany’s vision of itself, alone, as a nation above all others.

Levi was no bystander after war broke out. He joined the Italian Resistance only to be captured in December 1943. He was 24 at the time. What follows is a timeline beginning with his deportation. He notes careless sarcasm of Nazi troops, who subject prisoners to senseless cruelty and humiliation. Jews are subjected to the worst of it. The prisoners are herded and forced onto train cattle cars. Families are separated — women and children from their husbands, sons, and brothers. To prisoners’ wails, their captors merely shrug “later,” a reunion that will never come.

After five days’ travel across the wintry Alps without food or water, they arrive at Buna-Monowitz in occupied Poland, one of 39 satellite “work” camps in the vast Auschwitz complex.

At Buna, numerical tattoos are burned into the arms of each prisoner. It is their final form of identification, and “Primo Levi” becomes prisoner #174,517. Like the condemned in the circles of Dante’s Hell, the prisoners endure endless tribulation. Starvation, long days of forced labor in which they’re ordered to break up frozen ground, or haul ice-caked iron rods from one pile to another. Work for its own sake, for nothing was ever produced there.

At waking bugle, skeletal prisoners trot naked to the snowy campground. To the sardonic blaring of cheery German folk songs played by a camp band prisoner numbers are called out, assignments given, after which they run, still naked, to the hot showers; then through the snow, back to their housing blocks. There they finally dress, in the now-infamous striped uniform, to which each man adds whatever pieces of paper or cardboard he has found or managed to steal from another man for added warmth. It’s life or death padding against the icy winter winds.

At night, the daily “meal,” each man receives a mess tin of watery soup and a bread ration. With a subtle touch of ironic sadism, there are no spoons. Yet, the tin is made in such a way that it’s almost impossible to scrape bits from the bottom without some sort of utensil. Prisoners hunt for stray electric wires and scraps of metal, which they will rob, if necessary. With these they make spoons they sleep with, to protect against thieves, alongside the precious mess tin in their possession.

In these early months, Levi reflects on the universality of evil. “Even in the past, I saw man exploit man in such a way.” Only this time, the exploitation is massive and organized. He observes in detail the slow death of minds and bodies. Many are the murderous days and nights.

“If this is a Man” moves closure in the inexorable guise of Greek Tragedy. The narrative voice slides effortlessly between “I,” “you,” and “we.” It is a morality tale that, then as now, serves as a cautionary story about the human condition and what can happen when all notions of civility collapse or are dissolved in the name of “first-ness.”