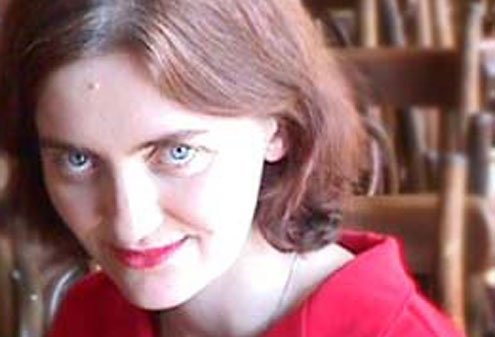 hort-listed for the 2010 Booker Prize in Fiction, Emma Donoghue’s novel “Room” is a darkly compelling account of a young woman, her five year-old son, Jack, and their long-term imprisonment by her kidnapper and sexual predator.

Sound like a phenomenon abraded almost to commonplace by media coverage? Not here. Focusing through victim perspective, Donoghue gives her tale a passionate, human face.

The young woman in this novel is Ma. She and the child fathered during captivity are held in a secret jail. That’s their Room: an 11×11-foot backyard shed. Sound-proofed, it has an opaque skylight, a key-coded metal door, and floor and walls made inviolable by thick iron mesh.

Now 26, Ma was snatched off the street at nineteen by a total stranger. Since he “has no heart,” she secretly calls him “Old Nick.” His nightly and marathon abuse of her produced one stillbirth, then Jack. He’s the child-narrator of Donoghue’s novel.

Jack’s account starts on his fifth birthday. It will have five parts. Through his quick eyes we follow him and his mother through the shattering traumas of their victim and post-victim lives.

This is a fine novel. So let’s get one possible reader problem off the board right away. Truth is: adult tales told by children are usually land mined with market targeting. You have to be an exceptional writer to use a present tense, five-year old narrator — and make it work as profound, probing, and deeply human account. Donoghue does just that. No saccharine here.

There’s austerity in the five-part narrative arc. And there’s an uncanny psychological rightness in the language and perceptions of this child, who suffers malnutrition, who’s never stepped outside his jail, who still breast feeds. But who has his mother’s love. Shared love is the only survival tool they possess. Through mother and child’s unconditional trust, shrewd planning and a lot of luck, they’ll escape. To a real world neither of these malnourished, sense-deprived victims is ready to enter.

What makes this horrific tale most credible, and haunting, are Jack’s unembellished descriptions of their day to day. Given his age and cave-like growth environment, he has no other universe by which to measure — or even guess at — the perverse sufferings that’ve been inflicted on him. Donoghue leaves captioning to the reader’s adult yardstick.

Chapter I is “Lying”: Jack’s straight-out diary of the 24/7 in Room. Because his arrival brought human warmth to the isolated young mother’s life, in return she gives him the greatest gift in her power. She denies herself the false solace of sharing her pain. To protect her child from the brutal truths he is too young to comprehend, or mentally survive, she lies to him.

She pretends their dungeon is the sole real world. Full of marvelous things to do, many games to play, and much to learn. There’s reading, writing, numbers, stories to memorize, their daily Phys Ed hour, and late afternoon children’s shows on an ancient TV. She explains to Jack that the people and places they encounter in books and programs are just make-believe. For the objects in their cramped cell are unique, aren’t they? As such they need no articles. They’re: Room, Sink, Bed, Rug, Floor, Wall, Stove.

And there’s Wardrobe. Here Jack sleeps, to be safe from Nick’s sight and mind, when he arrives each night at nine p.m. with their scant daily food supply. Then he “makes the bed squeak hard.” Once, Jack counted 267 thumps before dozing off. The next morning he sometimes finds his mother in a temporary semi-coma of depression. She’s “gone.” He reads one of their five books while he waits for her to come back.

One night in Wardrobe Jack makes a sound, which startles Old Nick. In psychotic rage, he tries to strangle Ma. For the next few days he cuts off their heat, light and water, and brings no food. He’s getting dead-on dangerous. Time for Ma to plan a desperate, dangerous flight. But, first, Jack has to be prepared. He must learn that their books and TV actually do represent another, very real world. To which they must escape. Chapter II is Ma’s “Unlying.”

The rest is pure page-turner, paced in fear, doubt, and suspense.

With precision tactics, Donoghue’s novel painfully underlines the physical and psychic havoc produced by sexual predation. To her great credit, the author’s created an original and riveting tale. Its impact relies on reader empathy with her two richly individualized protagonists. “Room” lays bare the minds and hearts of humiliated and degraded abuse victims.

This is a book you won’t easily put down. Or forget.