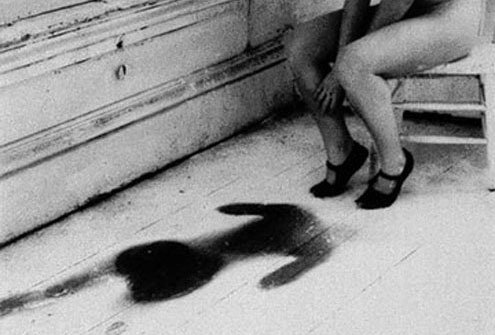 Shapes and shadows.
A

my and Michael met for the first time shortly after Thanksgiving. They’d caught each other’s eye on a dating website, exchanged a few short emails, and had decided to meet before they had any more time for preconceptions.

She was headed out to a country house with friends for the holiday and he had scheduled a scuba-diving trip to Indonesia, so they had a week until their date for drinks.

From what she knew of him — or from his profile rather — he’d lived a portion of his life on a boat, traveled extensively, held down a respectable job, and loved the stars. He also had the kind of smile she knew by now to run from.

So of course she didn’t.

She was also surprised to receive an email from him the next day. A greeting from Indonesia.

Although the words were few, she was instantly flattered. She responded that she was arm deep in a 20-pound turkey, and Happy Thanksgiving.

He response came in minutes. A new subject-heading read: Must be the Jetlag. She opened it to find even fewer words than before… and one very large photo.

She was delighted. Discomfort came next when she realized she ought to be shocked or offended, but was pleasantly surprised instead.

Another photo followed and she responded that jetlag certainly became him.

She was also slightly saddened to realize that he probably had no plans to take her out on an actual date. His intentions were as clear as the resolution in his phallic portraiture.

The next morning she awoke to find more photos. Only this time they were underwater shots of sea creatures and exotic algae. That afternoon he sent her a series of the sunset.

When she asked about the fish he said that one of them had bitten him and that it might require a kiss.

Charmed again, she rethought her former conclusion. That is, until he sent her another picture that night and told her he’d been bitten by a clownfish… down there. And couldn’t wait for her to administer first aid.

That settled, she ignored him for the next few days and figured their first date would be their last, so might as well enjoy it.

When the night finally rolled around, as expected they skipped the drinks and headed straight for his apartment. He was kind, smaller than then he seemed in pictures, but compact. The smirk was as dangerous in person.

They made quick conversation and she had to admit she found him engaging. Their words skittered around the room and their gazes darted here and there, and smiled when they met. Their heat was palpable.

When he took her head in his hands and kissed her it flared. Amy reveled in the instant and easy chemistry. Their bodies moved expertly together — no knocking of the teeth, no faulty angles — his grip on her hips a perfect fit, as if they’d been carved for this very purpose.

When they finished he pulled her face to his chest and brushed her hair behind her ears. They lay in bed for a while and talked. He pointed out constellations on the ceiling. They discussed the merits of Harper‘s and New York Magazine. She told him about a book she was reading about lost languages.

They said goodbye and he kissed her. One hand on her cheek. They made no plans to see each other again.

It happened a month later. He sent her an email and 15 emails later she sent directions to her place.

She let him in the door and he kissed her, smiling. They tumbled up the stairs and caught up on life in general as he undressed. She wore a long semi-transparent nightgown made of filmy maroon-colored linen that revealed her shapes and shadows. He took her in his arms on the couch at first, loosening the straps with his teeth. He bit the back up her neck until she squirmed, pressing her back into his chest. When neither could stand it he carried her to the bed, where their bodies rippled with practiced perfection. The curtains fluttered in the afternoon breeze until he slammed the windows shut to keep her screams contained to the upstairs room.

Before he dressed he examined her bookshelf, pulling out odd titles that he also owned and suggested a few. One of them he promised to bring the next time he saw her. They lingered by the door and rushed out words about photography and travel. They packed some profundity into their last few minutes. It hung in the doorway after he was gone, clouding any sense she could make of their encounter.

While she straightened the couch cushions and replaced misplaced books, she hugged her shoulders and wondered when or why the next time would be.