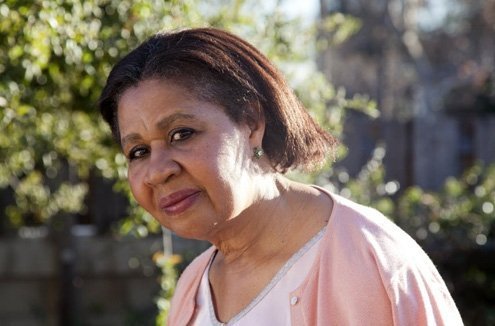 For Antiguan-American author Jamaica Kincaid, tourism has a deeper and less agreeable meaning.
I

n Don DeLillo’s memorable novel “White Noise,” a character describes the tourist experience as the act of “taking pictures of taking pictures.” Most tourist perception is essentially predicated on expectations created before the trip. Since the tourist experience is brief, pre-set expectations play a fundamental role. As a result, mass tourism tends to create a mirror-game in which the behavior of “natives” can mimic tourist expectations. While media can help shape these expectations, the post-modern tourist has one underlying if paradoxical goal: the illusion of not being a tourist.

This is the framework in which novelist Jamaica Kincaid, born and raised on the Caribbean island of Antigua, sets her celebrated if harshly criticized short novel “A Small Place.” First published in 1988, the novel contains a first-person narrator — let’s call him “the guide” — who addresses the reader directly and offers a descriptive tour of Antigua. But the guide is neither welcoming nor accommodating. Kincaid refuses to accommodate typical tourist expectations.

Her guide is instead harsh, sarcastic, overheated and at times entirely reckless. Like a Caribbean Virgilio, Dante Alighieri’s legendary guide in the “Divine Comedy,” Kincaid’s guide leads the reader through the inferno concealed within apparently idyllic Antigua.

But Kincaid isn’t satisfied with simply offering the reader an alternative point of view. On the contrary, and interestingly, she feels the need to underscore the “tourist” status of her reader, annoying some critics.

Here is how the guide introduces the island: “If you go to Antigua as a tourist, this is what you will see… As your plane descends to land, you might say, What a beautiful island Antigua is — more beautiful than any of the other islands you have seen, and they were beautiful, in their way, but they were too much green, much too lush with vegetation, which indicated to you, the tourist, that they got quite a bit of rainfall, and rain is the very thing that you, just now, do not want, for you are thinking of the hard and cold and dark and long days you spent working in North America (or worse, Europe) earning some money so that you could stay in this place (Antigua) where the sun always shines and where the climate is deliciously dry and hot for the four to ten days you are going to be staying there; and since you are on your holiday, since you are a tourist, the thought of what it might be like for someone who had to live day in, day out in a place that suffers constantly from drought, and so has to watch carefully every drop of fresh water used (while at the same time surrounded by a sea and an ocean — the Caribbean Sea on one side, the Atlantic Ocean on the other), must never cross your mind.”

Kincaid’s detractors use this tourist shaming as an example of discrimination. But is it really? I read it instead as an invitation to recognize tourist status and acknowledge it with serenity. The guide is straightforward. No matter how open-minded and well informed a tourist might be, the “state” of being a tourist is inescapable. You are a tourist as soon as you worry about how rain might affect your vacation. You are a tourist if you find poverty picturesque or if you feel nostalgic affection for the simplicity of a certain lifestyle, which the locals might find unbearable. A tourist simply cannot merge with the local environment, at least not in the developing world. The tourist might meet and befriend those making a living from the tourist industry. They might carry home a pleasant experience. But the illusion of making a 10-day vacation into an experience of depth remains just that.

Kincaid’s guide is eloquent in this regard: “That the native does not like the tourist is not hard to explain. For every native of every place is a potential tourist, and every tourist is a native of somewhere. Every native everywhere lives a life of overwhelming and crushing banality and boredom and desperation and depression, and every deed, good and bad, is an attempt to forget this. Every native would like to find a way out, every native would like a rest, every native would like a tour. But some natives — most natives in the world — cannot go anywhere. They are too poor. They are too poor to go anywhere. They are too poor to escape the reality of their lives; and they are too poor to live properly in the place they live, which is the very place you, the tourist, want to go — so when the natives see you, the tourist, they envy you, they envy your ability to leave your own banality and boredom, they envy your ability to turn their own banality and boredom into a source of pleasure for yourself.”

I disagree with the idea that all natives detest all tourists, yet the guide’s description is stark and effective. Though a tourist may come to traveling through years of hard work, it is still a privileged act. In the end, the guide seems to suggest that being a tourist is in fact a desirable privilege, and that even “taking pictures of taking pictures” might be acceptable — so long as the tourist is admonished by an awareness, which the guide provides: “…it is as if the beauty of the sea, the land, the air, the market, the people … were a prison, as if everything and everybody inside it were locked in and everything and everybody that is not inside it were locked out.”

This is Jamaica Kincaid’s postcard from “paradise,” both hard to endure and unforgettable.