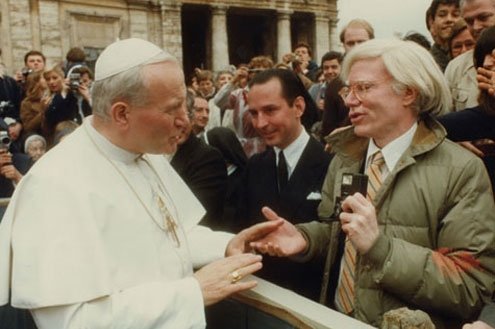 ope Francis I recently issued his first apostolic exhortation, a kind of rambling reflection that tends to sum up recent views and offer an array of advice. It is not an encyclical, tantamount to a papal novel, or an apostolic letter, which usually focuses on a single theme. An exhortation — this one titled “The Joy of the Gospel” — is intended to do just that: exhort, or preach.

Not surprisingly, mass media immediately seized on the document as a “major work.” One news agency labeled it “a meditation on how to revitalize a Church suffering from encroaching secularization in Western countries” that “echoed the missionary zeal more often heard from the evangelical Protestants who have won over many disaffected Catholics in the pope’s native Latin America.”

Another insisted “Francis … struck a markedly different tone to his predecessor on several issues” and noted that the pope had “expanded on his concerns about economic inequality,” including strong new statements that criticized the global economic system as a form of “a global tyranny” and attacked the “idolatry of money.”

Yet another outlet underscored the document’s “simple and warm preaching style, distinct from the more academic writings of former popes.”

These, it suggested, were words from a new kind of pope who had “set an example for austerity in the Church, living in a Vatican guest house rather than the ornate Apostolic Palace, traveling in a Ford Focus, and last month suspending a bishop who spent millions of euros on his luxurious residence.”

“Pope Francis has pioneered a more informal style as pontiff,” it concluded cheerfully.

Here then are some useful papal excerpts, noteworthy precisely for their clarity and lack of academic confinement.

— “It is manifestly unjust that a privileged few should continue to accumulate excess goods, squandering available resources, while masses of people are living in conditions of misery at the very lowest level of subsistence.”

— “In many parts of the world society is given to instant gratification and consumerism while remaining indifferent to the damage which these cause.”

— “Simplicity, moderation and discipline, as well as a spirit of sacrifice, must become a part of everyday life, lest all suffer the negative consequences of the careless habits of a few.”

— “In today’s industrialized countries people are dominated by the frenzied race for possessing material goods. Consumer society makes the gap separating rich from poor even more obvious, and the uncontrolled search for a comfortable life risks blinding people to the needs of others.”

— “[Peace] is lost when economic exploitation and internal strains on the social fabric leave people defenseless and disillusioned, a ready prey to the destructive forces of violence.”

— “The dignity of the person and the defense of his or her human rights are in the balance … in countries where many individual liberties are guaranteed but where individualism and consumerism warp and distort the values of life.”

— “By encouraging … the search for simpler ways of life that are less exposed to the tyrannical pressures of the instincts of possessing, consuming and dominating and more open to the deep rhythms of personal creativity and friendship, you will open up for yourselves and for everyone immense room for the unsuspected possibilities of peace.”

— “The history of our time has shown in a tragic way the danger which results from forgetting the truth about the human person. Before our eyes we have the results of ideologies such as Marxism, Nazism and Fascism, and also of myths like racial superiority, nationalism and ethnic exclusivism. No less pernicious, though not always as obvious, are the effects of materialistic consumerism, in which the exaltation of the individual and the selfish satisfaction of personal aspirations become the ultimate goal of life.”

Finally comes a straightforward call for “a profound change in modern civilization’s typical consumer life-style, particularly in the richer countries,” an approach that might reflect the new pope’s Jesuit modesty and pastoral clarity of purpose.

Except these statements did not come from Argentina’s Francis: Instead, all were written or spoken by Poland’s Pope John Paul II between 1980 and 1999. Karol Wojtyla’s lonely role as the world’s chief critic of capitalism’s ethical inadequacies was undone by his steadfastly rigid approach to Catholic doctrine and a resistance to dissent, one that provoked considerable scorn in progressive circles and would carry over to his successor and former lieutenant Benedict XVI, who was further dogged by a host of sexual abuse scandals.

It was John Paul — perhaps the most confidently spontaneous pontiff ever — who in the 1980s first called on wealthy nations to erase, or rethink, Third World debt.

So it is that Pope Francis’ “Joy of the Gospel” opening salvo — “The great danger in today’s world, pervaded as it is by consumerism, is the desolation and anguish born of a complacent yet covetous heart, the feverish pursuit of frivolous pleasures, and a blunted conscience. ” — is but an eloquent recycling, making the words of 19th-century British humorist Thomas Hood more pertinent by the Tweet: “There are three things which the public will always clamor for, sooner or later: namely, novelty, novelty, novelty.”

Often when there’s none to be found.