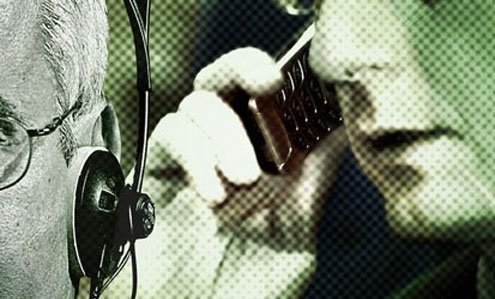 Believe or not, the story isn't Berlusconi.
I

taly is a nation of gossipy eavesdroppers whose judiciary thrives on trafficking in insider information. This, and not Prime Minister Silvio Berlusconi, is at the core of debate about legislation that would restrict illegal wiretapping.

A number of facts bear noting.

First: Similar though less punitive anti-wiretap measures passed with ease four years ago under the stewardship of center-left Prime Minister Romano Prodi. The so-called Mastella Law, drafted on the heels of a slew of wiretap-leak scandals, assigned criminal penalties to illegal wiretaps and stiffened fines on media that published leaked recordings. Voted in by near-acclaim in November 2006, the law was instantly forgotten.

Second: Italy’s elitist structure pits executive against judiciary, with one exercising legislative power and the other overseeing its abuse. Criminal probes into underworld corruption and its political ties are built into the country’s fragile system of checks and balances. The judiciary, in its self-styled role of monitor, has long leaked relevant and frivolous information to the media to assert power and humble the greedy.

This tacit agreement has seen to it that newspapers and magazines (most government-subsidized in varying measure) invested little in investigative reporting, relying instead on second hand dirt. Losing insight into the overheard would put Italian newspapers on the ropes, requiring them to separately investigate, confirm and corroborate, which is expensive, difficult and inimical to their editorial makeup. So love of truth isn’t the motivator.

Third: While Prodi’s watered-down legislation hardly dented the judiciary, Berlusconi is not Prodi. He is powerful, efficient, and spiteful. The outline of pending law disturbs the judiciary less than Berlusconi’s willingness to apply it. He’s a natural at the routing of legal opponents to protect himself and his friends.

Fourth: Italian authorities wiretap more than any democracy in Europe. A significant part of the judiciary’s budget goes to eavesdropping, which is preferred to sleuthing. Authorities say listening into Italy’s multinational underworld tapestry makes for faster busts. But wiretaps also fit into to an eavesdropping mentality oriented toward stitched-together conspiracies. The salacious overflow, some of it criminally irrelevant, is often leaked to “freeze” suspects until more credible details are collected. Bystanders can be sucked into a mean stew.

Though public opposition to the new legislation is focused on Berlusconi — framed in traditional “stop-the-tyrant” style — the underlying concern is the drying up of a subterranean network that arguably shouldn’t even exist.

Most leaked wiretaps play to the guilty-until-proven-innocent side of Latin law. The private goes public when it suits sensational (and political) needs. Defenders of status quo insist with passion that this is only method 21st century Italy has to ferret out secrets and lies.

Realistically, however, the culture of wiretapping is but a lazy vestige of fascism, communism and secret police culture, created to confirm pre-existing suspicions and allow authorities to command and manipulate details they could then use to publicly assassinate the character of the disliked.

Wiretaps have long represented a perfect shortcut. Losing them admittedly means losing a rich source of under-the-counter information. What it doesn’t mean is an end to a free press, only an entitled one. Publishing wiretapped conversations, legal or otherwise, were always inimical to Anglo-Saxon reporting. The absence of overhearing made investigative reporting all the more challenging, and ultimately more credible.

While magistrates may be right to denounce government interference on listening in, the objection yields the larger problem: stealing whispers are the only way to keep Italian society to keep an already systematically deceitful culture from living an endless lie.

The American “fruit of the poisoned tree” retort, namely that illegally obtained pre-trial information is tainted and therefore can’t buttress separate allegations, lacks logic in Italy, which sees entrapment as means to rein in the rich and powerful so they won’t prey on the poor and powerless.

Though civil libertarian predictably bash Berlusconi as a purveyor of Big Brother laws drafted only to protect his cheating heart, it’s not that simple. The real issue is an addiction to overhearing.

Take away eavesdropping and you cut the heart out of the watchdog judiciary, Italy’s only institutional opposition. That in turn cuts the fuel lines to newspapers and television, meaning potential misdeeds and scandals get stuck on the runway. Letting that occur is no doubt risky, but no riskier than eight decades of the noble and ignoble ignoring of the private on a whim.