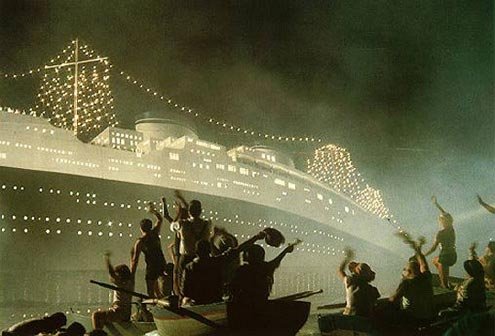 e came of age before easy self-promotion. My would-be girlfriend, a gifted poet, shared her work to a select few, her poet suitors mostly, who returned the favor. It was the sly incest of a New York college circle, with face-to-face shyness making larger ambition seem gross. Fame would come to us, we thought; it couldn’t be teased to life.

All of us (minus me, it’s true) sought applause, but mostly from respected “elders,” poets all — John Ashbery, David Shapiro, and New York School of poets hangers on — with many hoping for a miraculous break from the New Yorker or the New York Review of Books break. Envy and jealousy arose usually when a talented girl came into the writing mix, stirring male attention.

These memories perk up in the context of a feature about New York fashion, 21st-century style, apparently amok with dress-the-part bloggers who call themselves “guerrillas” or “snipers,” phrases we of the 1970s associated with a different kind of menace — as in the Red Brigades or the Tupamaros — and not weaponized self-promoters determined to brand their egos at any cost (“second selves fashioned purely for public consumption,” “alter egos” built with “military precision,” writes The New York Times.)

In fairness, we mostly lacked the tools to transmit our various biases, let alone give them military precision. No doubt the poets of the day would have extended their reach had they possessed the online means, but they didn’t, in retrospect a lovely disability that nurtured a separate time-space continuum in which inner circle players preferred intense verbal grudges over public fights, emotional but always content-driven, as in, “he can’t write,” even if many argued about just what the accusation meant (and still do).

I knew the battlefield first-hand. My poems were modest. A would-be journalist, I wrote them only to keep up with my would-be girlfriend, the poet I dreamed of seducing, and eventually did. Prolific and supportive, she stoked my puppy dog keenness. My courtship was all about words. I needed in droves to keep pace with those buzzing around her, with their readings and awards.

So I wrote a long poem to defend myself, “The Rex in ’34,” about an Italian liner sailing from New York to Italy at the height of fascism (there was a line in it that she liked: “Dragonera’s rock deserted the mainland at midnight,” and that, to me, was all that mattered).

Misspellings and mistakes aside, never mind that I wasn’t entirely sure what the poem “meant,” I submitted it to the Academy of American Poet’s for their college-wide prize. I stood no chance, I knew, but she’d insisted, enchanted by Dragonera’s rock. My rivals not only sought to woo her but also to humble me as the charlatan, a teen of few readings. I worried. I fretted. I pretended I hadn’t applied.

I also won. She nodded and kissed me on the cheek, a prelude. Her suitors scoffed. We celebrated, the few who believed in me, much laughter in New York dive, even funnier because I didn’t drink.

I recently rediscovered the American Academy of Poets citation, to Christopher Winner, in recognition of. It dwells on the word “meritorious.”

The others, the “losers,” would all go on to stellar writing careers. I in turn got the stunning poet, albeit briefly. She left me soon for very pretty boy, a blond. They moved to Chile.

No matter, though it did then. We simply had no horns to toot, no public brands to display, no ego-driven guerrilla tactics to blog or tweet for wealth, attention or spite. We had only our half-underground pride and persistence, and an absurd desire to ascend history’s literary rankings, to compel the world to think of us as writers of record. This until we grew older, married, and generated a production line of children to fill in blanks and shortcomings, to spread ambition on our own behalf and pose for today’s increasingly immediate day-to-day.

Except that I had none, leaving me (not unhappily) with an image of the liner Rex, Dragonera’s rock, and ample rhymes of memory, which I recite in the way many of us, coming of age, once slotted a dime, then a quarter, into a phone, hoping the investment might yield a voice.