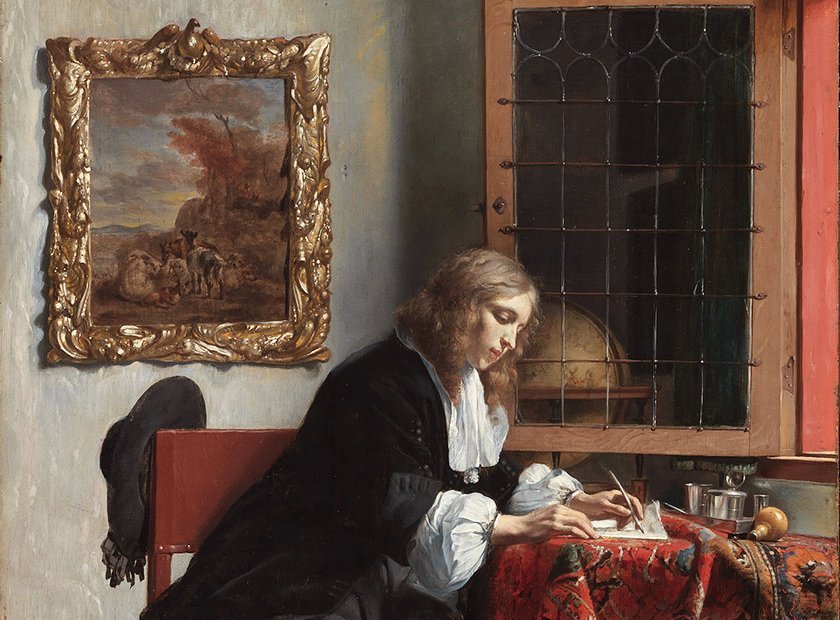 lassical quotation is the parole of literary men all over the world. • 18th-century English writer and moralist Samuel Johnson

I am often asked where I find the quotes I use to open my essays. The easy answer is that I’ve read extensively for years, taking in both fine and admittedly less-than-fine authors. Writers and speakers who cite quotations before opening their work are usually either praised or pilloried. I use quotes regularly so you know where I stand on the matter.

I think some remarks are well worth repeating, because, as French novelist André Gide nicely put it, “Everything has already been said, but since nobody was listening, we have to start again.”

Wit is a critical ingredient in my choices.

Together, wit and humor in can be helpful in setting a tone. For example, I’ve always appreciated Demetri Martin’s quip that goes “‘I’m sorry’ and ‘I apologize’ mean the same thing. Except at a funeral.” Wit is a wonderful tool.

Some quotes may contain unintended wit. Gore Vidal’s “Never offend an enemy in a small way” comes to mind, and I’ve always followed the suggestion with gusto.

Frederick Nietzsche wrote “Amor Fati,” or love your fate. I never have.

Another witty snippet comes from Fyodor Dostoyevsky, who wrote: “We are all good fellows — except the bad ones, of course.”

I’m also fond of an unattributed line that makes a point about hypocrisy: “I have noticed that even people who believe everything is predetermined and we can do nothing to change it still look both ways before crossing the road.”

Though some people enjoy quotes which illuminate aspects of the self they hadn’t thought of before, most go for those that reinforce existing beliefs. Here are two such examples, the first from George Bernard Shaw, the second from Herman Melville:

Those who dislike quotes often do so because, before you’ve begun writing, they’re made to read something that’s not in tune with preconceived notions. Never mind that the comment might be illuminating, or true.

Frederick Nietzsche wrote “Amor Fati,” or love your fate. I never have. Instead, I’ve always worked to change it if it suited me.

Sometimes a quote tells us a great deal about its speaker. Take J. Edgar Hoover’s “Justice is incidental to law and order,” a notion my experience has come to make me believe with all my heart. But it’s instructive to hear it articulated by the onetime head of the FBI, a man with as many critics as admirers.

The passages I pick mirror my convictions, and Hoover’s remark plays to my inner disdain for authority.

There are endless quotes that make authority out to be despicable, whether spoken by cops or politicians. To my mind, the most brilliant and succinct comes from Miguel de Cervantes’s “Don Quixote,” which very simply reads: “Under my cloak, a fig for the king.”

Old sayings can also reflect current events, suggesting man doesn’t learn much from his mistakes. When I think of the American right wing, a Bertrand Russell thought comes to mind: “The whole problem with the world is that fools and fanatics are always so certain of themselves and wise people are full of doubts.”

Amen to that — yet Donald Trump won more than 70 million votes in his losing effort.

It always surprises and enlightens me when I see similarities among remarks on all manner of subjects over the ages.

Here’s James Baldwin: “You’ve got to tell the world how to treat you. If the world tells you how you are going to be treated, you are in trouble.” And Margaret Mead, who comes at the same theme from a different perspective: “The white world … [has] built its dignity and built its sense of identity on the fact it wasn’t black, the way males in this country built their sense of superiority over the fact that they are not female.”

Richard Feynman, an American theoretical physicist, has always been a hero of mine. “I’d rather have questions that can’t be answered,” he once wrote, “than answers that can’t be questioned.” This piggybacks on Voltaire’s chestnut: “Judge a man by his questions, not his answers.” Historical truths are usually constant.

Travel, my favorite subject, is awash in ideas.

Two I like especially are American critic Susan Sontag’s “I haven’t been everywhere but it’s on my list,” and Melville’s “I am tormented with an everlasting itch for things remote.” Yes, indeed.

Seeking solace in the wisdom of others can be particularly gratifying in in a period that often seems to border on the absurd, and this period qualifies.

Take to heart the words of Rachel Naomi Remen, a teacher of alternative medicine, who once made the following suggestion: “Perhaps the secret of living well is not in having all the answers but in pursuing unanswerable questions in good company.

May this turbulent time of little hope and not a little despair find you in good company. In the end, all we have is each other.