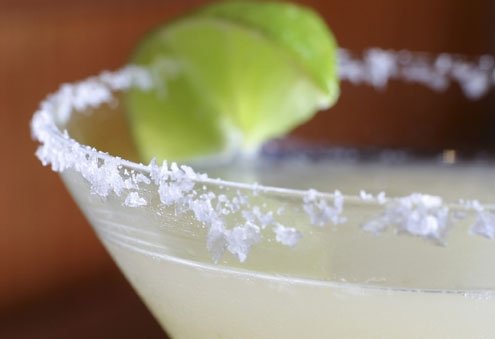 or almost two years, I’ve called Italy home. That’s time enough for a person to go from a single cell to a walking, chattering being.

In the summer of 2009 I was in an air-conditioned office in Washington, D.C., making phone calls, tapping away on a computer, and counting the minutes until 5:30 p.m., that sacred hour when I’d exchange my heels for flats and walk home in the muggy heat. Over frozen margaritas with friends, I’d try not to think about the fact that each day’s eight-hour accomplishment was writing a story, maybe two. They were then dispatched into cyberspace, seemingly to vanish forever. I’d often be writing about the same topic as thousand other young reporters in Washington.

I tried not to think about the day I might wind up on the other side of the desk, red-pen-wielding and authoritative. Where coworkers decked out their cubicles with political cartoons, I covered mine in travel photographs.

Half the time, I work barefoot, my office on my laptop. The other half, I’m poking through ruins, examining art, exploring Italian cuisine — occasionally being sent elsewhere on assignment.

But not everything is as it seems. Beneath even the happiness of knowing you’ve organized your life to suit yourself, every expat is nagged by an underlying… feeling.

It’s not fair to call it homesickness. So far, the absence of American culture hasn’t tugged at my heartstrings (as the cast of “Jersey Shore” transported to Florence’s piazzas reminded me).

What I miss is more specific. Fresh-baked bagels. Indie concerts. Mailing an envelope in less than an hour. But these gaps and annoyances haven’t made me think of throwing in the towel. Most of my expat friends feel the same way. They stress what Italy has: the perfect espresso, the joy of finding a “new” ancient ruin on a stroll, being greeted as “bella” by the owner of the local pizzeria.

So when I do think of leaving it’s not about guacamole or Glee, but about people. About family and friends. Even about the random college acquaintances that I probably wouldn’t run into in the U.S., but certainly won’t here.

Sometimes my mind plays tricks on me. I feel like I saw these people just days ago, even if it was months, or years. Despite faithful Facebook updates, it’s always surprising to find out that somebody has changed jobs, gotten married, or had children.

Not thinking about this is an unconscious’ way of coping: You fool yourself into believing that if nothing’s really changing you’re not really missing anything.

One night, I had a dream that one of my best friends had moved from New York to Chicago. I woke up sad that I’d never again live in the same city with her. And even though she hasn’t moved to Chicago, the longer I stay in Italy, the more it’s possible her life will change.

My mother was never thrilled with my decision to move abroad. Her mood occasionally slips into our Skype calls. She hopes that one day I’ll decide that inconvenient Italy is too much and come home.

But we both know that absurd bureaucracies and long lines won’t make me flee. What will — and this is really what she’s getting at — is deciding I miss her, and my family, and my old friends. And she’s right. That day will come.

That said, I wouldn’t trade the easier way for the time I’m having Italy. That would have yielded the worst kind of missing — a missed opportunity