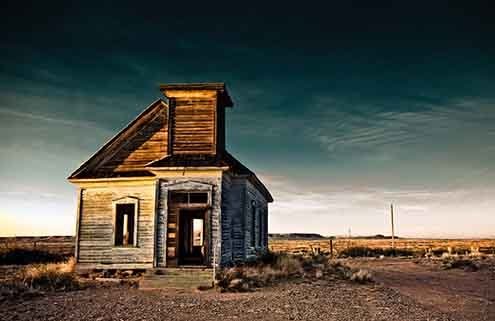 Going it alone to avoid abandonment comes at a price.
I

was foraging for my house keys in front of my apartment building after work when I heard a woman’s voice nearby. “No, wait, don’t go,” she said. By the time she finished, the car that had dropped her off near my doorstep had whizzed off.

For a second she just stopped and stared into space. Then, seeing me, she made a beeline for the entrance to her nearby condo complex.

Entering my own place I was suddenly hit by a strange sense of empathy. Maybe it was something about the way the woman had looked out into nowhere, as if it somehow had an answer.

Anyone who’s gone through a breakup or endured abandonment knows the feeling.

I saw myself in her, but a self from another time, the time I was frozen in front my building after a man walked off. The same man who’d walked me home, promising me he’d call me soon. I’d almost felt better when he said that. But when he turned the corner without looking back, I let the front door slam and went after him, shouting his name.

Inexplicable. When I turned the corner I was in a large piazza packed with parked cars. I could have looked around but he was gone. I felt like I was in a movie. I just stood there, my eyes swollen, my mind in a haze. Like the woman I’d just seen, I stared into space. Of course I never heard from him again.

It may sound crazy, but I’ve actually made good on the promise. Not that it’s made my life any easier.

I recently met a man with whom I exchanged some messages. I had to stop it when he went overboard. In an ocean of casually mundane texts he did send one that hit me. It read: “You’re closed as tightly as an sea urchin. You think you’ll never suffer again. Trust me, you’re wrong.”

At the time I laughed it off.

I was calculating and untouchable, that’s the impression I gave off. My text “friend” also made a point of telling me I lacked poetry. “On the contrary, you kill it,” he’d added. Wow.

But in recent weeks, something changed inside me. The universe, aliens, God, and even plants seemed to band together to make me understand I wasn’t really a poetry killer.

Consider this column my way of coming out of the closet:

Ladies and gentlemen, after extensive mental contemplation undertaken in my regard by my closest friends I’m here to tell you that I’ve been found to be a fragile human being, one among many, since it’s a common mold.

Recently, my roommate told me she’d joined a dating site. The idea left me cold, for no other reason than she’s beautiful, brilliant, intelligent, and so many other things that add up to exactly 0 on most dating sites. Sure enough, she ended up quitting the site soon after. “I thought maybe I might find someone I have things in common with, and maybe even find love,” she told me bitterly.

If only my roommate had some idea what wanted, because if she did she’d know that what she yearns for you only stumble on in real life, though it’s admittedly just as hard to find there. Feelings hit you when you least expect it, often in situations and places that make no sense.

Therein the beauty of life — if you’re still optimistic enough to see its beauty — or its eccentricity — if you don’t want to sound too bitter and actually try to uphold the illusion that life is somehow fun.

As for my own fragile nature, I rediscovered it when feelings I thought I’d buried came back to haunt me, feelings I’d buried in an elaborate funeral ritual that included hearses pulled by black horses.

But the feelings wouldn’t stay buried. Instead, they were miraculously resuscitated and back by my side, flanked by fear, uncertainty, moments of great happiness and moments — long moments — of torment and upheaval.

What do I think about all this? That there’s no point, none at all, in convincing yourself that you’re untouchable, which is exactly what I did. You’re not and can’t pretend to be, no matter how hard you might try.

If you want, go ahead and chance it. Go all in. Give being untouchable a whirl since we all die in the end. But think about it: is it really worth it to shut yourself down and keep your heart rate low when by definition that also means undermining everything you might gain by living life fully?

Are we on the planet for a card game? If so, be my guest and play your hand.