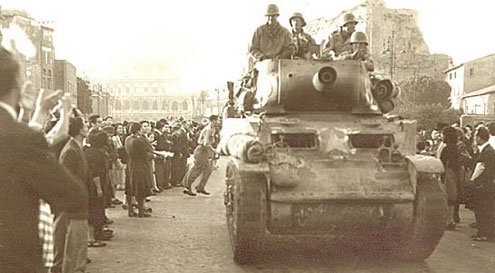 y request to the United States comes in the form of two words: Invade us. At least that’s what I tell my wife when Italy struggles through the worst of times.

The World Cup was one of those times. While people focused on the Italian national team (not for long, it turns out), Prime Minister Silvio Berlusconi was busy trying to rationalize an anti-wiretapping law that would have muzzled the country’s journalists. Newspapers would have been fined for publishing the contents of legally ordered wiretaps. The public’s need to know would have been undermined in the name of “privacy.” Thankfully, that bill was watered down.

Then there’s Umberto Bossi, who used June and July to harp on his divisive political agenda. Bossi uses federalism as a pretext to conceal a strategy that depends on immigrant-bashing and cutting the country in two. Basically, it’s a policy of intolerance that would take the country back 200 years, to the Reign of the Two Sicilies, when Spain and France ran much of the south. Meanwhile, xenophobic incidents and homophobic attacks are on the rise throughout the country.

What makes this especially comical (and painful) is that Italians have formed the backbone of immigration since the country’s 19th century creation. They went to Argentina, to Australia, to West Germany. Italo-Americans form a centerpiece of U.S. culture.

Why this screed? My wife just had a baby, our first, and the Italian political climate is making me increasingly uneasy.

In the spirit of encouraging an American invasion, I’ve decided to begin turning over state’s evidence in the form of my grandfather’s secret and jealously guarded carbonara recipe, hoping Americans will take it as a sign of good will.

The dish, which has Roman roots, is probably a product of World War II, when Italians and Allied troops whipped up dishes on the fly. There’s no documented reference to the carbonara until 1944, the year that American and British troops liberated Rome.

“In those days we really didn’t have much to eat,” my grandmother told me. “It was a major occasion when your grandfather was able to get a few extra eggs. He’d make a frittata or abbacchio brodettato [baby lamb in egg sauce] and boil the leftover eggs to keep them around longer. He used the hard-boiled eggs to make pasta alla gricia [with bacon and pecorino].”

Apparently he got the idea after having seen American GIs dining in his father’s osteria (called La Pergola and nicknamed “Der Cavallaro”). They’d break their eggs and stir them into the pasta alla gricia.

The first time I took my wife to my parents’ house, she put her salad on the same plate as the spaghetti with meat sauce, so I know anything’s possible. Including an invasion.

A medium, aromatic white, such as a Vermentino, goes well with this dish.