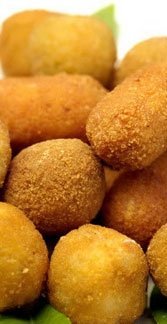 ostalgia is never an entirely pleasant sensation, especially when you’re being nostalgic about the present. But this is what happens when you’re leaving a place you’ve lived for long enough to have developed a complex attitude to it. It happened to me in New York City on the eve of my departure: suddenly the rundown storefronts on 10th Avenue began to look otherworldly, poetic, somehow different than they’d looked before. The same is happening now as I stroll through Rome as through a museum exhibit, knowing that in a few weeks it will no longer be home.

I can think of nowhere else people go — except France — for the sole purpose of eating their way through a vacation. There is more art in Italy per square foot than any other place; there are mountains, beaches, an enchanting countryside, medieval castles, ancient stone homes, hilltop townships and historic centers full of fountains and churches and arches that stretch back to Roman times. There are roads that will take you north and south, up to Europe and down to the edge of the Mediterranean. But what makes people really happy is a plate of spaghetti with garlic and oil.

My earliest memories of Rome are, predictably, food-related. They begin when I was seven, slurping grattachecca (a snowball) and chewing coconut slices while hanging around St. Peter’s Square with my family. My father had grown up just down the street. That was when I was introduced to the supreme Roman street food, supplì (or “rice balls” in the parlance of American pizza purveyors), and pizza rossa, which my father could never order in the United States because no one understood why anyone might want pizza without cheese.

At eleven I spent a summer here. Pretty much all I did was eat and read Garfield comics, toting around my Walkman and a handful of cassettes (Bill Hailey springs to mind). I refused to speak Italian, which is surely one of the reasons my parents sent me to Italy in the first place. I was an enigma to my relatives; the only words they could get out of me were the parolacce. I remember stunning people with blasphemy before I could say, “Mi chiamo Marc.” I went home supersized in August, and my family re-branded me “mozzarella.”

Ten years later there was another spurt of visits with a friend, then with my then-girlfriends. We always followed the same triangular route: Rome, Florence, Venice, Rome. (We once ended up in Greece, but that’s another story). It turns out that all of my cousins did exactly the same thing, year in and year out, a kind of Grand Tour for second-generation Italian-Americans.

I once ordered, to my great embarrassment, pizza with goats. We were sitting in the lovely Piazza della Maddalena, near the Pantheon, and I was showing off a bit. “Vorrei una pizza con capre e alici.” The waiter smirked, catching my error. “I think you mean capperi, capers. Unless you actually want goats.” That’s largely how I learned Italian, through table talk.

But to get back to that supplì, or rice ball, I mentioned earlier. In my book, this is the quintessence of the Roman nosh. A few observations:

I suppose I should mention a few things I don’t eat, just to cure the distant reader of envy. My aunt once offered me golden fried mule testicles. How do you turn those down? Tripe is a favorite of many, but might be unfavorably compared to stewed bicycle tire. Lard, or fatback, is up there with pickled pigs’ lips on my list of nausea-inducing delicacies. Add sanguinaccio, or blood sausage. Non-kosher atheist that I am, I still find the Levitican injunction against eating blood insuperable. It’s just sort of gross.

Finally, this is as good a space as any to lament the demise of Rome’s best pizza, which just happened to be kosher. It was not excellent because it was kosher, but because it was unique. The pizzeria was called Zi’ Fenizia, and it was in the Ghetto for years before moving to a lukewarm location near Fontana di Trevi. They served only cheeseless pizza, and their best creations were sopping with tender marinated vegetables, called concia: eggplant, peppers and zucchini.

Everybody I took there raved about it. I was a regular customer until they lost their kosher certification (read: community infighting); then, in the worst-calculated move in pizza history, they began throwing ham and cheese on everything. They called it “giving tourists what they want.” Anyway, they lost heart and the pizza lost its raison d’etre. It was a case of commercial suicide.

And all I could think was, “Do vegetables even need kosher certification?”

— Editor’s note: Marc is migrating from Rome to the Italian countryside, which he’ll tell you about soon. But he’s still a man, and he’ll still be about Rome.