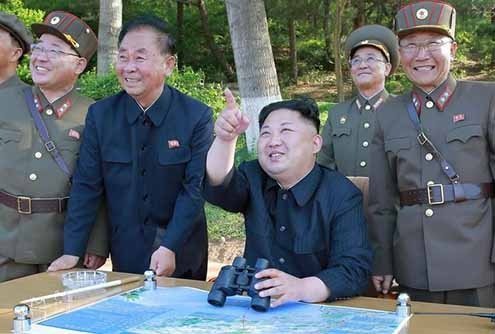 ity the general. He is the son of a general who was the son of a colonel. Your summer means nothing to him. He’s been at this for years, the task of the military. He began at the bottom and worked his way up. All he’s known is what you’ll never know. He was a conscript. He learned weapons. He swore allegiance. He trained. Then trained more. He was promoted. Then promoted again.

Over the years his responsibilities grew. His life was among guns and tanks and missiles. He took part in trials, in games. He had no time for family life. He felt complete only as part of the armed whole.

Pity the general. His war never came. Not even a battle or a skirmish. From time to time the border was tense. From time to time excited words came from on high that war was near, that the time for talk was over. It happened again recently. Each time he freshened his command skills and prepared for the next order. But it did not come.

His vocation has been to wait. It is a vocation of the many, he knows. The enemy is patient. So is he. Vigilance is vital. So is posture.

But the waiting takes its toll. His great-grandfather fought, as did his father, who died on the battlefield the year of his birth, 1951. So war is not abstract. It merely awaits its opportunity.

Pity the general. He is tired of patriotic songs. He has heard too many. They have begun to disenchant him. He is weighed down with so many decorations he sags during parades. He has been decorated for eating well, for adulating the leader, as a hero of labor. Soon he will lose his command to age. All the preparation and the planning and the honing of new weapons will have been in vain, not to the state but to him, to his purpose. He will not be a part of the great undertaking, when it comes, and it will come. He does not feel sorry for himself. Even when he is done, he will still await the enemy.

Pity the general. He knows about the strategic rocket forces and their nuclear warheads. They seem to him abstract, almost cowardly. Years of field drills to what end? He considers the firing of rockets, and then being fired upon. All this conducted by men who do not know the battlefield. He imagines the countryside as a carpet of ash. He imagines the high smugness of nations that have not known war on their soil.

Pity the general. The more the years have passed, the larger his command — and vaster the army itself — but the battlefield opportunities his ancestors knew have dwindled. All will now be about spasms of reciprocal incineration. And though he has been trained not to doubt the motives of his superiors, he begins to now, as the millions readied to charge southward are made increasingly irrelevant.

As a boy, the general dreamed of fleets of tanks, swiveling turrets, forward bound through ridges. He saw whole cities encircled by the battalions he trained.

Now he sleeps poorly if at all, and the bluster he has grown to memorize seems trivial, repetitive, lacking in resolve.

Pity the general. He will have lived without fighting.