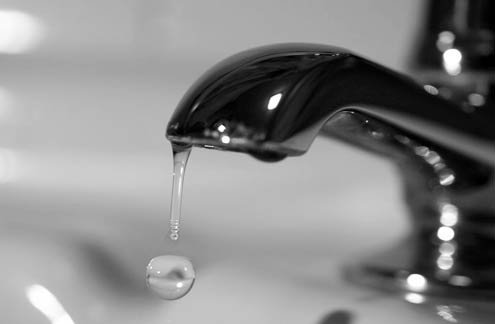 The plumber's approach to water's quashing combines the headstrong with the instinctive.
T

he Rome plumber has a theory about global economic decay. Every few decades, masons in business suits gather conclave-like to determine the future of the world economy. The mood of these titans, and not the ebb and flow of bonds, debt and markets, decides money’s humor. It is a neatly preordained vision of what to him is a rigidly conspiratorial world.

The plumber is exceptionally nimble. Over decades, he’s come to sense water’s intuition and its fickle view of pipes and junctions, human devices intended to bring it to heel, against which it occasionally rebels. His approach to water’s quashing combines the headstrong with the instinctive. Repair is art and magic. Explanation ruins the alchemy of the fix.

Enter Italian Prime Minister Mario Monti, who for a year has earnestly tried to tell the plumber his cohorts that unless Italy’s learns to abridge its culture of haphazard ingenuity and shrewd facilitation, nothing will work as it should, namely in a way that makes enduring order from so much art and magic.

Though Monti has forged ahead with his own version of bureaucratic tightening, it remains far from clear whether his Italy is any closer to repudiating the controlled leakage that makes it tick. That’s because legislation does not amend culture. How people think and the whys of their behavior don’t respond to institutional restructuring, a cosmetic exercise until proven otherwise.

The plumber and his waterworks are cases in point.

His deployment and methods — how he uses makeshift remedies to revive broken equipment; how he coaxes spare parts from store owners who insist they’re unavailable; how, in the absence of linear solutions, he makes one up circuitous, half-licit ones — contain cultural ingredients that Monti perceives as rogue water, an admirable cleverness nonetheless in need of disciplining pipes. But Italy’s celebrated l’arte di arrangiarsi, the “art” of making do, is by its nature naïvely rebellious.

For example, the plumber does not certifiably represent a member of a service industry, as he might in the United States or Germany. He is not tasked to repair a problem at the behest of a company or even as a representative professional order with checklist duties. Instead, he’s a freelance emissary of ingenuity ready put his snakecharming wares on display for a reward. He functions outside civics or greater good. His troubleshooting methods are his alone because anything different means sharing them amid scheming masons.

The plumber’s leery approach operates outside the American paradigm that associates work well done with trust and “natural” laws of commerce, parrying individual ingenuity into optimism and optimism into reward.

The give-and-take Darwinian capitalism that transformed Bill Gates and Steve Jobs from basement schemers into mainstream billionaires is not in the plumber’s canon, even if he’s potentially the iPod-adjuster of pipes. That’s because Italy remains wary of fusing individual ingenuity with collective participation. Optimism is private or familial but not national.

The culture Monti seeks to repair but the plumber can’t imagine fixing applies intuitive individualism on a case-by-case basis, lest banditry of some kind take it all away (Italy was a nation of literal bandits until 80 years ago). Much of the country Monti seeks to modernize still sees masons in the shadows.

Even those who promote civics and concepts of the commonweal mostly lack the idealism to convince their fellows that brilliant plumbing is a surefire gift, maybe even an indigenous version of the next big thing. Because the only big thing Italy knows is the sum of many little ones, its idea of heroism primitive, objective, existential, and supremely self-interested, like a chaotic offshoot of Ayn Rand Objectivism.

Fear of lying, of cheating, of corruption, of taxmen, of bureaucracy, along with a powerful desire to control and manipulate each one, puts smart selfishness well ahead of skill and social trust. Harnessing and applying creativity as the need arises, person-to-person and haphazard, is more culturally familiar, and satisfying.

To believe in a country American-style (“In God We Trust”) you must first believe in the notion of a place that covets and rewards intelligence, a moralistic sanctuary of sorts. Monti has tried hard to suggest that Italy can and must be a version of such a place. But the plumber thinks otherwise. A hooker with a wrench, he’s proud of the bag of shortcuts he considers the cumulative result of his resistance to orthodoxy. He believes that civics, should they ever exist, would, like taxes, steal from his bag, or limit its contents. The only Italy he knows is amok with real and imagined masons to which he won’t surrender his water-taming skills.

So he brilliantly limits himself to fixing what he needs to fix — small heroism built into a tight nutshell. His then takes his cash and walks away.