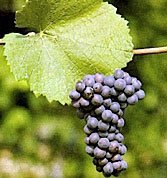 Pinto Grigio can be delicate and pleasingly crisp.
P

inot Grigio, the accessible but basic wine omnipresent on lists of Italian wines around the world, is growing up.

For a long time, I cringed when someone at my table would suggest a Pinot Grigio for dinner. I thought of it as a beginner’s choice, the preference of people who weren’t sure if they really enjoyed wine. A good fit for a picnic, perhaps, but not for a proper dinner, please. At least not at my table.

For most of the time I’ve lived in Italy, there was good reason to look at the wine in just that way: most of the Pinot Grigio I’ve sipped over the years would be best described with adjectives like “uninteresting” and “plain” rather than, say, “tasty” or “delicious.”

That’s partially a characteristic of a wine that’s become a victim of its own success. Pinot Grigio’s popularity beyond Italy’s borders — among soccer moms and the cocktail crowd — meant the grape was planted in climates not suited to it. And even when the area was right for the cool-weather grape, yields were kept too high and production was rushed in order to get the bottles on the shelves.

But now some winemakers in Italy are taking steps to help this maligned cousin of Pinot Nero reach its real potential. They are reducing yields to concentrate the fruit and paying more careful attention to the fermentation process. When it’s made with care, Pinto Grigio produces a delicate and pleasingly crisp light-bodied wine, with intense aromas and a hint of apricots, kiwi, almonds, and minerals on the palate. The best examples even feel like they could improve a bit after a year or two in the bottle.

“Once people started taking the grape more seriously, the quality of the wine of course reflected that,” says Lucio Matricardi, winemaker at Trentino’s Pinto Grigio giant Mezza Corona, which makes both the light and simple version of the wine and also a more sophisticated reserve bottling. Mezza Corona is a leading exporter to the United States, where the wine is beloved. “There have been some important improvements in the quality of Pinot Grigio being made over the last few years, and I think we’re going to see the trend continue in the future.”

How do you tell the difference between a serious Pinot Grigio and one meant to be drunk at the beach between paddleball sessions?

The first clue is geography. Because of its popularity, Pinot Grigio is made all over Italy, but the best examples come from the cooler northern climates. That means you should skip most Pinot Grigios from central and southern regions and focus on those from Friuli-Venezia Giulia, Trentino, and Alto Adige (in German speaking Alto Adige, the grape is usually called “Ruländer” — one of more than a dozen other names the grape goes by in non-Italian speaking parts of the world).

Another hint may be on the label. The word “riserva” is often a sign of a more serious Pinot Grigio, as are descriptions that seem to emphasize quality or complexity rather than accessibility.

But the best indicator, unfortunately, is probably cost. These carefully crafted new-generation Pinot Grigios require a lot more attention and effort, which is reflected in the price tag. That doesn’t mean you’ll have to spend a lot — I’ve had some tasty Pinot Grigios starting at around €10 per bottle — but a rock bottom asking price is almost always a sign of a mass produced and unimpressive version of this famous wine.

Once you’ve located a Pinot Grigio you enjoy, you’ve got something that will work well on its own during the hottest months and will also compliment a wide range of light foods, such as steamed or broiled seafood, shellfish, light pastas, lighter chicken and veal dishes (think vitello tonnato) and most vegetarian plates (quiche is a great fit).

Pinot Grigio has become Italy’s top selling white wine, and in many markets — including the United States and Britain — it’s the most popular Italian wine sold, red or white. And while I won’t say that so many people can’t be wrong, I will contend that, thanks to strides Pinot Grigio has taken over the last few years, an increasing number of them are absolutely right.