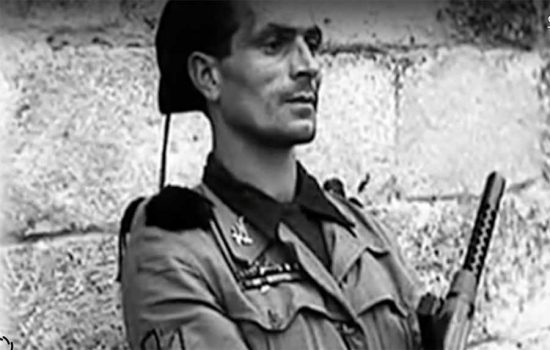 Italian troops fighting with Germany on the Russian front tossed aside all clichés about lack of guts.
T

hough I returned to the United States last summer after 30 years of living in Italy, daily events still have me comparing the two countries. You would think that three decades of back and forth would have exhausted such tendencies. Strangely, though, my return to New Hampshire (rather than my time spent as a Milan expatriate) has accentuated certain differences.

During a recent grocery-shopping trip I reviewed common perceptions about Italian resilience and self-sufficiency.

Shopping in America means driving to a shopping center on immense roads and parking in an immense parking lot. It means an automatic transmission and a car that has all the comforts and size of a living room. Parallel parking is avoided, even if doing so adds extra walking. The supermarket’s broad aisles and eye-level shelving make filling the shipping container-sized cart a snap. Someone then bags the purchases.

Shopping in Italy usually means navigating narrow, potholed streets in a small, probably not air-conditioned car with a manual transmission. If the supermarket has a parking lot, spaces are scarce and small; you must be wily. If parking is on the street, no problem; even the ditziest Italians parallel park with élan. And all this assumes you’re driving to the shop, which isn’t always the case.

As for the supermarket, it takes a certain amount of exertion and climbing skill to fill your (small) shopping cart from cramped aisles and high shelves. In Italy, no one has heard of baggers, though it’s a surprise the panhandlers often found outside haven’t thought of it.

In all, an Italian shopping trip calls on reserves of physical stamina and guile that might qualify an American for Special Forces recruitment.

When I arrived in Italy in the 1980s, I carried with me typical American prejudices about the softness of Italians and southern peoples in general. I had always assumed that harsh northern climates forged more self-sufficient and tougher folk, both physically and morally. For me, the Mediterranean and its mild changes of seasons gave southerners a free pass.

As for moral rigor, Italians seemed to me pretty soft on negotiating with the terrorists and kidnappers prevalent at the time. There were also the morally squishy concepts of arrangiarsi and bella figura, which are all about compromise and keeping up appearances.

I probably owed my bias to American folklore. After all, the Pilgrims and pioneers all hailed from the tough north. It was hard to imagine Italians braving a Plymouth or prairie winter with an Anglo-Saxon stiff upper lip or Scandinavian monosyllables — even if they had had woolen undershirts. Italians simply didn’t conjure up the image of Rommel’s German troops or those the Allies threw at Normandy’s beaches.

But over time, I learned that the seemingly laughable Italian belief that wool and draft-free houses were medicinal was deceptive. Italians could be very tough indeed.

What the father of an Italian friend endured while fighting the Soviets on the Eastern Front when Mussolini sent regiments to help Hitler proved Italian troops could have handled D-Day and more. The Italian emigrants who built the St. Gotthard Tunnel across the Alps could certainly have handled Massachusetts or Minnesota — albeit volubly. And some arrangiarsi and bella figura might have been better for Native Americans than American Protestantism.

Americans can only envy the rigor —

Biblical idea that suffering in childbirth is Eve’s punishment, and Italian women scream their way 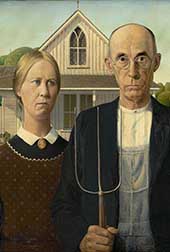 Italian mettle can be harder to detect, but it’s there.

through labor without anesthesia.

Italians are weaned on a homemade vegetable pap their mothers cook daily. American mothers would rebel against the daily challenge of cooking baby food every day. American children would probably spit it out. In fact, Italian kids are so tough, no one has to do the airplane move to make them eat spinach.

While Italian kindergarten teachers may insist that children wear wool undershirts, they also expect their s

tudents to set and clear the lunch table and eat everything, even asparagus.

Birth is not the only Italian hospital experience that promotes rigor and self-sufficiency. Italian physicians only offer one painkiller —regular Tylenol — and they are miserly with it. (There is also no Italian prescription opioid problem.)

In school, teachers are harsh. They call students by their last names and, given a choice between a higher or lower grade, choose the latter. American parents would take teachers to court if they called their underperforming children lazy, sly, or just plain dumb the way Italian teachers do.

And even among friends, criticism can be brutal. Italians don’t do understatement. Instead, they tease you mercilessly. A word to the wise: Push back when they rib you, and they accuse you of being unable to take a joke.

In death and disease, Italians go soft. Cancer is still considered a disease for whispers and whitewashing. I was always surprised by how many Italian friends refused to tell their loved ones, or be told themselves, the hard truth when things are bad. Italian doctors I know agree.

Here at least, Americans take it hard, like Pilgrims and Pioneers.