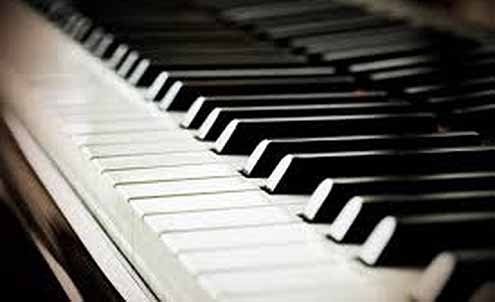 As love for the piano gradually fell away, a fondness for poetry took its place.
T

he stage lights bore down on me like heat lamps. My palms sweat and my heart beat loud and fast. I was nervous. I worried something would go wrong.

I sat down on the bench and played the first few bars of the Chopin B-flat Nocturne I loved. Then my fingers froze. They didn’t know where to go. My mind’s eye suddenly couldn’t make out the notes on the page. I cleared my throat and began again. The same thing happened. I started once more, stumbling my way to the end of the piece. Afterwards I took my obligatory bow and ran off stage — straight to the bathroom, where I locked myself in and sobbed. I was ruined.

At the time I was 15. I had started piano when I was five. Soon, I was the emerging pupil of my teacher Mary Beth, who that summer selected me for Rocky Ridge, a prestigious music camp in the Rocky Mountains. Instead of making us look good, I had shamed us.

But my botched performance wasn’t entirely my fault. I’d been unduly influenced. During a master class two days before, Nancy, one of the camp’s bigwig teachers, had put me on the defensive. After I played my piece perfectly, she asked me to play it again — one hand at a time. When I couldn’t do it, she said, “You don’t know this piece well enough to perform it.” She then explained the methods of memorization: by heart (my way), by ear (identifying notes based on their sounds), by sight (visualizing the notes on the page of music), by intellect (understanding what’s going on in the music), by hand (playing each hand separately.) She suggested you needed to know a piece in at least three ways to really command it.

Nancy was a large woman from Texas. She dressed athletically — in jeans, tennis shoes and a fleece. Her big dog panted happily by her side. I knew she was probably right, but I’d never heard of memorization methods. The information felt stifling under performance pressure.

When I told Mary Beth what had happened, she insisted I press ahead and perform the piece. For the next 24 hours, I practiced it again and again, playing my heart out as I switched from one rehearsal room to another. No matter how many times I went through it, I’d already concluded Nancy was right: I didn’t know what I was doing. I was also too young to know how to keep her comments from wreaking havoc. Context still eluded me.

Though Nancy may have meant no harm, her timing was poor and Mary Beth was furious. The two women competed with each other through their students. Nancy had brought her own star pupil, a tall and skinny girl named Summer with big blonde hair and braces she somehow managed to make look cool.

The day after my botched performance, I watched Summer wow the audience with a Mozart concerto. She finished with a flourish, lifting her head from the keys like a goldfish sprouting from water. I sulked the rest of camp and couldn’t wait to get home.

Piano was never the same after that. For Mary Beth, who had seen me as a promising, conservatory-bound student, the incident represented more than just an anomaly. Her view of my capabilities changed. She gave me simpler pieces, and I gradually lost interest.

When one door closes, another opens, goes the saying — and it worked for me. That same summer I took a poetry course in Iowa City. The teacher encouraged me and I felt free and engaged. The first time I read my verse in public I was proud and fearless.

Ever since, I’ve written poetry on and off, but increasingly in on recent years. Perhaps because of my musical background, I write more with my ear than my mind. I don’t consistently count meter but I do have a compelling desire to break down poems in a way that mirrors Nancy’s memorization methods. The goal is the same: Know what you’re doing. The more you “own” your patterning, the better you can defend it, a poetry teacher told me last summer. The idea made immediate sense, not least because I’d heard something similar three decades before.

Only this time I was ready to hear it.