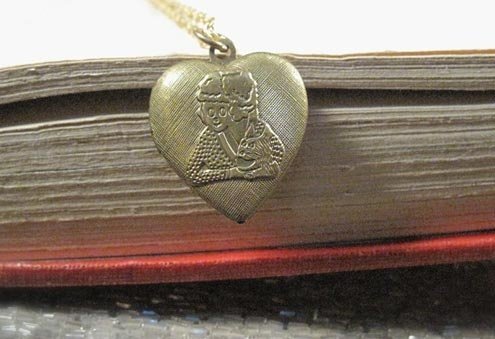 osephine reached toward the ceiling, filled her lungs with air and plunged forward, exhaling forcefully. She planted her bare feet shoulder-width apart and unfolded her body vertebrae-by-vertebrae until she was staring at herself in the mirrored wall. She smiled.

The 15 people in her class rolled up their mats, sipped water and stretched on their own. Their Lycra leggings and bright colored jersey knits faded into a blur.

She hugged arms to her chest, stroked her shoulder blades lightly, and remembered the way — only hours before — he had held her just so, as shower spray streamed over their bodies.

Wherever he touched her, their flesh seemed to meld. His palms cupped her curves as if they’d been carved explicitly. When they held hands she felt her fingers disappear into his with almost alarming effortlessness. Even just laying on the couch, weary from a night of lovemaking, her head nestled in the V-shape of his bent arm, the bulge of his bicep formed a firm but perfect pillow.

They had met under fairly ordinary circumstances. Drinks after work for her and break-up festivities for his best friend had brought them to the same dodgy pub on the Lower East Side on a Tuesday night. They were both vying for the bartender’s attention when Josephine thought to wave a $10 bill out in front of her.

Suddenly she felt a grip on her forearm. She looked up to find his long, sandy-colored fingers encircling the rolled cuff of her blouse. She could feel him through the tweed, warm and pulsing.

He cocked his head and smirked.

“I’m Kyle. I don’t think we’ve met. But flashing your money around is not going to get you to the front of the line.”

“I’m Jo,” she quipped right back. And, she thought, I’m pretty sure it will, unless you’re buying.

With that, he asked her what she wanted, and the two of them took their bottled beers to a table in the back and talked until the bar closed.

Neither felt like saying goodnight, so they continued talking over a slow walk in the direction of her place. As their steps fell into line he placed a heavy arm over her shoulder and hugged her in towards him. She felt her hip against his leather belt but it didn’t hurt. In fact, there was something thrilling about being able to perceive so much detail — the metal studs and stitching — with her hips and not her fingertips.

They walked and talked until the sun began to rise, and finally stopped for coffee at the all-night dinner on her corner. A neon light hummed and flickered outside. They sat on the same side of the booth.

That night ended with the two of them entwined in her bed sheets, their limbs tangled and indistinguishable.

They had ended a year later, both in tears and smelling of cigarettes.

Now, after a six-month healing period he showed up at her door. It was late at night. He knew it was probably a bad idea, but he missed her.

She missed him too, in the most literal way. When they were together she felt more physically whole.

They emptied a bottle of wine and amassed metaphors: Pieces in a puzzle. Little Orphan Annie’s heart-shaped locket. Two halves of a ripe avocado.

He reached for her wrist. Velcro.

She brushed the curls from his forehead (They had grown since they’d said goodbye). Her hand rested on his temple. A bookend.

He slid a hand underneath her skirt and pulled her close. And there they were again.

They made pancakes with a recipe improvised from items in her kitchen. She watched the way he flung a spoon into the sink. It sprayed batter everywhere when landed.

They ate on the couch, legs crossed. When he stood up he left a circle of crumbs. She heard the clatter of dishes in the sink. She waited for the sound of water.

Instead, he approached the sofa and knelt down on his knees to kiss her. She wrapped her arms around his neck and felt them disappear. He picked her up and carried her back to bed.

An hour later he was gone. She waited for emptiness to set in. Satisfaction arrived instead. She wasn’t full, but she wasn’t hungry either.

She laced up her sneakers and headed to the gym.