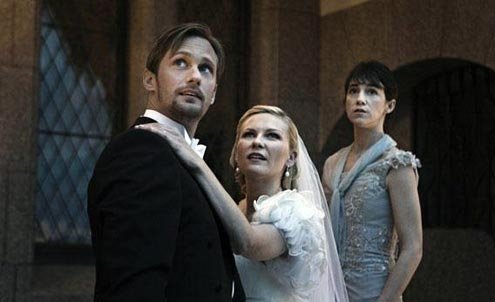 Before the end, pick a meal.
A

friend suggested I see the movie “Melancholia,” and so I did, with a good case of the same after watching it. Amazing. But end-of-the-world movies are always riveting — “On the Beach” has played in my head on demand, frame by frame, for years. But in those days I wanted to be Ava Gardner — a barefoot contessa — and any movie with her in it was pure romance, end of the world or not.

Still, movies (or dinner conversations, for that matter) about last moments can either ruin a day or possibly stimulate the imagination. What would we do in those last hours? Okay, okay, maybe a few romps in the hay with strangers, or some truthful, nitty-gritty outpourings bottled up for years suddenly delivered to astonished family members. Or maybe just a walk on the beach, wondering from which direction the meteor will arrive, or the wave, or the invasion from a hitherto unknown race of beings you won’t recognize, but you know are coming… soon.

Somewhere in there, you’re probably going to get hungry.

Even a few peccadilloes in the sack and soul purges can be tiring, if not potentially boring, and anyone with tastes buds will realize that there’s only one meal left. So what’ll it be? Five-star spreads from the world’s best eateries? Tex-Mex at its finest with a perfect silky guacamole and crisp hand-made chips to go with range-fed chicken enchiladas? Or a buttery, rare rib eye paired with a D.O.C. burgundy, 1982 (since the famous 1959s are probably vinegar by now)?

My friend, a physicist, mentioned that a nice little bowl of Higgs bosons, sprinkled with a few neutrinos, might go down well, but that’s a tall order.

I suppose the myriad cults busy interpreting doomsday data from the Mayan calendar must be getting their Kool-Aid ready. Maybe this time over ice, with a little squeeze of say, Japanese lime. My choice would be to pop the poison in a good jigger of iced potato vodka, and scratch the Kool-Aid, but there’s no accounting for taste.

Ferran Adrià would probably go hog-wild and foam every imaginable solid and liquid in his lab into the world’s greatest mélange of mousse ever conceived and dole it out in tiny spoons made of patanegra to aficionados for free (this one time). I could go for that, having not had the pleasure of El Bulli and its fare before the doors closed for good.

Ideally, of course, it would be positively earth-shaking if the planet’s cooks, chefs and the purveyors of food and drink had the pre-apocalypse time to set off on a grand pilgrimage to places where food simply is not. World hunger would be assuaged, at least for the one last moment before it becomes irrelevant. For everyone. For good.

But the eve of nothingness begs other questions. Will food be the last thing on our minds? Will it hurt? Where will we go? Are they here yet? Can we take the dog?

I’ve just run across another film with threats of disaster, “Take Shelter,” which I’m not going to miss, but it’s fair to ask, “Why this spate of final moment films?” Is there something the Mayans knew that we don’t? What would they have eaten?

Hmmm… Maybe best not asking that one.

My last supper would be composed of awe, fear, and maybe some resignation. There would also be a pinch of regret for all the time not lived as if a meteor was closing in. After which my honey and I might just set up an outdoor table to watch the approaching phenomenon over a nice bowl of penne all’arrabiata.