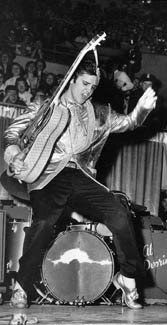 hen I moved into our apartment building, I romanticized our Italian neighbors as warm and fuzzy. Instead the baked apple pie scenario, I imagined being invited over for Sunday lasagna and urged to eat until I was full (“mangia, mangia“). Everyone would know everyone else and all would be peachy.

One day while cooking, I ran out of vinegar so I asked Fabio if he’d go next door and ask the neighbors for a cup of vinegar. It seemed only natural.

He repled with a blank stare. “You want me to do what?”

“Can you please ask our neighbors for some vinegar? We ran out and the supermarket is closed.”

Under no circumstances would he march across the hallway (a few feet away) to ring our neighbors’ doorbell to ask for vinegar.

Figura? What, I wondered, was so tacky about asking to borrow something from your neighbor? The mannerism failed me.

After a combination of persuasion and begging — A salad without vinegar! — Fabio finally trooped to the neighbors. He reappeared a few seconds later with a plastic cup of vinegar.

He looked mortified. He had never met the neighbors before then, though he’d lived in the same building since college.

From that day on, I decided to win them over. My first approach was to practice saying “hello” to my fellow building residents. Some were friendly while others blatantly looked the other way, as if I’d intruded.

After a couple of weeks of trying exchange greetings, it dawned on me why Fabio had made few friends in the building. It was full of crazies.

One of our neighbors approached Fabio asking him if we’d pick him to represent us at the next building condo meeting — after all, he said, we never went.

Fabio agreed but never mentioned it to me. I found out through the doorman.

“Who?” I asked the doorman, when he informed me about our new rep. He lives on the third floor, he said.

I decided to pay our spokesperson/neighbor a visit. Reaching his apartment, the first thing that hit me was the doorbell. The words”“Elvis the Pelvis Presley” were above it. He wasn’t home, but I later discovered that this Elvis-neighbor was the same man who, for reasons unknown, paced in front of our building around midnight virtually every night.

Meanwhile, I was regularly snubbed by another neighbor, a deaf-mute, in the elevator. I wasn’t sure why he behaved this way until I heard “the story.” Apparently, before I moved in, someone in apartment had watered our plants and let water drip down on his balcony.

When he stormed up to complain, Fabio saw him mouth the words “water.” He assumed the man was thirsty. He offered him a glass of water. Our neighbor was… insulted.

My favorite story, though, concerns the little old woman on the ground floor. When sees us, she invariably shouts, “Che bella questa coppia giovane!” Cute at first. But I later realized why she liked me so much. I was among the few who acknowledged her directly. Everyone else shouted “Salve signora” and scurried off. According to the story, her ex-husband abandoned her with children years ago, though the apartment remains in his name. She’s since been saddled with debt.

Little old lady: “My husband is a bastard! All he did was sleep with prostitutes and left us with no money.”

Oh yes, in case you were wondering, the building superintendent is a crook.

I accepted the rant so long our “conversations” were limited to encounters inside the building. But one day I ran into her on a busy street corner in front of our supermarket and it all began again. “You’re so young and beautiful with such a nice boyfriend who doesn’t cheat like my ex-husband did.”

Everyone stopped and stared.

At first, Fabio’s silence seemed absolutely anti-social. Now, at my own expense, I know why he kept quiet.