Pearl of a girl 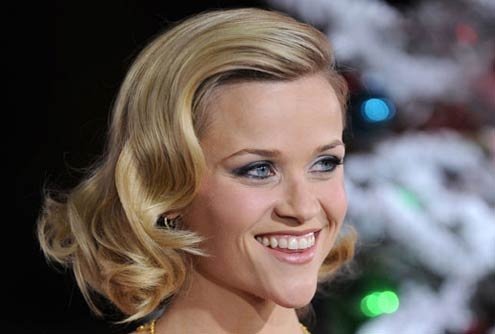 I laughed at her absurdly realistic impression of Reese Witherspoon as a gremlin...
&

#8220;Do you want to go in the courtyard with me and drink wine?” One of my wrists was turning the doorknob to leave the party and the other was held between the long thumb and forefinger of a girl I’d never met before.

“Sure,” I replied hesitantly, “that’s about the only thing you could have said to get me to stay.”

In the courtyard she offered, “Hi, I’m Anne!” making conversation to dance smoothly around my silence.

“Why did you pick me to come out here with you?” I asked her. “It seems like you have plenty of friends in there.”

I’d noticed her earlier. She stood out wearing a yellow little boy’s t-shirt and stonewashed jeans with four-inch heels. Her naturally bright blonde hair and blue eyes danced as gaily as her contradictorily rasping and buoyant voice. The sound of group laughter and every boy’s gaze followed her around.

In the courtyard, she smiled at me and we clinked glasses. She offered me a snack from her purse (snacks, I understood years later, would always be in that purse and would always be offered).

I’d spent the entire party shifting between rooms pretending as though I had someone to talk to. I didn’t. I wanted her to be more specific about picking me out of a crowd. I wasn’t. Instead I let her ask me more questions and laughed at her absurdly realistic impression of Reese Witherspoon as a gremlin.

She told me where she worked and I decided I’d drop in on her. This may sound mundane and non-dramatic, but at 19 I had never before tried to befriend a girl. In grade school and high school I’d always been the passive recipient of friendship proffered by persistent note-writers and phone callers.

Though it took me nearly two months and an elaborate scheme to explain my dropping in, I finally pulled open the door and heard the bells chiming at the jewelry shop where she worked.

She stood up from her desk seriously, then flung her arms out like the wings of a plane, soared toward me, and sang a song she was making up about me (spontaneous song creations, like snacks, turned out to be business as usual with Anne). Inside, I wondered: “Are such beautiful people allowed to be this non-concerned about their image?”

A few nights later she yelled, “Come in Julie!” and I pushed open her apartment door, only to find it stop with about a foot of space for me to squeeze through. Her face appeared in the space and waved me in. The apartment was on the first floor, loft style, with a ladder to a balcony looking out over the vaulted living room. There were two feet free to walk around the perimeter of the room, just enough space to get into the coat closet and through the front door, and a full-sized 4.5-meter trampoline standing in the center of the room. The trampoline was for “jumping on, doing tricks from the balcony onto, and slumber parties,” Anne said.

That night four of us fell asleep on it with a pile of blankets covering us all at once and some renegade popcorn sticking in our hair.

I remember in high school when I realized that my girlfriends’ attention was shifting from playing in the snow and eating brownie mix with out fingers to curling our hair and watching our figures. I reluctantly grew up with everyone around me, never strong or vocal enough to tell them that I missed making forts with them, missed playing dress up, missed daring each other to trespass and prank call and roll in the mud. This girl Anne somehow knew how to grow up in responsibility without letting go of the child inside.

About a year after I asked Anne “Why me?” I whispered to her: “Why are you friends with that guy?”

We both gazed across her apartment at an unkempt, attention-seeking artist who had just gotten sick in her living room. She told me that she never judged good or bad, normal or weird, she just let people be themselves and hoped they’d let her do the same, without judging her.

I saw Anne just last weekend. She’s married now, with a pit bull that sits in her lap like a newborn, and a beautiful house in Brooklyn. She’s a hardworking, successful New York jewelry designer who’s created a network of diverse friendships that any person, young or old, quiet or clown, hunter or hipster, could fall into one evening and feel instantly welcome.

We met in Union Square for some Christmas shopping and it wasn’t long before she was cradling an eight-kilo raw turkey and singing a song she’d created called “Turkey Shirt.”

It’s been nine years since Anne forced me to grow up enough to make my own friendships and at the same time taught me how to be a kid again. It’s been eight years since I learned that the only way to accept myself is by accepting everyone else I meet. It hasn’t been that long, though, since the last time we dared each other to roll in the mud.