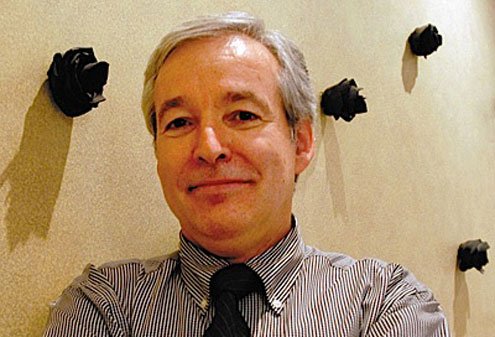 In a small hotel conference room near the Colosseum, Paul Arès and fellow World Food Program (WFP) officials are putting a team of a dozen or so field workers through their paces. Topics on the agenda for the newly appointed country directors include routine tips on managing budgets and staff, as well as advice of a more chilling nature: how to behave in an ambush, for example.

Later, more intensive survival training will be given in Sweden where, with Swedish army assistance, field workers for the United Nations emergency food agency will be taught potentially life-saving skills such as how to negotiate a minefield, and what to do if they are taken hostage.

Until recently, the idea of giving aid workers paramilitary training would have seemed excessive. But as Arès, a Canadian who has worked at the Rome-based WFP for 12 years, knows to his cost, such preparation is now essential. Humanitarian workers are increasingly imperiled on assignment in the world’s impoverished troublespots.

Arès, who recently returned to Rome after six years in West Africa, has twice been taken hostage. The second time, in Liberia, a youth levelled an automatic weapon at him. “That was the hardest situation, because I did not think I was coming out alive,” said Arès.

The gun was never fired but Arès, 56, paid a high price nonetheless. He suffered symptoms ranging from tremors to nightmares. After two years of tests, Arès was finally diagnosed with post-traumatic stress disorder, a condition he says he believes is becoming increasingly common among aid workers on the front line.

Now, the recovering Arès is at the forefront of a campaign to prepare WFP colleagues for the perils of working in the field. “The idea is to ensure that we send the right people into these breaking emergencies, and that we don’t send unprepared and inexperienced young people into conflict zones,” said Arès. “The issue of safety is something that everyone in the humanitarian world is becoming more concerned about.”

The dangers of providing aid to the victims of war and famine were tragically highlighted last August when 22 United Nations workers were killed in the suicide bombing of the UN base at the Canal Hotel in Baghdad. Among the dead was Sergio Vieira de Mello, the UN’s special representative in Iraq. Six WFP aid workers were seriously injured.

“I knew two of the people who were killed,” said Arès. “They were people I have worked with. It’s the changing world in which we find ourselves.

“For the past 15 to 20 years, we have been teaching people how to distribute food and help refugees with issues of health and agricultural development,” he added. “Today, we are still doing that, but in addition, we have to teach them how to work in conflict areas and how to deal with the trauma that goes with it.”

Often, as the UN bombing and the Oct. 27 attack on the offices of the International Committee of the Red Cross in Baghdad show, aid workers are being deliberately targeted. The Red Cross bombing left 12 people dead.

In Africa alone, 25 countries are currently engaged in or emerging from wars, placing aid workers in harm’s way. “Now that we are on the front line, a lot of our people are being exposed to the same kind of stress that veterans of war suffer, with the added stress that we go in without any flak jacket or armored vehicles, or any kind of military apparatus. Often, we are on the front line with T-shirts on our backs and bags of food to distribute.”

And under fire. In April 1999, Arès was abducted by a group of heavily armed soldiers, some as young as 10, in the northern Liberian town of Voinjama, where he had survived a hostage siege three years earlier. Arès has played the scene over and over again in his mind. One of the youngest boys, with drug-glazed eyes and wielding an AK-47, pointed the weapon at Arès’ face and shouted: “I going to fire you.”

He didn’t only because an older commander arrived and intervened. But the danger was not over. The aid workers were then pinned down for hours by crossfire between Liberian regulars and the rebel forces. When it finally caught up with him, the effects on Arès’ nervous system were massive and unforgiving.

“It’s not just one incident that brings your body to the edge. It’s an accumulation of experiences,” he said. “Eventually, your body starts giving you signals.”

Arès’ own symptoms began with uncontrollable shaking, accompanied by gastro-intestinal problems. He was convinced he had an ulcer, a tumor or a tropical disease. He underwent countless tests before he was forced to accept the unpalatable diagnosis of post-traumatic stress disorder.

After months of psychotherapy and medication, Arès is beginning to wean himself off the medication he needed to control the tremors. He is learning to live with his condition, though the sinister flashbacks persist. He has also had to come to terms with withdrawing from field work. Sometimes, he senses lingering regret.

“I am still living with that decision. It is not easy to pull back,” he said. “There are days when it really bothers me, being off the fast track.”

There are compensations. He and his wife Linda are enjoying being back in Rome, where they lived in the mid-1990s. They have moved back into their old apartment and are savoring a lifestyle diametrically opposed to the stresses of West Africa.

“We love Rome and we love Italy,” said Arès, sipping an espresso during a break in the training session. “I miss operations, but I love walking in the center and doing the passeggiata on a Saturday, and going out to the hilltop towns for lunch. It’s quality of life and I’m making up for lost time. It’s part of the healing process.”

Tough on a family

Linda Arès remembers it was lunchtime when the phone rang. The call was from the WFP, and the news was not good. Her husband Paul had been abducted. All contact with him and a small group of fellow aid workers had ceased. No one could say for sure whether they were alive. Two days passed before Linda learned that her husband and the others were safe.

In the increasingly dangerous world of humanitarian aid work, it’s not just the aid workers themselves who bear the burden. It’s also their families. “My wife and family have been through a lot,” said Paul Arès. The couple’s 16-year-old son, Emile, has also suffered. He spent a traumatic year with his parents in Abidjan, in the Ivory Coast, where there were almost daily instances of violence and lawlessness. After a friend’s father was shot dead in his own driveway, the youngest of the Arès three children asked to be sent to boarding school in Canada, where his older siblings had gone.

Linda Arès says that while humanitarian workers in danger zones should receive better training, attention should also be paid to their families. “On a human level we can’t forget the families of those caught in dangerous situations. We cannot assume that they are coping,” she said. “We have to take that extra step because some will need to be cared for and comforted. I was lucky. Paul came back unharmed. As the situation becomes more and more dangerous for humanitarian workers, I think that we have to do something to prepare families for that phone call.”