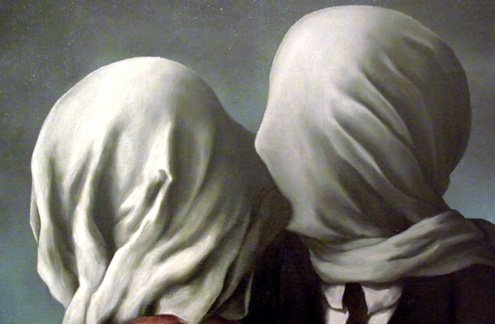 recently attended the wedding of two old friends of mine. Family and friends — including myself — waxed on about how long they’d known each other, and how it was only a matter of time before marriage. We recalled their high school dances and their first inklings of more-than-just-friendship. What no one mentioned, even at the after-party, and what rarely goes mentioned in the telling of love stories, is the alcohol-induced abandon and subsequent lovemaking session that so often seals the deal.

After a rousing Easter Sunday lunch and far too many glasses of brassy Montepulciano d’Abruzzo, Daniele crashed at Barrie’s place as he had so many times before. The two of them had been friends for nearly 10 years, and they had drunk and smoked their way through loving and hating, hiring and firing. They were best friends. Barrie couldn’t count the number of times she’d fallen asleep at his side, his feet brushing her shins. She was almost a foot taller than he was, which further slimmed the chances that they would ever be more than friends.

This year they’d gathered at a mutual friend’s home for the typically massive Easter feast. As the afternoon drifted lazily into evening, someone managed enough energy to turn on the stereo. What would have normally progressed into a wine-steeped snooze became a full-scale dance party. Bottles were uncorked, the neighbors were awakened from their post-prandial dreamland, and Daniele found himself on the coffee table, face-to-face (for the first time ever!) with smiling, red-faced Barrie.

She wrapped her arms around his neck, ran her fingers through his hair, and they both shivered when their hips hit and their bellies touched. Barrie turned and let him embrace her from behind, his arms just long enough, but plenty strong enough to wrap her up. They swayed to as many songs as they could stand, and finally bolted to the quiet of her nearby apartment, where a decade of would-be passion spilled out of them. They rocked together until morning incredulous and insatiable.

Monday morning, thankfully a national holiday, they rose to the insistent squealing of a cell phone. Were they home? Safe? Coming to lunch on the beach? If so, they were late.

They scrambled to dress, heavy headed and silly from the previous night. They laughed over coffee and looked at the floor more than into each other’s eyes. They only had her car and so they took it. They spent the 30-minute ride to Ostia smoking cigarettes and fidgeting with the radio. When they arrived together no one said anything seeing as they had arrived together so many times before.

As plates of seafood and rich white wine filled the table, they began to relax. Barrie could feel his knee beside hers, and after a third glass of wine she stopped pulling it away. After a fourth glass she pressed it into his, and there they were again — those shivers that started on contact with him and raced up and down her spine. As they ate, invisible sparks flew as their elbows approached or their hands touched for an umpteenth toast.

After lunch they all spread blankets on the sand and huddled in the still-winter wind to watch the grey sea unenthusiastically slap the shore.

As their friends paired off slowly and headed home, Barrie and Daniele remained until theirs was the only car left. The weekend was coming to a close, and neither one of them knew what to make of this fact.

As they neared Rome’s city limits, holiday weekend traffic slowed the car to a standstill. After about 30 minutes Barrie rolled down the window and lit a cigarette.

“What time do you have to be up tomorrow?”

“Eight or so,” he said, crinkling his face into pained little wrinkles.

The next morning they rose together at 8 a.m. Four Easters have passed since, and they have yet to spend a night apart.