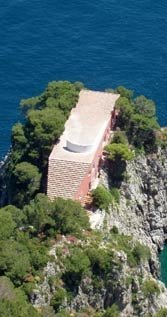 My very own funicular.
I

wanted to be a paleontologist. In fact I wanted to be all words I couldn’t spell, particularly if they involved reptiles or ships.

When I didn’t want to be a paleontologist I wanted to be a builder of funiculars, a self-styled vocation that led to people to cock their heads the way dogs do when they hear a high-pitched sound. I’d read in a book that a funicular was a glass house atop a cliff. No one could tell me otherwise.

My father insisted instead that my true vocation, time machine permitting, was that of benevolent slave-owner in the antediluvian south. It was in keeping with my sloth, he said. Since I thought a sloth was a reptile I agreed to own slaves. Why not live in the antediluvian with a pet sloth from a place called benevolent? Homework could wait.

I eventually stuck with funicular.

Rebecca across the street wanted to be a housewife. Or a vet (whenever she got excited “vet” sounded like “pet.”) “I really like animals,” she said, which seemed somehow to intertwine wives and animals. She had also mentioned “animal husbandry,” stirring my still-pubescent sense of anatomy in ways that gave me goose bumps.

Rebecca, who was two years older, also had a crush on Paul McCartney. She had an array of posters including one tacked to her bedroom door that read “I Love Paul!” When I demanded to know what was special about Paul I was summarily banned. She was in love, she told me, slamming the door.

My feelings were hurt, a new state of affairs for a funicular-builder with a pet sloth. I spent days pondering Rebecca’s distress. She cried for no reason. Rebecca’s mother told me her daughter was suffering from a “phase.” I offered to marry her if it might help cure the phase — a solution adopted by bold men in bad movies — but her mother urged me to go home instead.

So I did, and built model ships while continuing to dream of lizards and ocean liners (my other favorite subject). I imagined seeing ocean liners on the nighttime horizon from the terrace of the grand funicular I had built with my antediluvian slaves.

These days there are fewer funicular builders. Probably fewer animal wives as well.

I recently asked a friend’s teenaged daughter what she saw ahead for herself — aside from boys. “Marketing,” she replied. When I asked what she’d like to promote she dug deeper, “You know, marketing.”

I met another girl who insisted she wanted to be part of “the international aid thing.”

Some hormonally-charged Italian teens want to be models or TV showgirls, the collective summoning of vanity, celebrity and a wish to be adored, preferably by wealthy boys who send lots of text messages.

It’s not a new thought, though self-indulgent Cleopatra was strategically more ambitious.

Boys are even more confusing, or confused.

The Alpha inventions of the bad-hair 20th century, comic book firemen, astronauts and jet fighter pilots, are passé, at least in cities.

Redefined by technology, new boy-goals are the reverse of old real ones: like beating the house computer, say. Plug-in fantasies subsidize daydreaming, leaving the shy to fertilize a testosterone video-sphere important only because they’re in it. The well-spoken word is, well, antediluvian.

The children of the privileged imagine post-adolescence with difficulty, in part because panic-attacked parents digress and regress. Contemplating self-sufficiency gives everyone a headache.

For the record, Rebecca got over Paul and became a successful lawyer. She collected a husband and produced a child — to my knowledge with no help from animals. But then came another “phase” in which all that was built was gradually abandoned. She spoke of “personal re-invention,” “fulfilling empowerment” and moved into a house in the English countryside. Depression followed and she finally stopped communicating altogether.

Meanwhile, I got around to living in a glass house.

I never did find the time machine, though I reserve the right to keep looking. Instead, I now pass the days alone with my aging sloth named “pro bono,” and pause to hearten would-be writers and aid workers from my (benevolent) funicular.

Determining what to want to be is no easy task. Even harder is digging for purpose.

Which aspiring paleontologists have known for years.