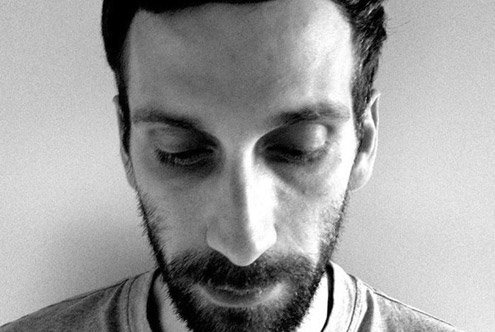 wo outstanding compilations from either side of the Ionian Sea have come my way. Though their source material is rooted in different places along the 20th century timeline and their scope is vastly different, each offers compelling insight into its subject matter from trusted curators.

The first is an intriguing dive into 1980’s Italian counterculture with Mutazione: Italian Electronic & New Wave Underground 1980-1988 (Strut). The London label isn’t issuing this out of the blue. Strut has dug deep into Italian music before with 2008’s Disco Italia compilation. But while that (admittedly well-timed) comp appeared to be taking advantage of the italo-disco revival at its peak by falling back on lesser exploits, Mutazione comes with richer rewards front to back.

Not that these tracks are going to rewrite history. Whether it’s Die Form’s “Are You Before” or Victrola’s lush “Maritime Tatami” or Plath’s ragged “I Am Strange Now,” Mutazione‘s moribund vocals, primitive drum machine beats, and antiquated synthesizers offer cues snagged from classic early post-punk and no wave bands such as Suicide, Joy Division and Siouxsie and the Banshees. As the name (“mutation” in Italian) implies, it also leans heavily on electronic-based outfits rather than bands like Diaframma or Dirty Actions (which makes sense — both discs were compiled by minimal electronic producer Alessio Natalizia, b.k.a. Walls.)

Even so, it’s fascinating to hear how post-punk’s sound was being interpreted in southern Europe. So often we think of European post-punk as a Northern thing, mostly in UK, via Factory Benelux, and across Germany and France, but Mutazione serves a similar function to Man Records’ 2005 Brazilian compilation Não Wave in highlighting an unlikely breeding ground for young bands hopped up on heavy doses of Echo and the Bunnymen or Cabaret Voltaire.

From the other side of the Ionian comes another double-disc set of a very different flavor. Greek Rhapsody: Instrumental Music from Greece 1905-1956 (Dust-to-Digital) collects 42 tracks covering a broad spectrum of urban Greek music, or rebetiko, from the first half of the last century.

Its exceptional contents are an appropriate way to cap off Dust-to-Digital’s 10th anniversary in business. The Atlanta-based label has been renowned for informative liner notes and carefully put together compilations dating to its very first release, 2003’s 6-CD gospel n’ blues behemoth Goodbye, Babylon.

For Greek Rhapsody, the label handed the reins over to musician and researcher Tony Klein, a devoted student of Greek music for more than four decades. Klein has compiled music before, but Greek Rhapsody comes with a higher profile and more complete packaging detailing instruments and biographies. They even made a video for the doubters.

While the book is impressive, the music carries just as much weight. Because the music covers half-a-century, recording fidelity varies wildly from nearly extinct 78s to previously released tracks. Some, such as George Deligeorge’s whistling “Lemneiko-Zeibekiko” or the 16 songs of Spyros Peristeris that make up more than a third of the comp, are crystal-clear. Others, like Ag. Tombouli’s “Raftaki” or Manolis Hiotis’ “Giouzel Taxim,” suffer from the hiss of age.

Either way, the sound of rebetiko hits home for the listener with unmatched clarity. After a long evening of listening to Mutazione, Greek Rhapsody works as the perfect morning palate-cleanser.