How one war’s legacy endures 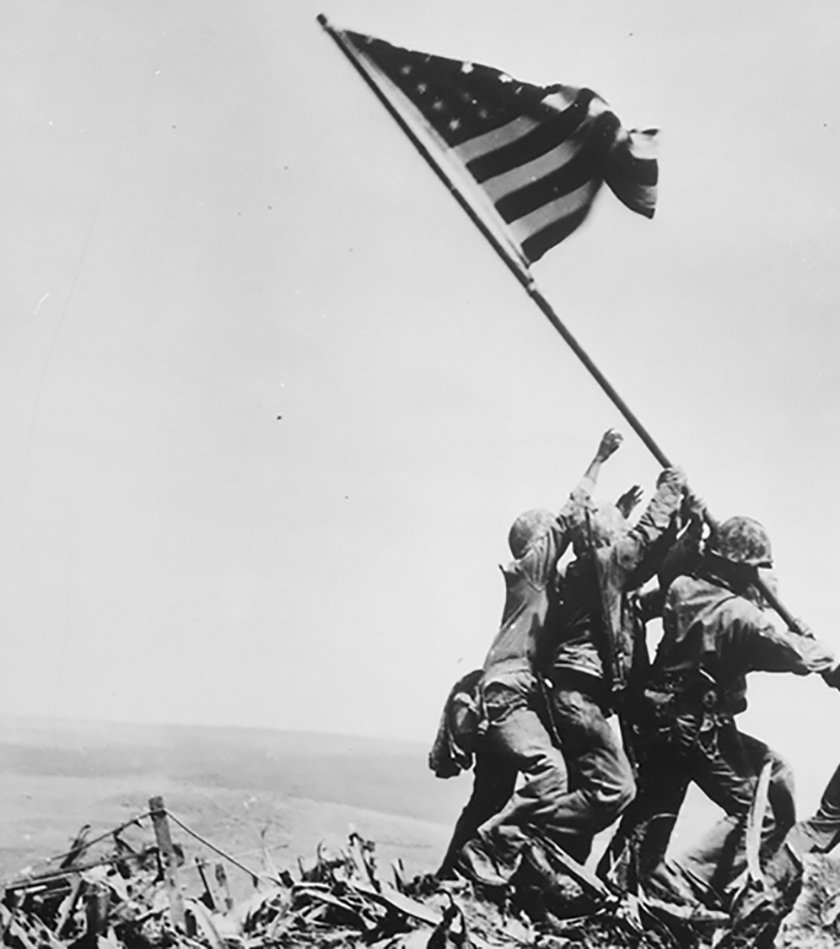 wo dates are painted by hand on a weathered New England barn near me, and together they sum up something I have been thinking and wanting to write about for some time. The dates are: 9/11/01 and 12/7/41.

The first of course is the date of the terrorist attacks on New York City and Washington, which are an indelible part of recent history. The second is the date of the Japanese attack on Pearl Harbor, which pushed the United States into an already raging war.

The juxtaposition of Pearl Harbor and 9/11 shows how World War II continues to shape our worldview today.

Even before the hostilities ended in 1945, victors and vanquished, nations and individuals began crafting stories to satisfy specific postwar aims. Some did so to evade punishment 0r to advance postwar military careers in NATO or the new armed forces of divided Germany, or to launch US political careers. Many national reputations needed protection or had to be forged anew. And there was a new war to contend with — the Cold War standoff with the Soviet Union.

The juxtaposition of Pearl Harbor and 9/11 shows how World War II continues to shape our worldview today.

As the postwar decades passed, this narrative-shaping became an industry. TV anchorman Tom Brokaw’s 1990s best-selling “The Greatest Generation,” director Steven Spielberg’s “Saving Private Ryan,” and historian Steven Ambrose’s “Band of Brothers” satisfied the nostalgia and fantasies of America’s wartime generation and those of its children, who grew with these visions of what the war had meant.

Successive generations soon adapted World War II tales to suit a different, newer market. They transferred earlier narratives to video games and brought them to social media (where an interest in World War II stimulates algorithms to serve up anti-Semitism and conspiracy theories).

Fortunately, there is better fare on other media outlets. And I have some favorites.

On their podcast “We Have Ways of Making You Talk,” British historian James Holland and comedian Al Murray adopt the “blokes-in-a-pub” format, where they chat about new books, interview veterans and scholars — and occasionally shred reputations.

Beneath the guffawing and irreverence there lies an encyclopedic knowledge of real events coupled with a bold new approach to doing history.

British battlefield guide Paul Woodage takes a more earnest approach on YouTube channel “World War 2 TV.” Woodage interviews top authorities on a wide variety of topics — often grouped into weekly themes, such as “Burma” or “Battle of the Bulge.” Holland, Murray, and Woodage offer a mix of geekery (lots of military hardware) and insightful scholarship. The entertainment and human-interest quotients are also high. I follow them all obsessively, even if I sometimes get lost when they burrow into the insides of tanks and planes.

Both programs provide sophisticated information to people with an interest in the war but who do not wish to read specialist texts or books. This is what “popular history” is for, and this is the best of it.

“We Have Ways” and Woodage present the war as the geographically sprawling, six-year drama it was. They bring on new generations of scholars unbeholden to public preconceptions that the war was just about Normandy landings and Nazis. They get past political ideology and apply context to family memories and the comments of veterans.

And there is a lot for professional historians and scholars to discuss. There is information emerging from newly-declassified archives or papers sealed for decades behind the Iron Curtain, such as Soviet battle reports or transcripts of bugged conversations of high-ranking Nazi prisoners in Britain. There are new research techniques, such as modern mapping and data analysis, used by Philip Blood to demonstrate the Luftwaffe’s complicity in the Holocaust (detailed in his “Birds of Prey – Hitler’s Luftwaffe, Ordinary Soldiers, and the Holocaust”).

Practically every episode I listen to suggests some old theme that is ripe for reassessment, each one still relevant today. Here are a few:

Would we have been in Afghanistan and other “forever wars” if America had not treated 9/11 as a second Pearl Harbor?

“Make America Great Again,” said former President Donald Trump, harking back to the Golden Age of the 1940s and 1950s when America’s economy was triumphant and not hobbled by regulation; those great days when the country was led by Democrats Franklin D. Roosevelt and Harry Truman and industrial and economic policy were dictated by the War Production Board.

Second World War myths lead many to frame President Vladimir Putin’s designs on Ukraine as a modern-day Munich Crisis, where anything short of military confrontation is “appeasement” and proof of national weakness. Maybe it’s time to ask whether Chamberlain was “played” by Hitler or bought time for democratic nations that weren’t prepared to fight Germany because their economies and societies had interests other than war?

Would we be afflicted by egomaniacal CEOs and politicians if our leadership models were quietly competent generals such as George C. Marshall instead of George S. Patton, a grandstander who was profligate with his troops’ lives?

On the contrary, healthy revisitation opens the door to wiser narratives, ones that can still make us proud.

America is particularly anxious about the besmirching or “cancellation” of treasured stories it has told about itself. But reassessing or replacing World War II’s established storyline is not necessarily unpatriotic or defeatist. On the contrary, healthy revisitation opens the door to wiser narratives, ones that can still make us proud.

A pet theme of “We Have Ways” is that the Allies did things better (and won) because they were democracies. Leaders who didn’t have to conform ideologically and flatter autocrats made better military decisions. Because democracies depended on popular support, they could not waste men’s lives. Britain and the U.S. put “steel over flesh,” which meant providing better and more reliable equipment rather than merely adding more men to the battlefield. The Allies’ obligation to treat conscripts well spurred innovations in medical care and safer weapons and boosted morale, details Germany and the Soviet Union all but ignored.

The sheer size of most bookstores’ sections on World War II would suggest the war has all but exhausted itself. But “We Have Ways’ and ‘WW2 TV’ show that’s anything but true. Far more remains to be learned, considered, and in some cases rethought.

— The author’s two favorites: World War 2 TV  and We have Ways.