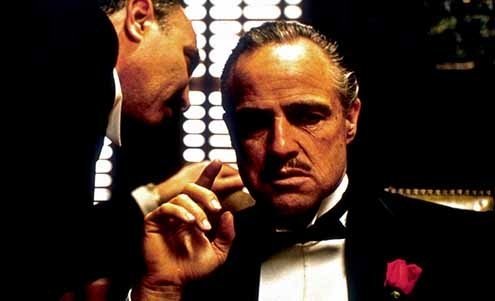 Not exactly the Tuscan type…
M

y grandmother once gave me sage advice regarding my husband. She said, “Elisa, Giulio isn’t family. If you don’t stop yelling at him, he is going to murder you”.

We come from mafia country. My nonna knows her way around a threat, so when she uttered those words with a wooden spoon in one hand and a plate of spaghetti marinara in the other, she meant it.

Her words sprung to mind recently because Giulio and I have been engaged in the infinite discussion that is my reluctance to assimilate.

Since losing his mayoral bid, Giulio has adopted the ex-girlfriend mentality. He is attending every public event and festival in an effort to show townspeople exactly what they’re missing out on, while simultaneously flaunting the fact that he’s totally okay with their very public breakup. It’s a tactic I can’t get behind since I spent the first two weeks after his election loss talking to him through the locked door of our upstairs apartment.

In my many years of exile, I mean, expat life, I have come to know Tuscans as the white bread of Italy. Like that bread, they’re flavorless, lacking the passion and hot-bloodedness you stereotypically associate with Italians. They can’t dance, tend to avoid the sun and steer clear of anything with too much spice. They aren’t’ so much Latin lovers as risk-adverse accountant types. They are openly obsessed with their own digestion and have latent hypochondriac tendencies that flair up every winter.

For a girl who was raised on stories of vendettas that almost always ended with someone losing their balls, figuratively or literally, the fumbling, docile and all-too-decent Tuscan nature is unbearable.

I’m half-Venetian, half-Calabrian. My father bequeathed nothing more than an unnatural tolerance for alcohol and the very real genetic problems that arise from your grandparents being first cousins. My great-grandmother used to break up street fights with her hands. On a slow day, my mother still seeks revenge for some imagined slight. My tombstone will read: Loving mother. Passable wife. Bitch to everyone else.

When I became an Italian citizen a couple of weeks ago, the ceremony was presided over by the new mayor. Hardly a week had passed since this man had bad-mouthed Giulio to victory, and yet here I was, forced to stand in front of him and swear allegiance.

I settled my face into its preferred position, dirty scowl, and answered all of his questions with non-committal grunts. I signed the paper and recoiled in disgust when he leaned in to kiss me not once, but twice, for the cameras. It isn’t an Italian citizenship ceremony if the turtlesque ageing mayor doesn’t sexually assault you. I felt less like a married woman completing a necessary bureaucratic process and more like a teenage girl being groped by someone’s overly friendly grandpa.

Giulio was all laughs, jokes and hugs. He acted as if he was catching up with an old friend. I seethed and he smiled. It’s the small town Tuscan way and one he’d very much like me to embrace. I grumpily refuse on the basis that I have enough trouble making myself understood in Italian. I shouldn’t be expected to be fake friendly as well. I’m not trying to be your friend. I’m just trying to order 100 grams of prosciutto.

I’m pretty sure Giulio won’t be murdering me anytime soon, but I can guarantee we will be arguing about this until we die. Let’s just see who goes first. Me from my hatred induced ulcers or Giulio from suppressing his emotions behind an insatiable desire to be liked by all. I’ll remember to add Coglione to his tombstone after he’s gone.