Out of the moment 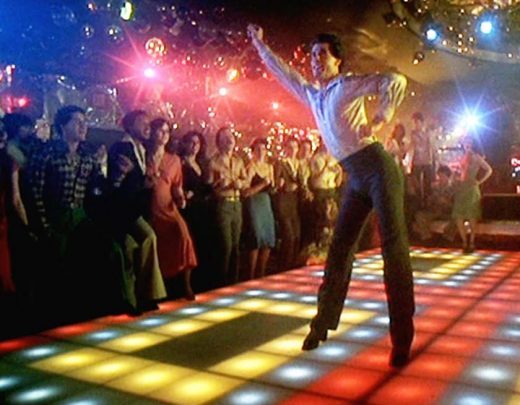 A fitness class is something more when it all but encourages you to dance down a memory lane that includes "Saturday Night Fever" and "The Lion Sleeps Tonight."
O

ne of the losses I’ve had to compensate for since moving from Milan to New Hampshire two years ago is the effortless fitness I picked up as a side effect of riding my bicycle through the Italian city.

Leisure biking is growing in most Italian cities, with rentals aplenty.

Though there’s plenty of cycling in the American northeast, most of it involves climbs that demand shifting gears. Plus, much of that cycling culture is nerdy, equipment-focused, competitive, and no-nonsense sweaty. It leaves little room for the kind of enjoyable daydreaming that came over me as I tootled around Milan’s flat terrain.

There is also plenty of hiking and cross-country skiing, but, minus the gears, it’s in the same spirit as the cycling — only that it’s without a bike, outdoors, and in winter.

That left the gym. Since I wasn’t motivated enough to work out alone, I needed a class. The 50-minute course for abs and glutes, however, was definitely not for me. Nor was Cross-fit. That left a personal trainer, Pilates, yoga, and something called “Forever Fit.” The first two were expensive and yoga is a bit too new-agey for me. And none of them were particularly conducive to daydreaming.

That left Forever Fit, which didn’t thrill me, to put it mildly.

With a perky name that belied reality, it reminded me of the “Joyful Joints” class my father attended after his paralyzing stroke, which was anything but joyful.

My view changed for the better once I got to the Forever Fit studio. The class itself combined personal comfort — we were all of like backgrounds — with the kind of secret bond shared by undercover members of a resistance group. In our case, the resistance was to common ideas about the age of people allowed to enjoy dancing at bar mitzvahs and wedding dances.

The joy of Forever Fit is that, in the Milan bike tradition, I am always somewhere else.

I liked how easy the class made it for me to cover strength, cardio, and balance. The simple choreography added some brain training to the mix.

In yoga, they insist you “be in the moment.” The joy of Forever Fit is that, in the Milan bike tradition, I am always somewhere else.

My mind wanders. It takes me to Italy, home of scientist Giacomo Rizzolati, who (incidentally) discovered the mirror neurons that make Forever Fit fun.

I often journey into the past, into youth. One day I found myself in Miss Marguerite’s ballet class where we swayed and waved silk scarves to Chopin, which was generally fun (not counting the embarrassing day I realized everyone was laughing at me because the music had stopped but I was still waving away).

Whenever the Jackson Five comes on, I remember the days when my parents were away on a trip and I devoured “American Bandstand” on the television the baby-sitter brought with her. My family did not own a television.

The first chords of Creedence Clearwater Revival’s “Proud Mary” or “I Heard it Through the Grapevine” send me to the porch of my childhood home, where older brother cuts the grass, with the eight track tape player booming loud enough for me to hear the band’s music over the mower.

“The Lion Sleeps Tonight” reminds me of the life lesson learned at a sixth grade slumber party at the home of a friend who lived over a store. Until that sleep-over I had never known anyone whose mother worked or whose house didn’t have its own yard.

On some of my “out of the moment” trips, I travel in company. Almost everyone in the class belts out “ba de ya” from Earth, Wind and Fire’s 1978 “September,” all remembering Septembers of our own. Everyone automatically does the John Travolta fingers for the Bee Gees’ “Saturday Night Fever.”

Our gray or graying hair and athletic clothes camouflage age differences; we are just ladies of a certain age. But if you watch carefully, small energy bursts provide clues to the decades when we danced the most. Frankie Vallee puts an extra zing in the steps of some, evidently transporting them back to sock hops with their “steady” — which is what you called a boyfriend once upon a time.

I realized everyone was laughing at me because the music had stopped but I was still waving away.

Others wave their hands with extra vigor for “Let the Sunshine In,” remembering when they went everywhere barefoot and wore hippie tie dye and gauze. Or trying to keep the vinyl mini-skirt from revealing too much while ponying to “I’m a Believer.”

My dance decade was the 1980s. In Forever Fit, my leggings magically become the organza skirt of the Bill Blass party dress I bought at Filene’s bargain basement. I feel like my favorite blue satin pumps are on my feet as I dance through memories of college parties and New York discos.

Sometimes we wander to places where, in reality, we could never go.

For some Forever Fitters, Broadway show tunes work like Bert’s sidewalk chalk pictures in “Mary Poppins.” In imaginary feathers and sequins, or a white satin tuxedo and top hat, they see themselves twirling with Fred Astaire. They flicker across the silver screen, take a bow on Broadway, or chat with uptown swells during breaks between nightclub numbers.

“The Bugle Boy of Company B” or “In the Mood” is my chalk picture. I wear a snappy World War II WAC or WAVE uniform. I dance with a handsome young airman, on the crowded floor at Quinn’s in the South Pacific, or the ballroom of the Savoy in blacked out London. Who knows what fate will bring tomorrow, but we don’t care; we’re young, and we feel immortal…

In our exercise class scenarios, we dream the impossible and we never age. Of course we can’t be forever young, but at least we can try to be forever fit.