Out of the ashes 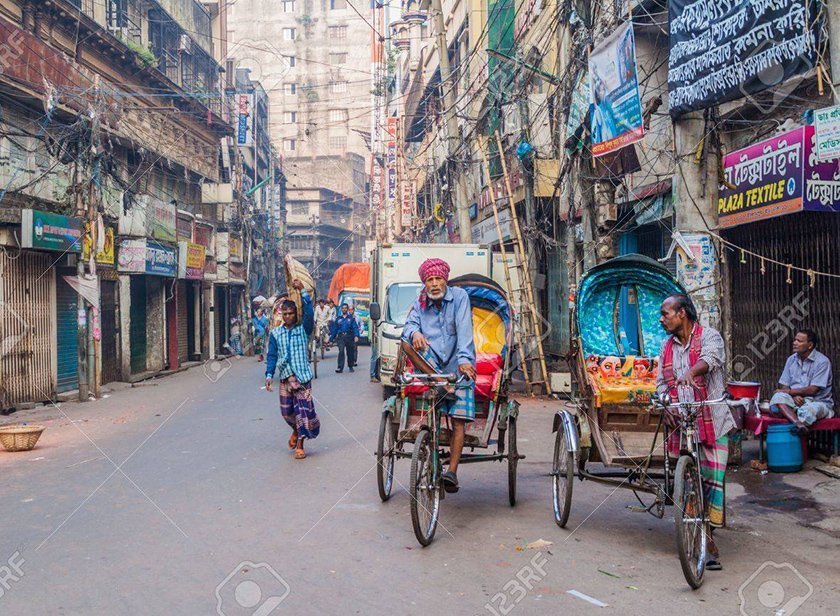 Bangladesh: Since its independence from Pakistan in 1971, a slow but steady rise.
Y

ou could almost hear the wails coming from the prime minister’s office in New Delhi in October. It was a soft moaning, the salty combination of disbelief and despair, sprinkled with touches of indignation and righteousness. Prompted by the release of a relatively obscure economic report that usually makes no headlines whatsoever, this anguish in New Delhi was almost as startling as it was palpable. And it has triggered no shortage of soul-searching for a global economy that is now just a bit less global.

On Oct. 14, 2020 the International Monetary Fund released the latest update to its wonky World Economic Outlook, and for the first time since 1991 predicted that India’s per capita income will be lower than that of Bangladesh — by approximately $11. Eleven dollars is not quite a giant sum, representing less than half of one percent of the overall per capita income of each country. But for India, in terns of emotional impact, it might as well have been a million dollars.

In the wake of this announcement, much of the media focus was on India: how could it let such a thing happen? In particular, what did it mean for the country’s image and reputation as a global economic power and a potential counterweight to China? How long would the discrepancy last and could India pull itself out of this funk? There was plenty of finger-pointing all-around. Though these questions and issues will all be sorted out over time, the more interesting story concerns Bangladesh itself. The former East Pakistan has become an economic success story.

Buried in the IMF Outlook and hidden from the headlines is the footnote that since 2004, Bangladesh’s economy has been growing at a blistering pace, generally topping 6 percent almost every year, with only a slight dip during the global financial crisis in 2008-2009. And in 2017, when India’s economy faltered, Bangladesh’s grew even faster, averaging over 7 percent and clearing 8 percent in 2019. This growth rate is unmatched in South Asia and outpaces much of the rest of the world. For a country rising out of the ashes of a bloody civil war less than 50 years ago, this is remarkable.

It has not been an easy road for Bangladesh. After the scorched earth efforts of the Pakistani army during the country’s 1971 war of independence, newly minted Bangladesh was left with little infrastructure and daunting development challenges. British journalist Mark Tully drove through the country during the war and described seeing entire villages being burnt to cinders as Pakistani troops tried in vain to re-establish control. Once the Pakistani forces were driven out, the country began to dig out, with India’s help no less. But this was not a panacea. There was no smooth road to good fortune.

Over the next several years, Bangladesh was beset by famine, floods, and cyclones, not to mention the assassination of its prime minister, several military coups, and general political instability. This situation was so bad, in fact, that even the international community looked the other way. U.S. National Security Advisor Henry Kissinger actually labeled the country a “basket case.” At the time, the future of Bangladesh appeared bleak indeed in every respect.

During the many ordeals following independence, Bangladesh predictably struggled to achieve high growth, especially with the socialist economy it had inherited from Pakistan. And it struggled throughout the 1970s and 1980s, unable to form a stable government, a stable economy, or a stable country. But things began changing in the 1990s. Following widespread civil unrest in December 1990, Bangladesh’s last military dictator (thus far) resigned peacefully, setting the stage for the country’s first-ever relatively free and fair elections the following February, and ushering in a parliamentary system of government that has basically held in one form or another for the last 30 years.

This political stability brought new life to Bangladesh and the country took advantage. It started focusing on job creation, industry growth, and exports. And then it did something almost unheard of in international geopolitics — it took international development aid and actually listened to the advice that goes with it. While some argued that taking such assistance would sap the government’s resolve to raise revenue and exhibit discipline, in fact the opposite happened. Bangladesh doubled down.

Facing dire economic straits even as it tried to modernize, from 1991 to 1993, the newly-democratic government set aside domestic politics and successfully followed a prescriptive economic program laid out by the International Monetary Fund (the same organization that issued last month’s Economic Outlook). The prescription was painful, but in many aspects it worked. Among the many reforms, perhaps most importantly, the government restructured the economy and pursued privatization decisively, driving right through its socialist traditions and accusations that doing so would be an affront to the poor.

In conjunction with structural reforms, Bangladesh aggressively pursued investments that are often recommended for developing countries but just as often ignored. It took the money from the Fund and it invested it in areas such as health, sanitation, a functioning banking system, poverty reduction, labor facilitation, and education. According to data compiled by the World Bank, Bangladesh’s leading development indicators, including school enrollment, poverty rate, life expectancy, and gender parity, are all trending in the right direction. And they have been for at least the last 20 years. Once Bangladesh got its economic house in order, it has been on a relentless upward trajectory.

This is not to say that the country is now a utopia, as it still faces numerous challenges, both economic and otherwise. After all, it is still a developing country in a tough neighborhood. Its overall level of poverty is still much too high, the garment industry that is the engine of its economy is loosely-regulated and rife with abuse, and the economy is still too dependent on remittances from abroad to keep humming.

Over the last 20 years, Bangladesh has experienced an impressive turnaround, establishing a relatively stable country.

Of even greater concern is the political and human rights situation. In recent years, Bangladesh appears to be backsliding on the very commitment to democracy that allowed its economy to flourish over the last 30 years. Since taking power for the second time in 2008, Prime Minister Sheikh Hasina has held a series of questionably-free elections that have returned her to power, jailed her political opponents, and curtailed basic rights such as freedom of speech, free press, and assembly. Moreover, the country is still a hotbed of corruption, ranked 146th out of 198 countries by Transparency International, and has seen a notable surge in radical extremism.

These are all issues that Bangladesh will need to grapple with as it tries to secure its economic future. But there is no question that over the last 20 years, it has experienced an impressive turnaround, leaving Pakistan firmly in the rearview mirror and establishing a relatively stable country. Its standing in the world has genuinely recovered from the “basket case” days of the early 1970s.

This standing will likely only increase in the coming years. Another nugget in the Economic Outlook that caused so much ruckus last month is that Bangladesh is predicted to keep growing at a healthy clip in the near-term. Even if India grows faster and retakes economic superiority, as is predicted, the two countries will likely be in a statistical dead-heat for years to come. Eleven dollars out of two thousand is not much at all.

So what does this mean for India? New Delhi is right to feel anguish over this development, but not because it has fallen behind Bangladesh. It should feel much more unsettled that the Outlook predicted that India’s economy will contract by over 10 percent in 2020. Some of this can be attributed to the impact of the COVID-19 pandemic, but such a massive contraction is over twice the global average prediction and higher than that of the United States, the only country with a higher caseload than India.

Even before the pandemic, India’s economy has sputtered, especially since 2017 when its growth rate decelerated rapidly. These years have exposed the structural weaknesses in the Indian economy and the inability of the Modi government to address them in a satisfactory manner. India has a lot of things to do to right the situation. Wailing about Bangladesh is not one of them.