Osmosis in the dark 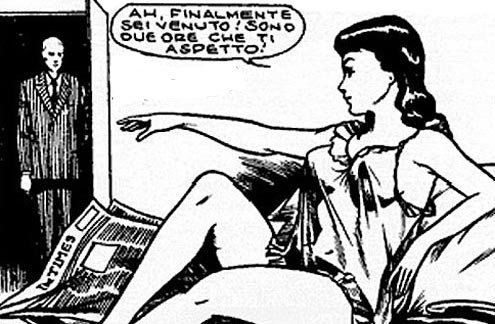 If the simple is hard, imagine the hard.
A

major magazine once sent me to Milan to interview Nobel Prize-winning poet Eugenio Montale. He talked graciously for hours until his starchy housekeeper scared him off to take his afternoon nap. His mood soured only once, when he growled that his most recent collection of poetry had fallen into the hands of an Indian-American translator contracted by his publisher Mondadori. He referred to the hapless scholar only as “that Indian.”

As I left, Montale handed me a copy of a recent book of essays called “Sulla Poesia” — “On Poetry” — and urged me to read a review of the volume published in the Italian Communist Party daily l’Unitá. I did. Or tried.

It was my turn to translate, with difficulty. I soon sympathized with the pilloried Indian. The critic’s sentences meandered, stalled by malicious commas and mischievous clauses. Paragraphs were as big as the Politburo. Obscure metaphors stood around applauding themselves.

Minimalist Montale had inadvertently introduced me to the opaque elitism of Italian newspaper language in which obscurity upheld status and class. Proud of their university pedigree, journalists and essayists competed not to communicate to a larger audience but to impress their learned peers. Ambiguity and the passive voice conferred battlefield chevrons in the struggle for intellectual one-upmanship.

I ultimately gave up on trying to make sense of the Montale review. Now, more than three decades after Montale’s death, it would seem logical to believe in some kind of linguistic forward progress, even in stubborn Italy, for no other reason than global culture’s preference for breaking news-style clarity.

But no: Italian resistance to clarity remains fierce. Most writers still consider terseness an enemy — a sign of weakness — and seasoned translators continue facing weaponized detritus disguised as insight.

One such translator, who specializes in art and music, recently forwarded me this emblematic little nasty, about a painting, or a school of painters:

Successful translators can be — and perhaps should be — like gifted cooks: the kind who follow their noses in a pinch. When baffled, they use ingredients and aromas as clues.

But what if you get peach garlic, peppered strawberries, and sugared liver?

Stewing over the passage, I impishly went post-modern: I fed it into the web, specifically into a translation site obligingly named “Babel,” which (in a slothful 0.7 seconds) chewed and spit out its findings:

“In parallel with this deterritorializzazione, that it renders — or aimed to render — the world an only country, defined hour exists the truth ‘glocal,’ that one of the single physical places — community, nations, city, regions — which, also in osmotic relation with the world around like never in past, continues living the own particular dimension.”

But only a few days later I had my own misadventure. A local company asked me to produce a brief English-language text to help promote a new guidebook of all-night services in Rome for print and online use.

I wrote simple phrases in bullet form listing the advantages readers might get from the handbook. Unwisely, I set aside the allure of the osmotic.

The company chief read my terse summary, thanked me politely, but modestly inquired if I wouldn’t instead look at their own English version, which their editor believed better captured the “true spirit” of the book.

I agreed, and here it is, grammatically unabridged:

“Finally a complete guide to the city that doesn’t sleep. All the informations you need to enjoy your night in Rome. From the sunset to the dawn. Do you want the dine on midnight places? Do you want to visit a museum in the exclusive tour? Do you want to dance with suggestive ways? You always discover the city open to your desires, the city where life not stop and the rhythm Of the night accompanies your desire to meet, to see, to taste, to listen, to laugh. With our book in your pocket you have 365 good motivational feeling to take one more appointement, In the dark, of course.”

These alert suggestions have led me to modify my life’s goals. I now seek to dine not at but on midnight, a tasty book tucked in each of my 365 rhythmic pockets. Hoping all the while for desirably exclusive motivation. Who knows, maybe I’ll even meet a dark laugh along the suggestive way.

After which I’ll get on with the main event: osmosis.