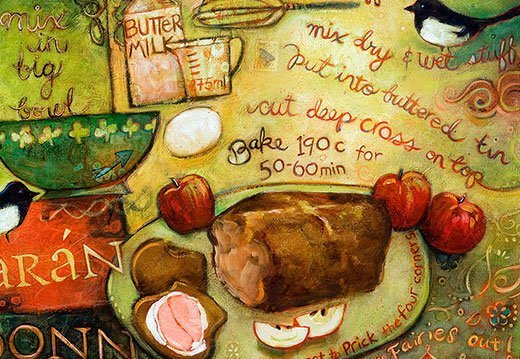 speak only for myself, but I know from experience that sometimes a friend can give you a treasured recipe that you’ve oohed and aahed over and pronounced the best you’ve ever eaten. You’re so pleased to have it, but when you make your own version of the dish, lo and behold, it doesn’t quite come out the same.

Something is amiss, you think, and you’re right.

The something that the trusted friend has forgotten (in all innocence, or not) to mention is one of the ingredients that’s vital to making the dish you so desired to imitate.

My very own mother, a brilliant cook who gave away her turkey stuffing recipe as a holiday gift, once told me — after a glass of wine, mind you — that she invariably managed to leave out a critical ingredient of the gift. After a second glass, she confided that the missing piece was chili powder, which she cooked in a little butter. That, of course, is what gave the stuffing (she called it “dressing”) its incomparable zing — along with the top-notch butter, the grilled nuts, great cornbread and so on.

This Thanksgiving we savored the most heavenly stracotto that has ever passed anyone’s lips.

This Thanksgiving, in place of turkey, we dined with friends and savored the most heavenly stracotto that has ever passed anyone’s lips. Wine-dark after hours of low-heat cooking, it was tender enough to eat with a spoon. I of course asked for the recipe and got a fairly good run-down of the basics.

In exchange for these instructions, my friend quizzed me mercilessly about my pommes dauphinoise, a simple recipe I gladly shared — potatoes, garlic, and cream.

But I didn’t have pen and paper when my friend went over her stracotto details. I just memorized what I could, thanked him, and kept on eating. Only later did it hit me that something must be missing.

I asked the cook again and he said no, that was it, but I couldn’t and wouldn’t let it go. That something was in the back of my head.

Only at the very end of the evening did he say, “Oh yes, and juniper berries.”

Anyone who has cooked with juniper berries knows that they just can’t be left out of a recipe that demands them.

Now then, anyone who has cooked with juniper berries knows full well that they just can’t be left out of a recipe that demands them (you need a burger between the bun and trimmings). That little last-minute non-tidbit would make or break my version of his stracotto. My advice, always ask twice or three times if you’re sure something is wee-wah about a recipe.

I’m as guilty of failing to do this as the next cook. Take my spaghetti alle vongole, one of my staples, and an easy recipe. Yet when I give others the lowdown I’m inclined to forget mentioning the tiny pinch of anise seed — which I know is what makes the dish sing. Some recipe details can have a proprietary feel, as if you’re handing out a key to your house. But I usually give in. It’s not as if I have a secret weapon or worry that the world’s remaining kings and queens will steal it.

In the end, fellow cooks are like soulmates and to relinquish a pet recipe is like sharing a confidence, a little present given to a visiting friend that can go a long way.

Oh dear! I completely forgot to mention the tiny touch of anchovy in my pommes dauphinois. Please take my word for it: I didn’t mean to.