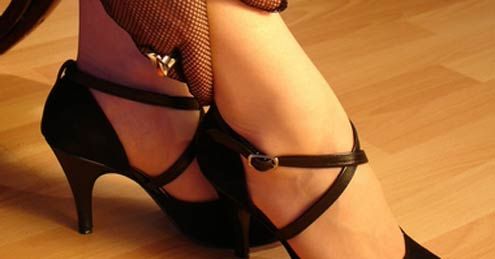 “Well what about if you go to pick up Nicole from her tango class ... "
T

he last time we met Padre Americano, the American priest who is overseeing our premarital “lessons,” he cut to the chase.

“How long has it been since your last fight?”

We looked at each other and shrugged our shoulders.

My memory is better than that of my husband-to-be (who also accuses me of picking all the fights), so I gave the priest my version, albeit gingerly.

“Couple of months, actually,” I told him, stopping there.

I presume he asked because at our previous session I had broken down in tears. Apart from my inherent sensitivity, I can’t pinpoint the one thing that opened the floodgates.

But Padre Americano calmed the waters. “You guys already know these things about one another and accept each other anyway. So that’s good.”

After the session, he made us promise postpone any “fight about the fight” discussion until we met him again. If we were going to “debate” the matter, he wanted to mediate.

All the more so because the subject of the next session was every couples’ favorite: Fidelity. Lovely. Nor did the priest hold back.

“Do you think it’s okay to have a lover?” he asked me.

Then, “Would you leave Fabio if he cheated on you during your marriage?”

At that point, I could swear I had an out-of-body experience.

“No, a lover’s not okay,” I said. “And as for the second question, it depends on the situation.”

It was at that moment that I wondered whether these classes were designed to create conflict. I knew there were issues pertinent to family and married life that had to see the light of day, at least from the point of view of the Catholic Church. But other questions seemed pointedly intended to provoke quarrels.

Next, we moved onto jealousy.

Fabio laughed. Jealousy was my weak spot, he announced. “Nicole’s not really jealous at all,” he said ironically.

The priest found it amusing that Fabio found the topic “funny.”

So, he turned the tables. Was he, Fabio, jealous?

The priest pressed on. “Well what about if you go to pick up Nicole from her tango class and you see her giving her dance instructor a goodbye hug.” (For the record I don’t take tango lessons.)

Padre Americano upped the ante. “Well, what if she was laughing playfully and smiling as they exchanged their good bye looks?”

Fabio stared me down and turned back to the priest. “Well, I would say she could walk home at that point,” he said.