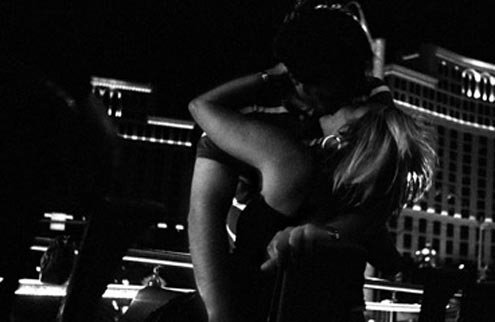 It was likely the leftover stirrings of lust from her vacation.
A

lex rubbed sleep from her eyes. The sunlight streamed all too cruelly as she emerged from the subway. Her office had rescheduled a meeting for her first day back from holiday. She wasn’t sure whether to feel flattered or annoyed. She’d only been working there for four months and her presence seemed barely integral. Yet they felt it necessary that she be there. In addition, they’d sent someone in from the corporate office for one-on-one consultation. Following the meeting he would observe her for the day. She had barely had time to schedule client appointments. It would be an exercise in improvisation.

Coworkers streamed in and they took their usual seats around the long table. A few minutes before 10 a.m. a tall man entered the room and settled toward the back. Alex turned to look and he shot her a cordial smile. Her coworker Leslie nudged her on the arm, “That’s John. He’s all yours today…” Alex wasn’t sure what to make of that and sat back in her seat with a sigh.

When the meeting adjourned everyone headed out. Alex stood up to greet him and lay out their schedule. As she approached, she realized just how tall he was: a towering six-foot-five to her petite five-feet. She’d worn low heels as usual, but still craned her neck to look at him. Side by side the top of her head didn’t even graze his underarm. He reached to shake her hand and it all but disappeared inside his.

She felt something in that handshake and didn’t dare to look at him. It was likely the leftover stirrings of lust from her vacation. During her stay at a Cancun resort, she and spent four days flirting mercilessly suntanned bartenders and cabana boys.

John had a serious but friendly aspect about him. Once they got started conversation flowed easily, and she actually found his presence soothing. He seemed to trust her abilities and offered advice in a restrained and respectful way.

They broke for lunch around 2 p.m. They sat side-by-side at the bar of a restaurant downstairs from the office. For once they were almost eye-to-eye. He smiled warmly and ordered for both of them. She adjusted her position on the bar, his thigh accidentally brushing her knee. Embarrassed, she pulled it away. After few minutes she was certain she felt his hand pull it back. But she couldn’t be sure. And she honestly wasn’t sure she minded either way. The piña-colada withdrawal was still in effect, blurring her vision and her good sense.

In a taxi he asked her if she had any gum. She handed him a pack of Trident, from which he extracted two pieces. “Want one,” he asked? She nodded. Without a word he unwrapped the first one and popped it in her mouth. She gulped and bit down. He laughed and unwrapped his own. They said nothing and proceeded to the next appointment.

Before long they were sharing secrets and emphatically touching one another’s shoulders, elbows, and knees. She decided to pretend none of this was noteworthy, but as they were getting out of the cab he cupped the back of her neck with his hand. There was no mistaking the intention.

When they finished their last meeting he asked her to dinner. He wanted to review her performance. They both grinned and chose a time and place.

She weighed the implications of what might or might not happen. It was possible — probable actually — that he was merely having fun, a tremendous flirt with no intention of jeopardizing either of their jobs. Then a terrifying notion crossed her mind. What if this entire charade was her performance review? Her actions — reactions really — over dinner could determine her future with the company. Her heart was beating. What bothered her most is that she wasn’t sure she cared.

He had changed into a red button down and a tie. She’d put on a dress with a high neckline and opaque tights. It was an innocent look, if slightly inviting in a schoolgirl kind of way.

While they ate, he pressed her knees between his. After dinner she accompanied him down the subway stairs. She leaned in to say goodbye, at which point he lifted her up two steps and took her face between his giant hands and kissed her hard. She pulled back. “Will this reflect on my performance?” She asked, straining back a smile.

He pulled her close and slid a hand between her thighs. “So far, it’s inconclusive,” he whispered. A train whirred by without stopping. She muffled her moans in the folds of his jacket.

She sighed and resigned herself to fate. Any lingering doubts evaporated when she felt his hands encircle her waist from behind. Her skirt ruffled in the wind. Her tights fell to the floor.