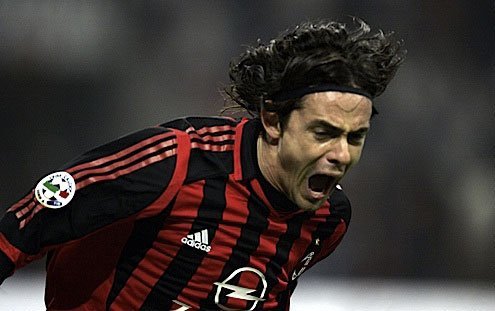 The key to a successful marriage is not to come between a man and his Pippo.
I

f you want to get married in a Catholic church you face four major hurdles: baptism, communion, confirmation, and marriage preparation classes.

Earlier this year, I took care of the first three and became a Catholic. But Fabio, who hasn’t been confirmed, lagged behind. We both faced marriage preparation classes.

Being a brava and thoroughly efficient Americana, I asked our priest if he’d pull a two-for: confirm Fabio and give us the classes.

And being the bravo Americano priest that he is, he agreed. For which we’re grateful and lucky.

For those of you who don’t know how marriage class works, I’ll sum it up for you in two familiar words: Couples therapy.

Typically, the classes are held at your local church and are run by a (very old) priest. The weekly sessions typically last two months with 20-to-50 participants per class, depending on the parish. The classes intended to help couples confront topics and situations that they may face once married — if they haven’t already. The idea is to help avoid… surprises.

Group classes have pros and cons. On the plus side, you hear other couples’ stories, which keeps the focus off you. The negatives are that not everyone gets to speak up and few tell the whole truth and nothing but the truth, so help you… There’s bella figura. We’re in Italy, right?

But our sessions — bless the priest — would be individual: two-on-one. Since our wedding date isn’t until late next year, we wouldn’t be held to the strict weekly schedule. Fabio is a busy man, which the priest understood.

Our “padre Americano” deferred not only to Fabio’s work obligations, but also to A.C. Milan’s schedule — which meant no class on game day.

With all this in mind, we began.

The priest told us the sessions would be “difficult and challenging,” to which we nodded solemnly. “I’ve seen couples who have stormed out of the room and slammed the door,” he said. “I’ve even waited for 20 minutes for one groom to stop crying.”

In fairness, he also said that all the couples he’d “taught” had thanked him and were still married.

He started out with a personality test to determine how compatible we were as a couple. Answer honestly, he said.

He then turned to me: “Is there anything that you absolutely can’t stand about Fabio? And do you think that same thing — 10 years from now — might cause you to say, ‘I can’t take this anymore?’”

He said some couples fell back on the line, “Let’s get married and see how it works out for 10 years.”

Yes, I told him, there were things Fabio did that drove me crazy, but I knew and I realized that everyone has their defects. I mentioned that my parents had been married for more than 35 years. “They’re my example that a marriage can work through anything,” I told him.

Padre Americano then turned to Fabio with the same question.

He blushed. He’s an introvert. I knew the sessions might challenge him.

“Yes,” he peeped. She’s a little stressante at times, he said.

Padre Americano: “You know that she will probably never change right? Never. Are you comfortable with that?”

I shot the priest a look.

At the same time I realized he was trying to push our buttons to get us to talk. He was examining reactions.

Fabio said, “It’s so little, really,” he said about what bothered him. “And, well, we’ve been together five years now and I just can’t imagine not being able to get through it.”

The priest pushed ahead. Give me an example, he asked Fabio.

“For example,” he responded, “she used to stress me out about watching so much soccer. But then I told her, ‘Basta!’ And she gets it.”

So the message is clear.

The key to a successful marriage is not to come between a man and his soccer.