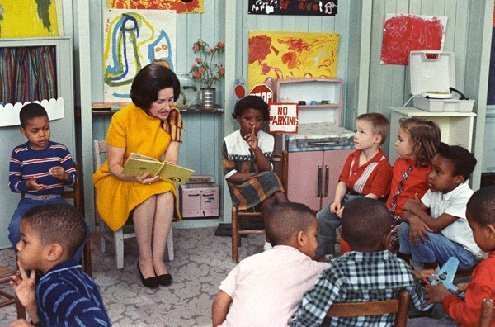 ow is it that a kid can grow up in a family lacking in stability and love, exposed to neglect and abuse, but still manage not abandon hope and resist cynicism? Listen to stories of resilience and you might well hear about the role one person played: a second-grade teacher, an aunt, a neighbor or a coach, someone who saw the child uniquely and cared unconditionally. By their actions, this person suggested that not all relationships would be manipulative, abusive or rejecting.

The truth is that one good relationship can be transformative.

Troubled home life can condition a child into believing the treatment they face daily is the norm. If a child’s parents see him as a burden, why wouldn’t others see him the same way? If his hopes are constantly dashed, why should he bother to hope at all? He might even come to believe he’s fundamentally bad — for no other reason than to give him hope that by trying very hard to be good he’d finally get the love he craves.

Instead of this vicious cycle, one person intervened. That person accepted the child at face value and cared for him no matter what he did, making him question his pessimistic view of the world, and himself.

Metaphorically, this sliver of a relationship can operate a little like a crystal in an amorphous solution. To make rock candy, you attach a crystal of sugar to a stick and place it in a saturated solution of sugar. The solution’s molecules are wildly scattered. But as soon as the crystal is introduced, they begin congregating around it, creating rows. As the water dries, the molecules eventually align.

That’s what happens when a loving person enters the life of someone who doesn’t know such love. The bond makes the child on the receiving end aware of what good relationship is, and how far it can go. It becomes a template for a new way of being with another.

A few of the “molecules” in the greater mass of the child’s makeup come to align around the person who cares. The child recognizes that not all relationships must be like the troubled ones of his early family years.

People often fail to grasp how much their simple presence can affect the life of child. They don’t fully recognize the value of working to know someone and of caring openly. This caring can make the difference between a girl who grows up closed, angry and hopeless and one who continues striving for a better life.

In the mid-1960s, the United States started a program intent on raising cognitive preparation for poor urban children before they entered school, hoping to give them a “Head Start,” which is what the program was called. Kids would meet mostly with college student volunteers on a regular basis and learn concepts like “above” and “below,” “inside” and “outside,” some numbers, some letters — a little like TV’s “Sesame Street,” originally designed with the same purpose in mind. (Early “Sesame Street” episodes were set in a poor inner-city neighborhood).

Many of these cognitive attainments were short-lived because the schools the kids ended up attended weren’t strong enough to improve on these basic skills. But when these Head Start children were tracked forward into adulthood — with those randomly selected for the program examined alongside those who weren’t -data from some communities yielded some surprising results. Significantly, most of those in “Head Start” finished high school. As a group, fewer were ever arrested, fewer were on welfare, and fewer were divorced, more owned their own homes, and most earned far more than those who hadn’t been part of the program.

One local “Head Start” program applied a cost-benefit analysis to better judge the overall impact. Organizers estimated they’d spent about $12,000 on the program, but pegged the public benefit at about $75,000 — the benefit based on taxes generated by income-earning adults who’d been in the program, welfare payments saved, legal expenses saved, as well as the money that would otherwise have been lost to crime victims.

This data can only be interpreted, not explained. But it does suggest that a troubled child can reap psychological benefits from interacting with idealistic college student, a teacher or a similar figure at an early age. It implies that one good relationship can have a major impact on life going forward. Minus this special interaction, the two groups were identical. The children chosen to participate in “Head Start” were randomly selected from the same population with which they were later compared.

Some us wonder what good it does in the long run to teach, to be an aunt or an uncle, to take an interest in a neighbor’s child, to be a babysitter. Those with any doubts should trust in the importance of the one good relationship. They are the single crystal of sugar in the saturated solution. They align the molecules. They create the basis for health and hopeful relationships in the place of bad and hopeless ones.