One for Warren: The greening of a campaign worker 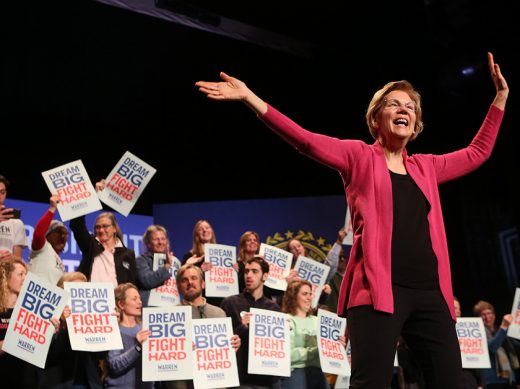 iving in Italy, a sense of futility can be a constant companion. Nothing can be changed, you are told time and again. It’s always been that way. Pazienza. While living in Milan, America’s political scene only exacerbated my feeling of impotence.

I vowed that when I returned to the United States, which I did three years ago, I’d put Italian stasis behind me and work for change in my native country. Although settling in a New Hampshire town was not my original plan, it’s turned out to be an apt choice. The state hosts the nation’s first presidential primary (set for February 11), and the run-up has given me a perfect opportunity to fulfill my vow.

For decades, I had seen footage of candidates braving cold and snow to engage voters in town hall conversations while dropping into diners throughout the state.

Here was my chance to participate.

I began in April 2019 with my first “house party.” At these events, candidates test the waters by inviting voters to visit the homes of party activists. It doesn’t get more American than this. Clean cut young people with impeccable academic credentials help you park while telling you how “awesome” it is that you decided to come see candidate X. In the morning, you’re offered boxed coffee and donuts. Evening gatherings come with vegetable plates, hummus, and wine. 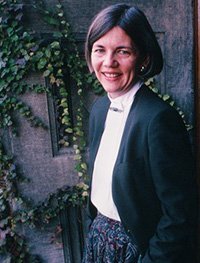 In her teens and twenties, Warren leaned toward Republican positions. She then changed political course.

Youths with clipboards circulate, trawling for a precious catch of names and addresses.

My first house party (actually in a Mexican restaurant) was for former Colorado Governor John Hickenlooper. Though nice in a guy-to-have-a-beer with way, it was otherwise uninspiring. My second “visit” was to Massachusetts Senator Elizabeth Warren. Her career trajectory was inspiring, from community college to special education teacher to single mother to state law school, and eventually a chair at Harvard Law School.

Where I live, the largest industry is Dartmouth College and its medical center. Warren actually relished tough questions from these voters, whose average educational level was an Ivy League degree. After teaching nursery school and creating and running the Consumer Financial Protection Bureau (the federal consumer protection agency), she felt ready for anything. Warren was not only lively, but also had a sense of humor.

Writing is a refuge for timid persuaders, so I picked up a clipboard and knocked on doors.

Once her clipboard people marked down my number, they gently began reeling me in. The lure was the prospect of hanging around with bright young adults who reminded me of my children. I also recognized myself in Warren. She was the woman who had spent a lifetime doing her homework, only to have less-prepared men shove her aside and take credit for her work. In that sense, she felt like a reliable ally in a fight I had almost given up on.

Local Warren leader Cassie Castro invited me for coffee and pushed me out of my comfort zone.

While I’m very familiar with persuasion, which is the lifeblood of writing, writing is also a refuge for the timid persuaders. With Cassie’s encouragement, I picked up a clipboard and knocked on doors. At times I felt as if I was poised on the edge of a cliff with people pushing me from behind.

In the end, though, it wasn’t so bad. Not at all, in fact. I often found common ground with the special education teachers, waitresses, and students who came to the door.

Like them — even in my charmed life — I’d been stung by white male privilege, struggled to combine children with work. I’d also been a freelancer without contractual protection or health care. Warren, I could tell those who listened, was aware of their problems and had worked with experts to create an assortment of detailed policies. She’d even researched how to improve crummy military housing, how to help people deal with personal bankruptcy, and improve health care for Native Americans. Her guiding principal is making existing legislation and structures work for everyone, not just the well-off.

As I canvassed neighborhoods, my skills improved. Eventually I was able to get some locals to make verbal commitments to voting for Warren. The thrill of facing and surmounting a challenge knows no age limit. When I handed in my clipboard at the local campaign office, I had a bit of an adrenaline rush.

If anything equals the ego boost of meeting such a challenge, it’s being promoted beyond your ability. Cassie evidently thought I was now able enough to train other people to knock on doors.

Enterprises take their character from their leaders. Warren’s New Hampshire campaign workers were more than just smart and well-educated. Their regular jobs as social workers or think tankers reflected the candidate’s priorities and values.

Warren, I could tell those who listened, was aware of their problems.

If anything, a task as serious as campaign work has turned out to be more fun than I ever thought it could be. Being around motivated youth is a joy. The same holds for activists and “social justice warriors,” a group once as foreign to me as Italians.

I falter when Bernie Sanders supporters — the Bernie Bros — are outright nasty, or when Trump voters slam the door. When Warren is criticized on tiny policy points or missteps that would be overlooked for a man, I grow discouraged. When a new poll shows Warren lagging, I know how my son felt when his beloved Inter lost an Italian soccer match. It is at those moments that the eternal optimism of activists buoys me. Change is possible! We will make it happen! The fight is important in itself!

The post-industrial decline in New Hampshire is older and deeper than that of the Midwestern Rust Belt. The Warren office in Lebanon, N.H. runs a gamut of extremes. We knock on as many spotless colonial and Tudor doors of highly-educated voters connected to Dartmouth as we do the boarded-up shacks of voters who can’t afford insulin.

I have no idea how Warren will do. Of course I hope that she wins the primary and then the presidency, where I know she would do good. In the meantime, working for her campaign has already done one person a great deal of good. Me.