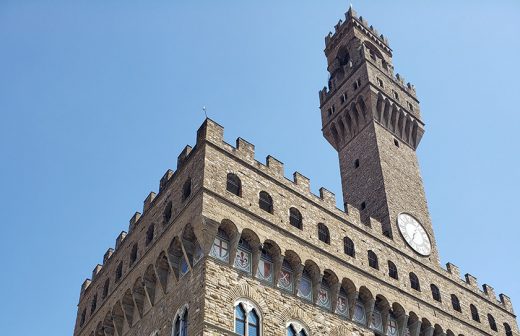 verything you see I owe to pasta. • Sophia Loren

Italy has been resting on its laurels for countless generations. Mediterranean peninsulas can get away with that because their laurels are among the most impressive the world has ever seen.

I’ve just come from a nearly two-month stint in Italy, mostly most spent in a Tuscan locale that might ring a bell: Florence. I’ve lost count, but I think this trip to Italy was my twelfth.

Pasta-made, Naples-born Sophia Loren in her prime: a gracious and beautiful Italian emissary.

Like much of Europe, Italy has and hasn’t changed over the years. Italy of the 21st century (like Italy of the century prior) is a political mess. The country has had more than 60 governments since World War II, and even most Italians can’t tell you the exact number — 67, including two over the last 15 months. By comparison, Britain, also a parliamentary democracy, has had 25.

The economy is as unstable as the political scene. Youth unemployment still hovers around 40 percent, while the national debt — as a percentage of total output (GDP) — is 132 percent, twice that of Germany. Since Italy’s social welfare system is generous, to say the least, that figure is rising.

Each year, more people visit Italy (some 62 million) than live there (61). Tourism, though essential to the economy, can bring parts of central Rome and Florence to a traffic standstill. Venice, which has no cars, is still packed enough to make peak-season visits a nightmare.

In that sense, Italy’s saving grace may be its lack of the modern. Its history is what sets it apart.

Why does food taste better in Italy than anywhere else? (Sorry, France, but you’re a close second.)

This is a land that once produced the Roman Empire, among the most expansive ever. For nearly two millennia, it has hosted the seat of Roman Catholicism (though Catholicism is no longer, as it once was, a state religion). It has produced artistic geniuses: Leonardo da Vinci, Michelangelo Buonarroti, and dozens more, and great scientific minds, including astronomer Galileo Galilei, mathematician Girolamo Cardano, and physicist Enrico Fermi (once again, the list is long).

It has survived invasions by the Carthaginians (Hannibal), the Mongols (Genghis Khan’s grandchildren), and the Nazis.

It has been ruled by butchering dictators like Nero (who poisoned his own mother) and by boyish Pope Benedict IX, who allegedly committed murders and rapes in broad daylight during his three 11th-century papacies. Add to the list the 20th-century Fascist dictator Benito Mussolini, who, contrary to myth, did not make Italy’s trains run on time (though he did help modernize parts of Rome).

Pizza is pizza all over the world, except perhaps in Italy, which created the real thing.

Italy has long been up against organized crime, including the Mafia and a labyrinth of others. The country’s tax system is a maze of its own, and one that can induce panic attacks, if not schizophrenia. Oh, and Italians smoke too much (though not as much as the French).

The problems seem to me like stones in a streambed. They’re almost impossible to avoid and sometimes infuriating. But if the stones are the annoyance, Italy is the stream.

And it opens your senses to wonders.

Why does food taste better in Italy than anywhere else? (Sorry, France, but you’re a close second.) Why is the consumption of a humble tomato (and its offshoots) such an uplifting experience?

How is it possible you can walk through the heart of Rome, Florence, or Siena at midnight and feel both carefree and overjoyed? Going for a midnight stroll in most big American cities at that hour would be a recipe for anxiety.

In Fiesole, a friend and I waited for the last bus to Florence, where the amber and blue streetlights in the town square made lovers glow as they cuddled on benches. Cafes crowding the sidewalks pulsed with Italian songs. On the other side of the street from the station, a clutch of five elderly women stood eating gelato and talked animatedly all at once.

Imagine, people who not only know their neighbors but who also enjoy their company. Imagine deep stars and a bright church steeple seen on a weeknight. This life is an anathema to America, at least the America of today.

Pedestrians actually have the right of way, even on the busiest of street corners in Rome. Cars may speed and whizz, but they come to a halt. Bikes are becoming more respected and even prevalent (as they were in Italy during the impoverished 1950s). Many stores continue to close in the afternoons. People take naps. A break, imagine that. Some restaurants and shops still close for two weeks in August. Close.

When you walk into shops (mostly not mammoth mall-box wastelands with products on pallets), people wish you a good day or a good evening. Just as important, they expect you to return their greetings. It’s a civilized way to behave, and it’s as expected here as it is unexpected in America.

And, yes, there is a difference between a shopowner saying buon giorno to everyone who enters and a paid retiree standing about for six to eight hours, explicitly directed to say, “Welcome to Walmart.” One is part of a culture, the other an aspect of marketing.

In short, Italians can be animated, insistent, and incredulous — all at once and at high volume — but courtesy rarely demands a wage.

It is, I think, the tenacity of this Italian way of life that has carried the peninsula through all its vagaries, slaughter and war, jubilation and enthusiasm.

In simple terms, everyday life is livable. The approach to life is hopeful, if not indomitable, even amid the messy politics and public carping. Despite what they’re up against, as well as a lot of clichéd press, they don’t seem worn down as a people.

Putting Mussolini legends aside, I can tell you first hand that the buses, trains, and subways pretty much run on time. Tuscan sunlight will astound you — and, no, I can’t explain why. The food is even better than you’ve been told. Italians are both in your face when talking and extremely polite. I can’t explain the contradiction, but it is a joy.

The Italian approach to life is hopeful, if not indomitable, even amid the messy politics and public carping.

Come to Italy at least once in your life. Struggle, no matter how badly, with speaking Italian, not English, because if you do, you’ll earn a willing shopkeeper’s (or bus driver’s, or conductor’s, or somebody’s) help.

Take your time. Italy can be the most Zen place you’ve visited.

Have I mentioned eating? I’ll mention it again. Eat. Pasta, one of Italy’s treasures, is — as prepared here — something tantamount to a religious revelation.

Yes, it’s true, I like Italy. Any country that’s given the world Federico Fellini, Paulo Sorrentino, gelato, the Sistine Chapel, the Cathedral of Siena, ballet (invented in Florence), and even newspapers (invented in Venice) has earned its undying affection.

It’s a messy boot of a country that comes with a mix of extremes. But those same extremes made the likes of Sophia Loren, who, among many others, makes you set all complaining aside.