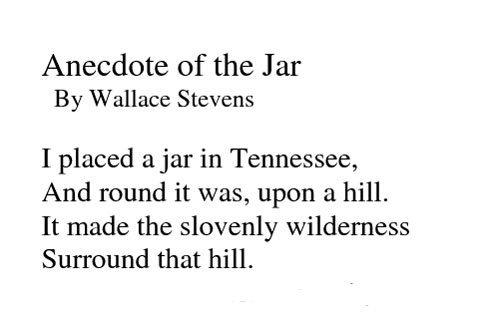 ’ve been writing this column for almost five years, and there are months when I can’t think of much to say about anything. Try as I might, nothing seems worth the 850 words of effort: politics, food, literature or even music. This may sound strange to those who know me. “Mr. Loudmouth can’t find anything to say? Haw haw! It’s about time.”

It’s not really writer’s block. I haven’t really been much of a writer these days. Oh, I can remember a time not long ago when I was very prolific, turning out poetry, blog posts and articles almost nonstop. If a day passed without some minimum output it was considered a day lost. If you write, you know the drill.

But one soon learns there are two kinds of writing. There’s the kind that attempts to communicate something to others by way of the improbably effective written word. Then there’s the kind that is basically talking to yourself. Talking to yourself, as we all know, can be an excellent way of organizing your thoughts. Occasionally it leads to breakthroughs, illuminations or epiphanies. But it can be cumbersome, and most often leaves the writer exhausted and discouraged at the end of the session.

I remember when I decided to be a writer. Rather, I remember when writing became something I knew I wanted to do. Back then imitation drove me. I didn’t so much want to find my voice as hone my ability to imitate others. Hell, I could imitate almost any poet I read! I even managed to publish a poem — aptly titled “Imitation of Stevens” — in a fly-by-night literary journal from Brooklyn.

I still have a copy of the journal, called “Greetings.” As I read through it again I smile knowingly at my younger self. It’s clear that I had no idea what I wanted to say, but I knew the effects I wanted to achieve in lines like these:

Hosanna was the word. The word is dead.

The word is vision and the vision God,

God is a whirr of words; the world is dead.

It’s full of Stevensian wordplay (Wallace Stevens, for those who haven’t caught on) and the music is accomplished blank verse (nearly everything I wrote then was in blank verse). It’s rather suggestive of something, though I’m still unsure of what. And it sounds like I had some religious — or irreligious — bone to pick.

In reality, words like “God” made it in because they were big sounding, not because they betrayed any deep thoughts about religion. Other “big sounding” words from the same poem include: mimic, platitudes, fragrant, decree and fertile. In fact, I wasn’t really concerned with meaning at all. It was just a matter of music.

An accomplished poet I knew at the time regarded my literary attempts with circumspection. “Forget about writing poetry,” he advised me. “Write stories, novels, anything but poetry.” He was in his seventies and spoke from experience. He had been struggling to publish his verse for decades with only minimal success. My reply? Fuggedaboudit.

Samuel Menashe did, however, achieve the success he desired — and deserved. In 2004 he received the first Neglected Masters Award from the Poetry Foundation. The name of the award says it all, I think. Fuggedaboudit.

By then, however, I was already in Italy working on my secret masterpiece, an epic poem to rival Byron’s “Don Juan.” The poem, as it turns out, was about a poet with writer’s block. It tracks the vicissitudes of Thane Dimatims from his precocious success as a young author to his decline (and fall, literally) into alcoholism and self-obsession. It was meant to be a parody and was — I believed — incredibly funny.

It was conceived during a period of almost manic productivity. I’d sit for hours in places like Villa Borghese, pen to paper, and fill entire notebooks of rhymed verse. I put everything into it, so much so that after a few months I had nothing left to say. After a few desperate attempts to resuscitate it (I thought of it as an endless work-in-progress) I tucked it away in a file on my computer where it remains to this day.

During the same period I was working on a verse translation of a lost Italian epic from the Fascist period. It never got past the rough draft. You might say I was having delusions of grandeur, but I believed I was up to something important. I believed in literature, deeply, almost religiously. There seemed no more noble pursuit.

The sad ending to the story is that I no longer have much time for writing. I still venerate the writers I love but I no longer imitate them. When I write I write to be read, not for the sheer thrill of making music. I hope one day to get back to that kind of writing, though.

And when I do I also hope I’ll have something to say.