On the razor’s edge 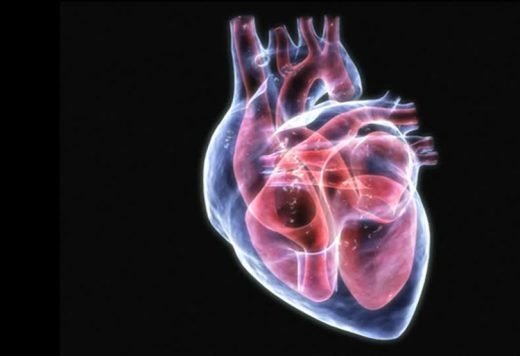 olumnist and doctor Susan Levenstein once tried soothe the wife of a hospitalized by getting inside information. The result was a nightmare.

Italian public hospital doctors tend to despise general practitioners and resent private physicians, and defend their realm from both. One time a patient came to my office in obvious need of immediate abdominal surgery. I shipped him off to the emergency room with a referral letter. When I heard from the family that he’d undergone some kind of operation, I tracked down the surgeon on the phone – and the guy refused to tell me what he’d found.
During my residency in New York City hospitals the attitude wasn’t much different. Our self-importance was reflected in the sneering phrases we’d use to refer to outsiders. “Saint Elsewhere” was resident slang for a humbler hospital that had, in our view, mishandled a difficult patient and then punted him over to our training institution for us to patch up (New York hospitals’ saints included Anthony, Barnabas, Clare, Elizabeth, Giles, Joseph, Luke, Mary, Vincent, and a host of Johns).

I backed the hospital docs up all the way, and told the patient’s wife that since he hadn’t had a heart attack he’d surely be able to fly home in a couple of days. He died 10 hours later of a ruptured aortic aneurysm.

“LMD,” short for “local medical doctor,” referred archly to a patient’s outside physician, always presumed to be an idiot. A typical emergency room medical history read: “3 days ago 105º fever and difficulty breathing. LMD prescribed aspirin over the phone.”
Being on the other side of the divide, now that I’m an LMD myself, isn’t easy. When I’m trying to get an update on a patient of mine who’s been admitted to one of Rome’s public hospitals, I do everything to avoid the categories of either competitor or smarty pants. The best results come if I have a friendly colleague who works in the hospital and can play spy. When there’s no inside informant for me to turn to, I’ll make diplomatic phone calls attempting to cajole the hospital docs into giving me information, on grounds ranging from the patient’s embassy has asked to be informed, to the relatives are pestering me from the States, to the patient doesn’t speak a word of Italian. Whatever I can think of.
This can lead to some dangerous pussyfooting around. At least once, back in the 1990s, it produced dire consequences. I gave into the pleas of the worried wife of an American tourist who was in the Santo Spirito Hospital’s intensive care unit for chest pain. Against my better judgment, I agreed to make a trip to the hospital to take a look. Once there I played super-nice with the house physicians to avoid offense: I merely glanced at the blood test results and read the x-ray reports without looking at the actual films. I also listened respectfully to the staff’s reassuring conclusions. I backed the hospital docs up all the way, and told the patient’s wife that since he hadn’t had a heart attack he’d surely be able to fly home in a couple of days.
Well, that patient died 10 hours later of a ruptured aortic aneurysm, which occurs when a segment of the body’s main artery has ballooned out as it exits the heart, and bursts. This is a major emergency that can often be diagnosed or at least suspected from a simple chest x-ray, and could have been cured by surgery. I was devastated. When a fit of masochism sent me back to the hospital the next day to take a look at the x-ray I had skipped on my previous trip, the diagnosis seemed obvious. But without knowing that ahead of time, would I have gotten it right just by looking at the film? Was the patient’s death chiefly the fault of the hospital doctors’ failure to make the diagnosis, or was it my own fault for the insecurities that had made me suck up to the hospital staff (and the family) rather than be thorough? Writing about it now 20 years later, nothing has changed: I still shudder with guilt.